The Kentucky Derby Says as Much About America as Horse Racing

“It simultaneously represents everything that is good and bad in the country, all at once.”
-- "Anonymous Shoes 2,” a Millionaire Row attendee. 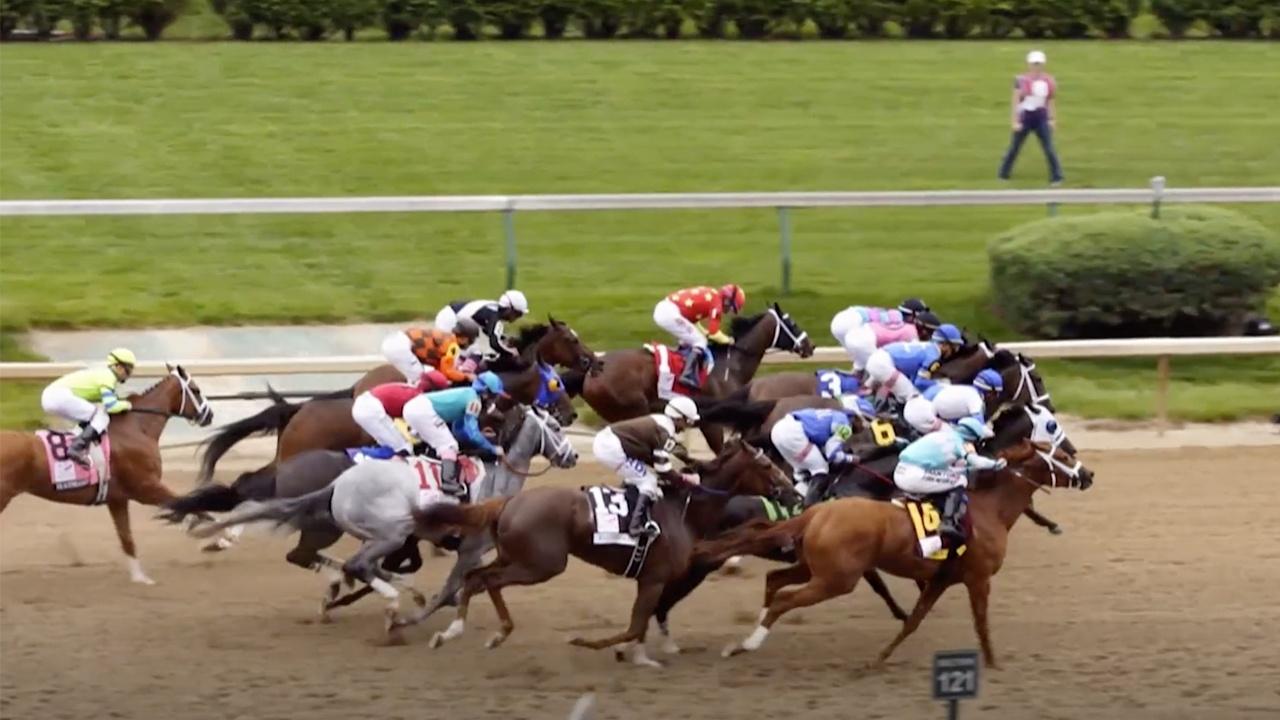 Like most century-long traditions in America, the Kentucky Derby has a complicated place in our culture, and it represents more about our country than just a horse race. From the faces around Churchill Downs that you will never see on television to underdogs from the Virgin Islands to the history of the Derby’s famous cocktail, there are poignant stories to tell about the “Fastest Two Minutes in Sports.”

The Two Sides of Derby Day

In The Derby, a short film presented by Reel South, filmmaker Remington Smith explores how this single sporting event brings together people from across all walks of life -- some to work or make money and some to spend money and party.

As we meet the personalities, The Derby provides a striking to parallel to America's socioeconomic ladder, even within the party-going group. While the majority of the crowd spends their time in the infield dressed in fancy clothes and hats, most leave covered in mud, carrying their shoes. Meanwhile, the truly elite are shuttled from private planes to the isolated, catered confines of Millionaire’s Row.

Reaching for the Derby Dream

For those who work in the horse racing industry, the Kentucky Derby is the ultimate dream and validation of work. The field of jockeys is an international affair -- this year’s group features pilots from the United States, Puerto Rico, Venezuela, Panama, France, Colombia, Dominican Republic, and Jamaica. But this was not always the case.

In 2013, a group of three men from the Virgin Islands -- jockeys Kevin Krigger and Victor Lebron, and assistant trainer Gareem Nicolas -- became the first to represent their country at the Derby. In The Dream: The Road to the Kentucky Derby from WTJX in the Virgin Islands, explores the long history and continuing popularity of horse racing in the Virgin Islands, and how the journey these men took to the pinnacle of their profession.

The Legend of the Mint Julep

Horses, jockeys and trainers may come and go, but the mint julep is the true constant of the Kentucky Derby. This brings to mind two important questions:

Q: How do you make an authentic mint julep?
A: Watch the video above from PBS NewsHour.

Q: How did the mint julep become the undisputed drink of the Derby?
A: We don’t know.

To try to find our answer, we turned to PBS Food’s History Kitchen blog. According to author Tori Avey, the drink has a long history with the state of Kentucky. In fact, as early as 1816, silver julep cups were offered as prizes at local county fairs. Originally, the julep was made with brandy or rum. However, the drink gained popularity when whiskey -- a much more accessible and affordable liquor -- was substituted in.

Avey has a lot more interesting information the history of the drink (and another recipe), including this fascinating tale:

A legend claims that the mint julep arrived in America when a man was searching near the Mississippi River for water to add to his bourbon. When he saw mint growing wild, he decided to drop a few leaves into his libation—ta da! Mint julep.

Ultimately though, Avey concludes we don’t know exactly how the julep became the star drink of the event in 1938. But, however it happened, the bourbon-centric cocktail is the perfect match for the state’s most famous event.

Is the Kentucky Derby a tradition in your home? Do you sip a julep each May? Let us know in the comments.