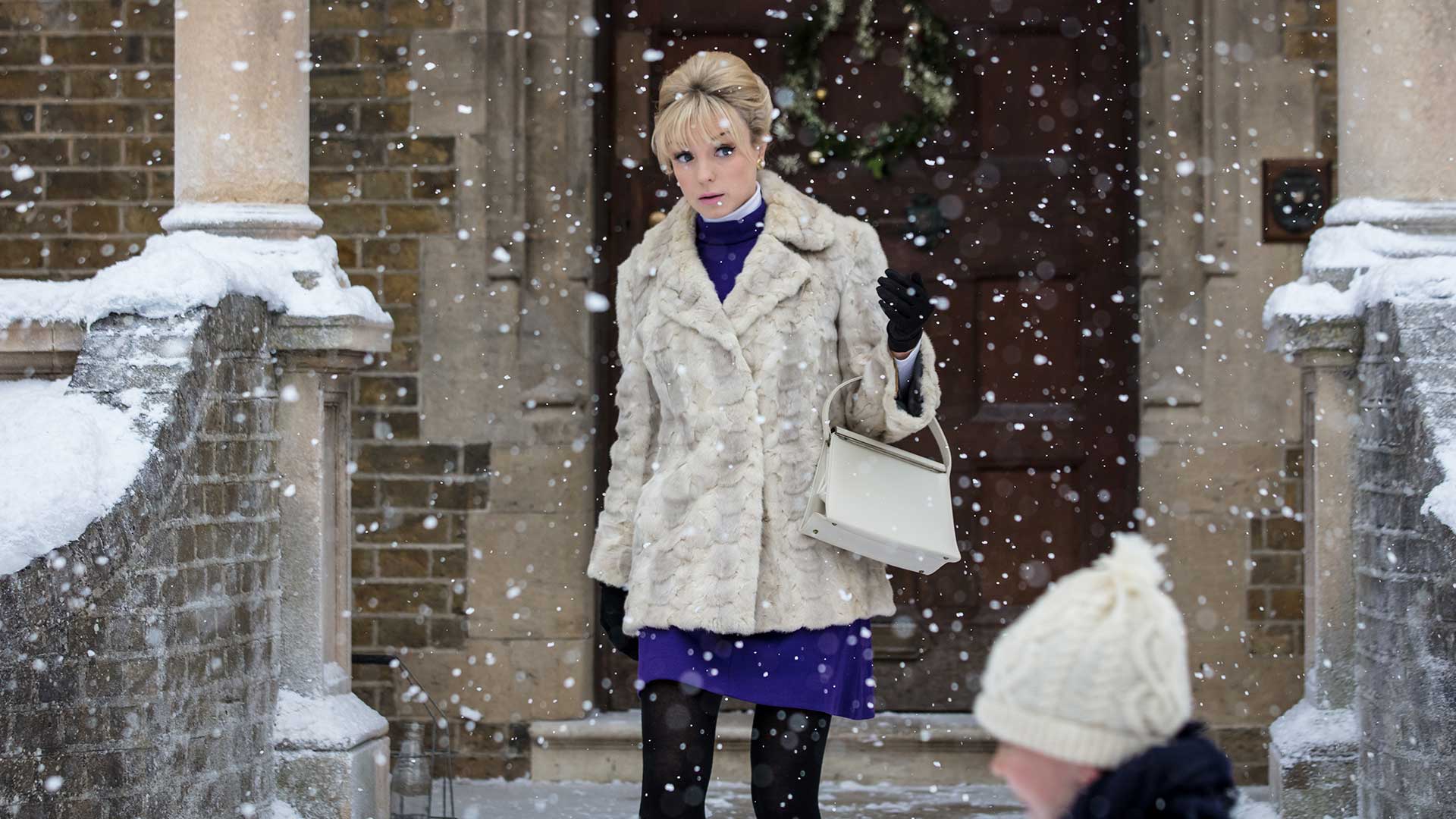 Nurse Trixie Franklin is a bright, glamorous girl in her early 30's, all fully-fashioned nylons and lush red lipstick.

She loves jazz, dancing and Keep Fit, but sometimes smokes Sobranie cigarettes. She has an outgoing disposition and a quick wit and isn’t afraid to speak her mind, though she is not always as confident as she appears.  Trixie is a self-confessed alcoholic who now enjoys sobriety and has been single since the break-down of her relationship with Christopher Dockerill. She shows a real flare for understanding the medical aspects of her day-to-day midwifery and nursing care.

Describe the universality of the themes in Call the Midwife, and its enduring appeal.

It’s been taken into the hearts of so many British homes…and families as well. It’s become a real family drama which is interesting because the subject matter is something that you’d think would be for adults only, and we do tackle such hard issues. But, it’s lovely we have such a young fan base as well. A lot of the people I talk to are young girls – thirteen year olds, even as young as eight year-olds. People allow their children to watch it because they see it as a wholesome programme, but also a programme that’s educational.

The series does so well and seems to be getting more popular because we’ve got such a good writer – Heidi Thomas – she has really good stories and writes brilliant scripts. Plus, we all get on and I think that comes across on TV. People want to be at Nonnatus House with us…I hope!

How has the series embraced the Sixties?

The Sixties, they were a really interesting time for Trixie. In terms of fashion you see the silhouette of the woman change, it becomes less of the big skirts and the pointy bras, and it becomes a much more feminine, slim, fitted outline. And I love wearing things like that. The make-up also changes. You get a bit more eyeliner and the flick starts getting larger and I’m hoping that we get to 1967 so I can do the Twiggy thing at some point. And also the hemlines are getting shorter and shorter, so it’ll be the miniskirt soon – fingers crossed!

Could you deliver a baby for real?

I suppose I just wouldn’t be as surprised as some people as to what’s going on. And I would know how to cut a cord.

What changes have there been over the last few years?

As time has progressed there has been a change and shift in the confidence of the younger women at Nonnatus House. They have found their feet and are starting new classes for mothers and trying to advance things medically. We’re quite progressive and look at working mothers, exploring how women can have a baby and a career which is still relevant today.

Do you enjoy the music from the show?

I really do love the music from the period as I grew up on jazz. We had some Ella Fitzgerald tracks last year which was wonderful, there is such an emotional context to the music in the show. Nothing has really changed in Nonnatus House except that the eyeliner has got thicker and there’s a bit more backcombing but the 60s music outside is really evolving and it will be interesting to follow that through. I’d love to hear more Elvis – he could be a future boyfriend for Trixie.

What are your favourite types of scenes to film? Do you ever get emotional when filming?

Even after all this time, I still get the most out of the birth scenes because they are such a physical challenge. There are always so many props to deal with and you are really put through the wringer. I also like the scenes where we all get together - the dining room scenes are always fun.

I do get quite emotional when filming. Particularly in Season 4, where Trixie had some really testing scenes and I couldn’t stop crying. The emotion was raw and heartfelt. You just have to go with it and embrace it, and then have a cup of tea after to get over it!

How does it make you feel that the series has had such an impact on medical issues and awareness?

One of the proudest things for all of us is the social impact Call the Midwife has had on medical care. There’s been an increase in applications for midwifery training and people say the popularity has made young women and men aware of midwifery as a career path.

The Prime Minister and the leader of the Opposition also spoke about Call the Midwife in parliament during the General Election! It made political news, which is exciting.

What makes Call the Midwife so successful?

I think it’s the universal theme of birth. Everyone has been through it, so everyone can identify with it and we bring it into the heart of each family watching. I even had a letter from a seven-year-old boy who said he loves watching Call the Midwife on a Sunday evening. There are some storylines we cover which will hopefully make young people aware of issues and help them see how far we’ve come since the 1950s and 1960s. The characters are very well written too and are all very different. So, there really is something for everyone. They are strong women and it’s nice to see a TV show about strong women.

Trixie seems to get the best costumes, do you enjoy that?

I’m spoilt because I get to wear some really lovely dresses. There’s a lovely collection and we spend a lot of time going through them all. Trixie has always got lovely coats and really thinks through her outfits because she wants to be someone different every night. She’ll dress like Doris Day on one occasion and Marilyn on another or even a bit more beatnik with a polo neck.

Show us your posts with your paper doll on social media by using #MidwifePBS!