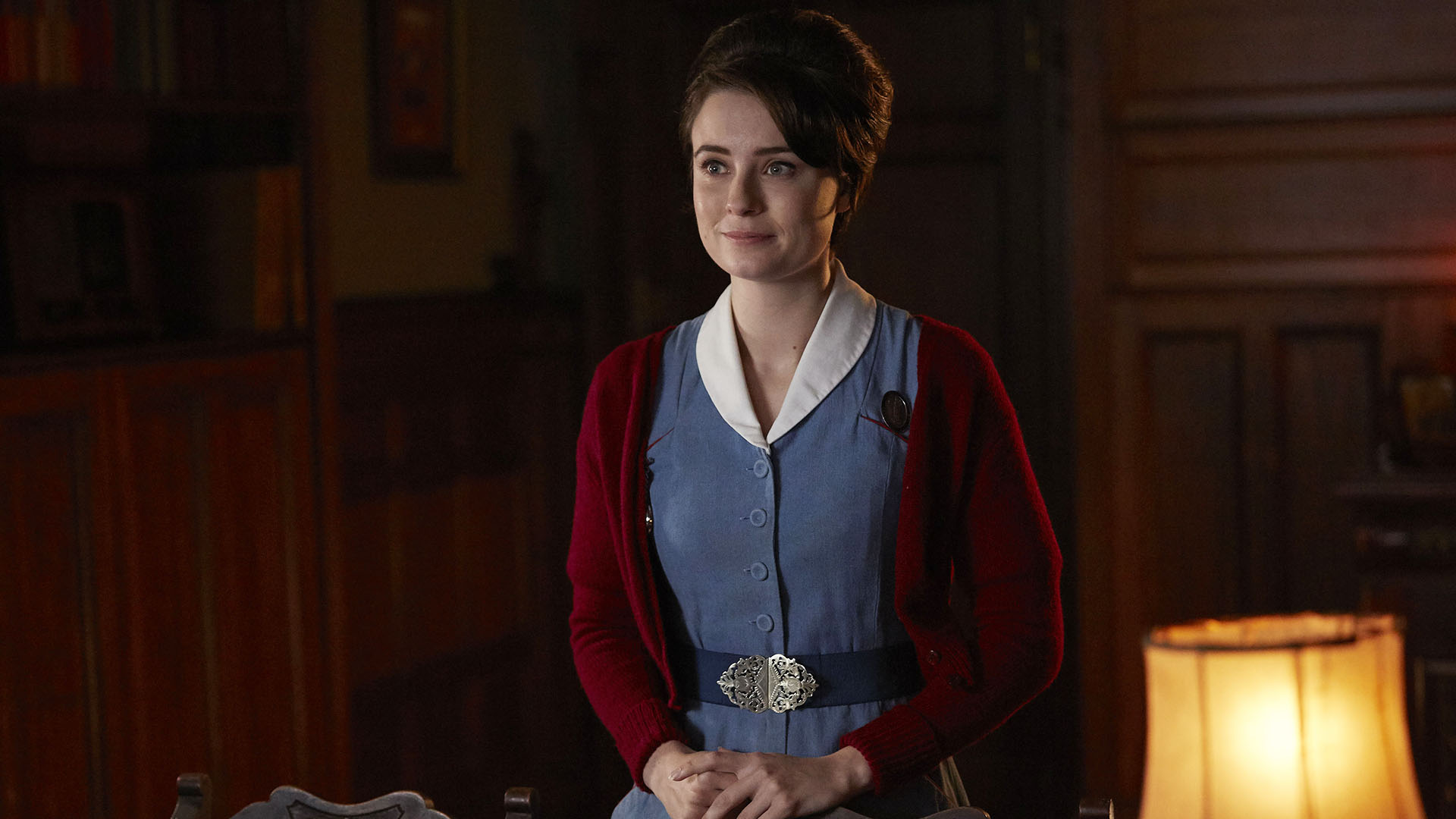 Valerie Dyer is a funny, feisty girl, who comes from old Poplar stock – her family have lived near the docks for almost a hundred years. Seeking to widen her horizons and have an adventure, Valerie joined the Queen Alexandra's Nursing Corps as soon as she qualified as a nurse.

She served with the army in Hong Kong and more recently Germany. Having satisfied her wanderlust, Valerie left the forces and come home to Britain. Well at least that's what she's been telling people. The truth of the matter is that she actually left under a bit of a cloud but is playing her cards very close to her chest for now.

After a stint working in her Aunt's pub, pulling pints for the Dockers, Valerie was keen to find work as a nurse but faced rejection, which she took on the chin, putting it down to snobbery within the nursing profession. Her quick thinking at the scene of an explosion got her noticed by Sister Julienne and she joined the team at Nonnatus House.