Doc Gruber is shark midwife to a 10-foot lemon shark. 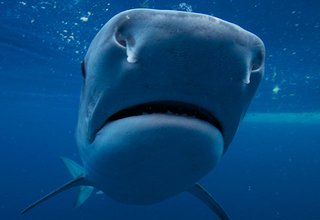 A tiger shark near Raine IslandRichard Fitzpatrick One billion people rely upon fish and seafood as their primary source of protein. By 2050, with a global population projected at 9.3 billion, all the world's fisheries are predicted to be in a state of total collapse. Understanding the top predators and their link to our global fish stocks is a small part of an urgent drive to understand the oceans. Tagging great ocean wanderers gives us the ability to track and gather data on the movement of fish stocks in time and space — it’s like social media for big fish. One could even say the work that the scientists are doing is creating a "Fish Facebook."

From the data, one can work out their seasonal migration routes, identify mass gatherings of prey; discover mass spawning events and tell us where to find their birthing grounds. Learning about predator movements provides a crucial understanding of how researchers work out where in the oceans to protect and create what are known as MPAs (Marine Protected Areas) where no fishing is allowed. The idea is that this will help to replenish fish stocks and maintain healthy oceans. Marine Protected Areas are key to replenishing biodiversity and supporting the oceans fish stocks. Studies have shown that “no take” marine protected areas, not only double the amount of fish but also their size, in a very short period of time. They also serve as safe breeding grounds for key threatened species, such as whales and marine turtles, and yet less than one half of one percent of marine habitats are protected. 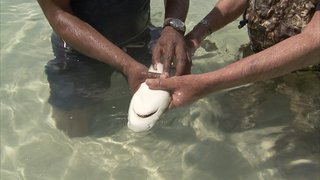 A baby lemon shark in tonicPassion Planet Tonic immobility (also known as thanatosis or a cataleptic state) is a natural state of paralysis that some animals enter under various stimuli, and can mimic lifelessness. Most sharks display tonic immobility as a response to one well-documented stimulus: being inverted. Some species of shark may also display tonic immobility after being handled in other ways. During tonic immobility a shark will relax, its breathing will slow and become even, and it may be touched or otherwise stimulated with virtually no response. This state may last up to fifteen minutes, after which the shark will typically right itself and simply swim away, with no apparent harm done. The predominant theory is that the state of inversion causes some physiological imbalance in sharks which causes tonic immobility. 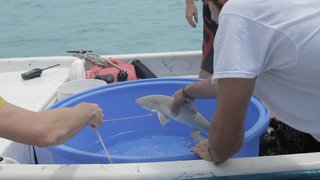 A baby lemon shark is processed by students.Passion Planet Sharks are a misunderstood but fascinating species of fish that are not well liked but are a necessary component to maintaining a complete ecosystem. Many things are known about sharks, but there is so much more to discover. Sharks are very difficult to study as many species cannot survive in captivity, particularly the larger species, such as Great Whites and tiger shark. These sharks have to be studied in their own habitats. This can be a scary business! However there is a solution.

There are many types of tags that tell us about the science of sharks — the main two classes of electronic tags are transmitters and data-loggers. Transmitters send data from their host animal remotely via sound or radio waves to a receiver. Data-loggers store all of their data in on-board memory and must be recovered from the animal for downloading. Some electronic tags combine both data-logger and transmitter in a single device like Pop-Up Archival Satellite Tags (PATs), which store large volumes of data in on-board memory and then transmit to satellites. Many electronic tags obtain environmental information via a suite of sensors. The most commonly used sensors measure depth (pressure), temperature, salinity (conductivity) and light levels. Sensor information helps biologists to better understand the environment in which animals live. The tags also give GPS coordinates so we know where the animal has been and the patterns of travel over a period of time.

Every year, thousands of green turtles return to Raine Island, the beach they began life as eggs, to lay their own eggs and thus ensure the survival of the species. Raine Island is a nature preserve and the largest marine sea bird rookery in the Great Barrier Reef World Heritage area and possibly Australia. Most importantly though, Raine Island is the world’s most prolific nesting site for the endangered green turtle — 80,000 come here in a good year to nest and lay their eggs. 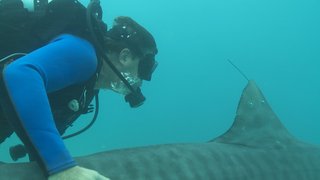 A scientist swims with a tiger shark.Richard Fitzpatrick Raine Island is also a very small place — 800 meters by 400 meters at high tide. So many turtles come here to nest that they often are seen climbing over each other and digging up each other’s nests. The other half of the story is that when the turtles make the annual migration, so do sharks. Sharks come from all over the Coral Sea, including the tropical seas' most voracious predator, the tiger shark. Tiger sharks appear in great numbers at Raine Island at the same time as the peak turtle nesting period to feast.

Tiger Sharks Up Close and Personal 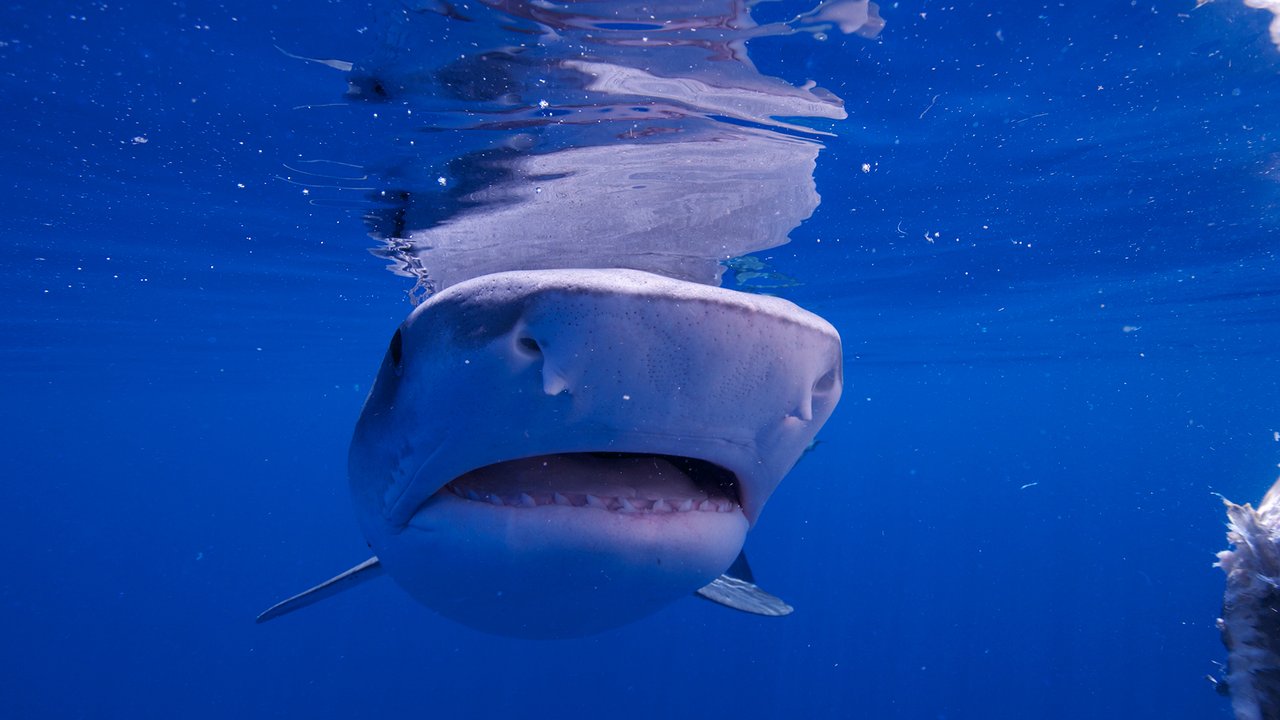 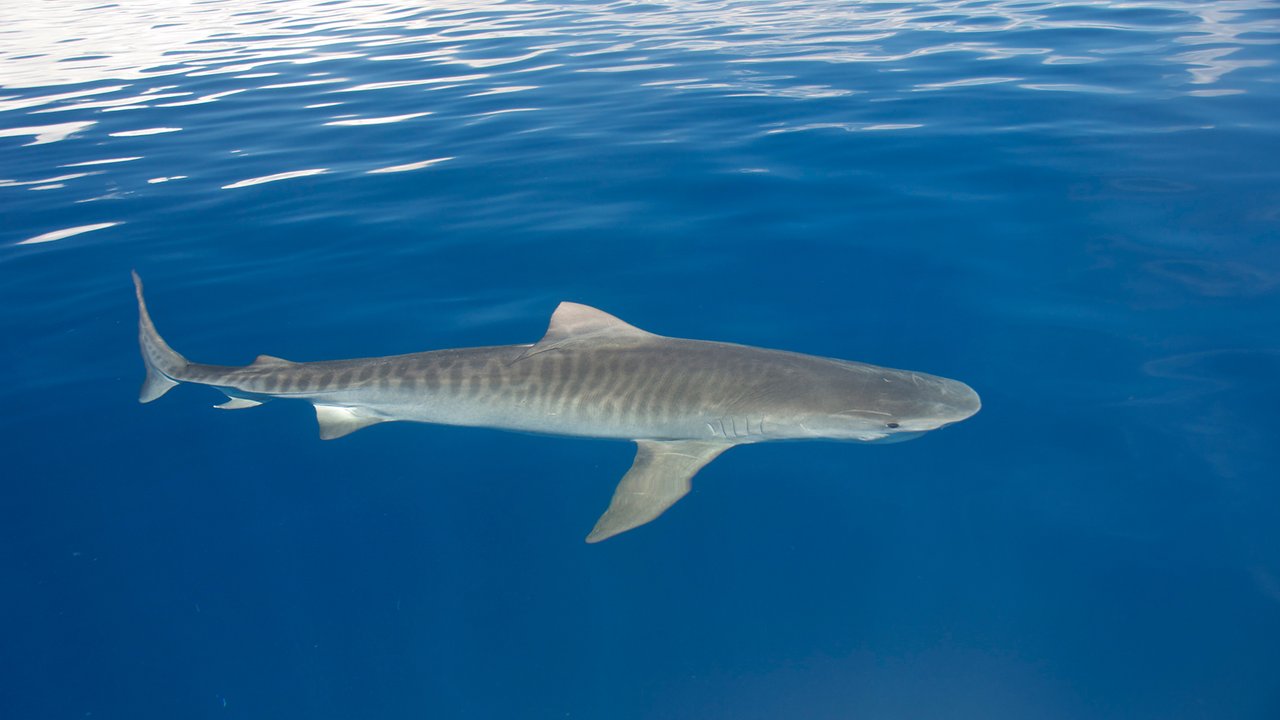 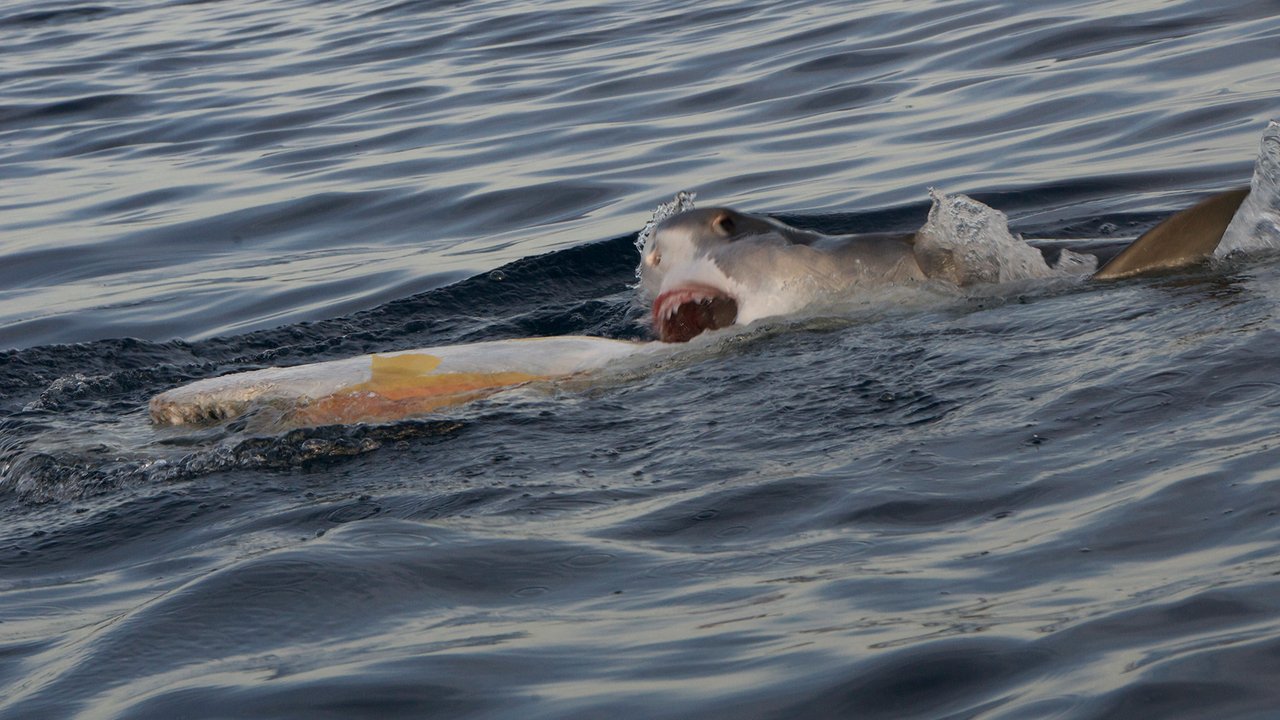 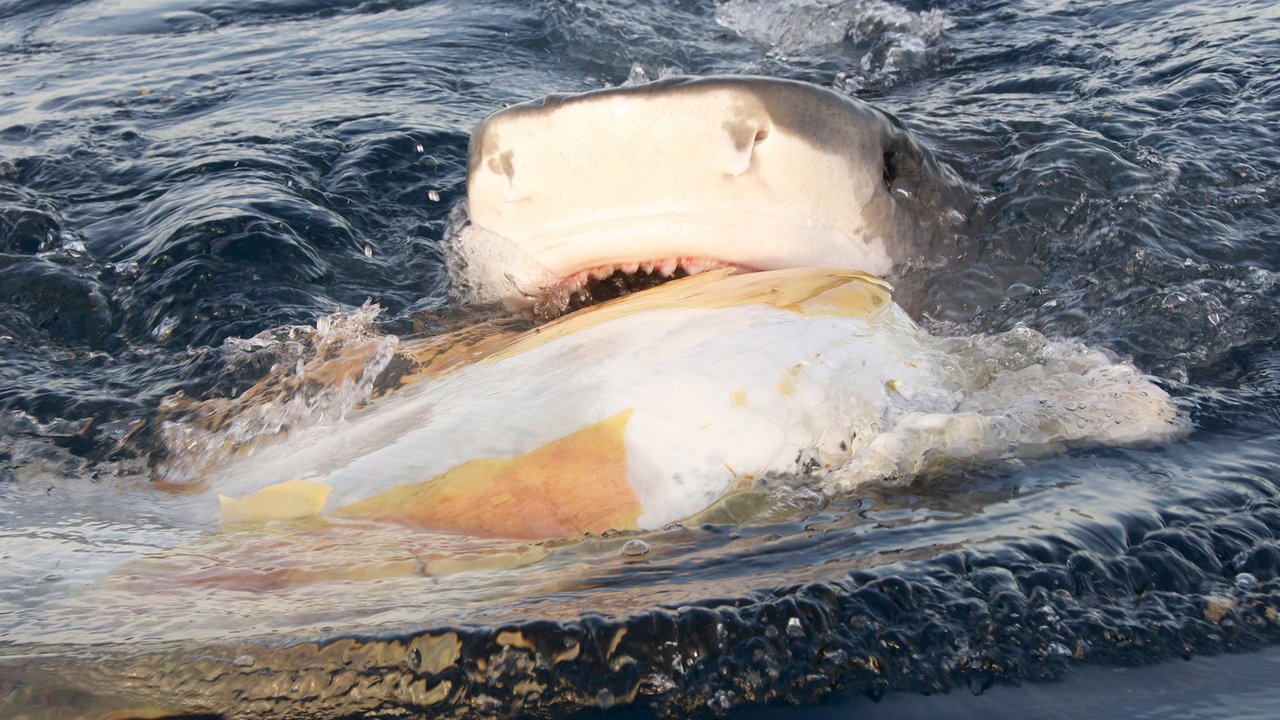 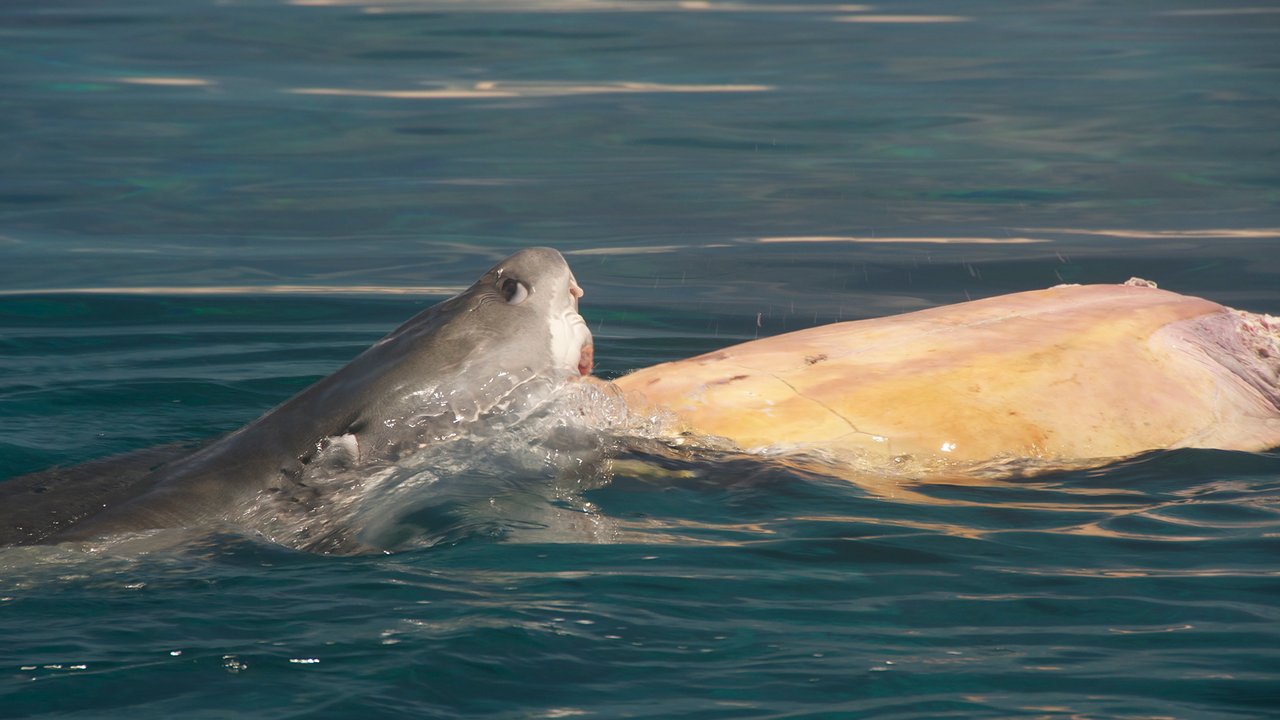 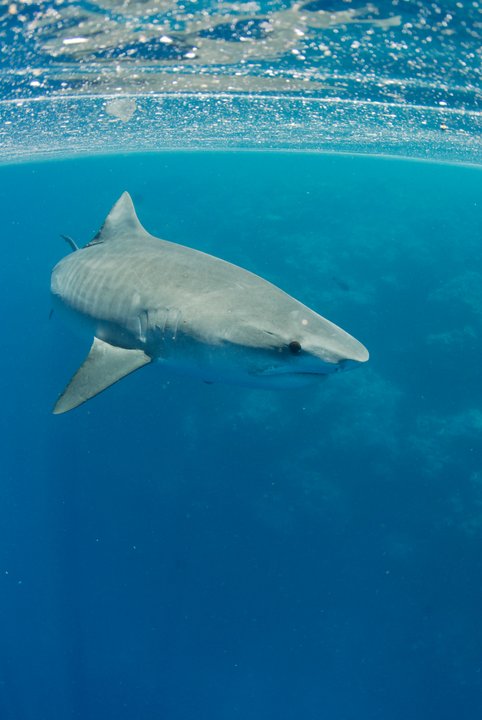 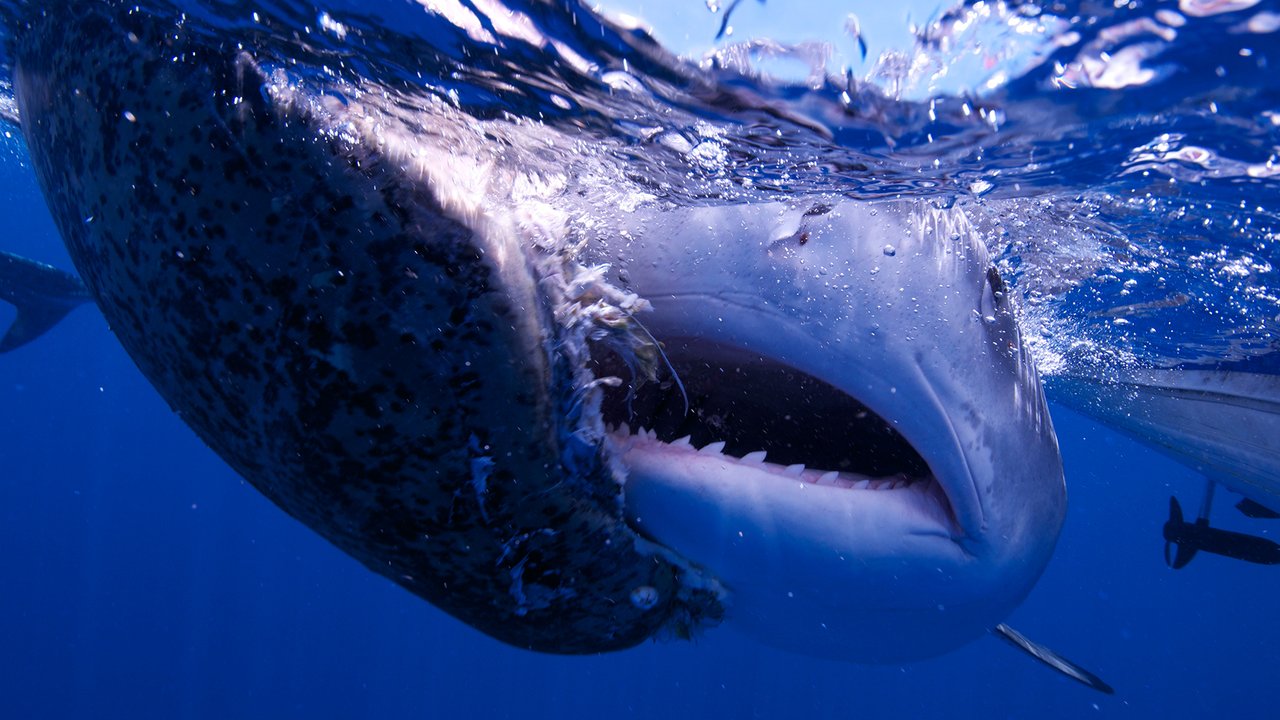 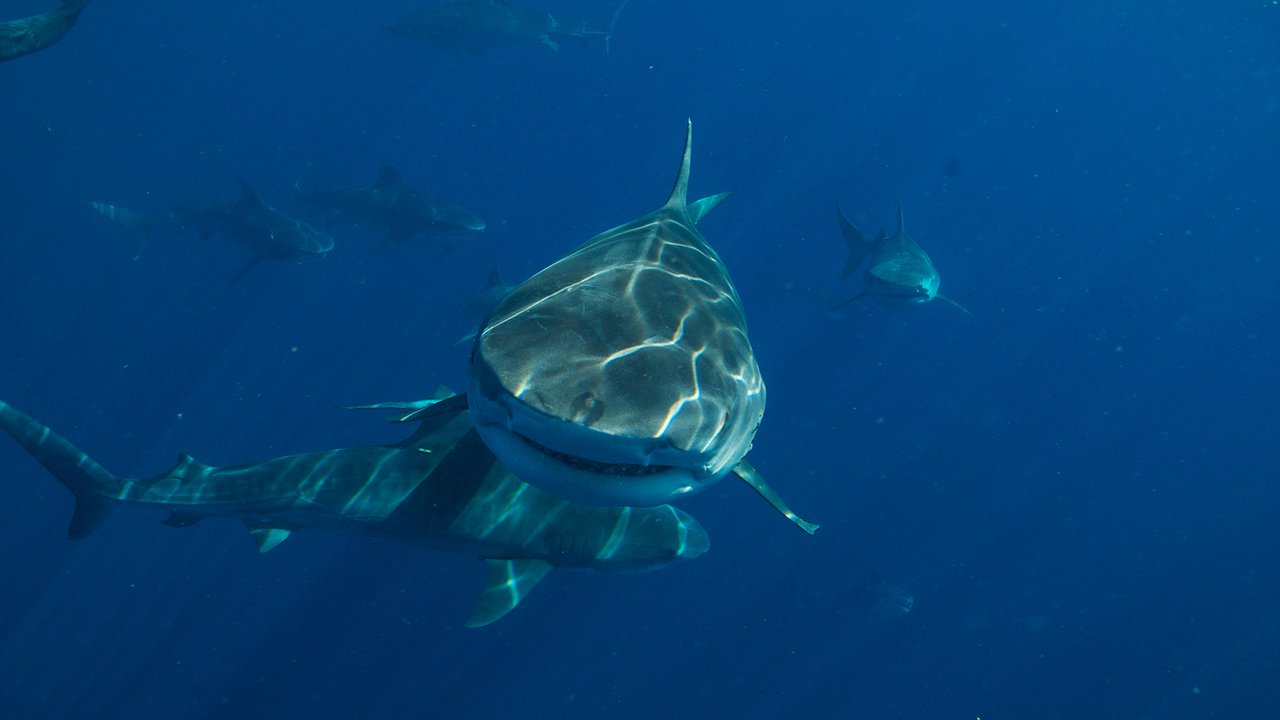 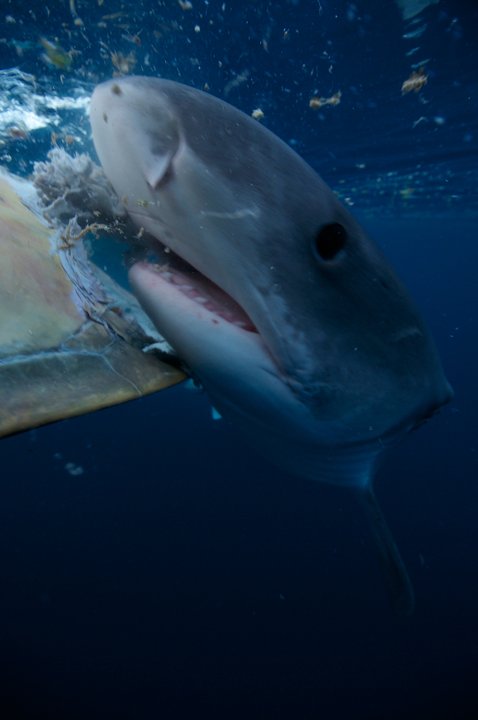 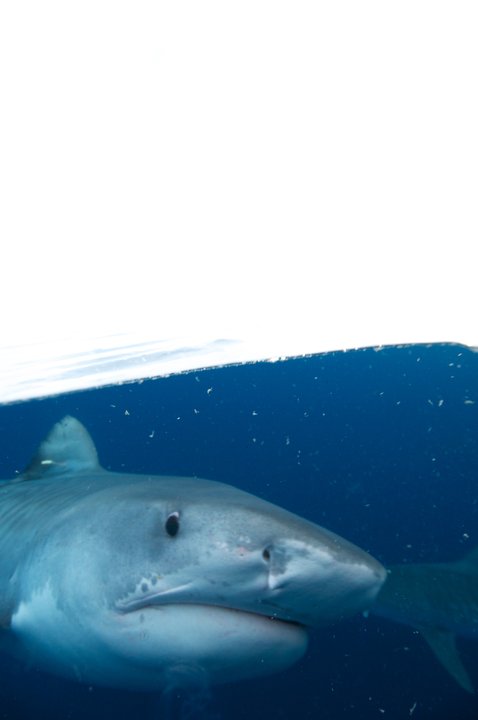 FACT More than a billion people rely on fish as their main or sole source of animal protein.

FACT More than 70% of the world’s fisheries are in danger.

FACT Fish captured from the oceans have an estimated economic value of over $80 billion.

FACT One of every six jobs in the United States is marine-related, and over one-third of the U.S. Gross National Product originates in coastal areas.

FACT Between 26 and 73 million sharks are killed each year for their fins.

FACT The world's fish catch has quintupled since the end of WWII to the present day. We now remove more wild seafood from the oceans every year than the weight of the entire human population of China.

FACT 75% of global fish stocks are fully used, overused or in crisis.

Scientists Featured in This Episode 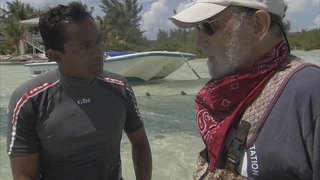 Sanjayan and Doc GruberPassion PlanetDoc Gruber
Dr. Samuel H. Gruber is a shark biologist and founder of the American Elasmobranch Society. Originally from Brooklyn, NY, he moved to South Florida and received his BA in zoology from the University of Miami and an MS and Ph.D. in Marine Science. He is currently a Professor at the University of Miami's Rosential School for Marine and Atmospheric Science and is their Bimini Field Station Director. Dr. Gruber is a recognized authority on shark science, having completed 49 Atlantic research cruises and 170 scientific publications.

He has specialized in shark behavior, anatomy, sensory systems and tracking. Gruber is perhaps best known for his studies on habitat selection and homing behavior of lemon sharks and eagle rays around the Bimini Shark Lab. 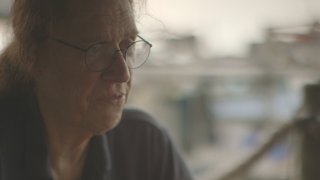 Jeremy JacksonPassion Planet Jeremy Jackson is a marine ecologist, paleontologist and a professor at the Scripps Institution of Oceanography in La Jolla, California as well as a Senior Scientist Emeritus at the Smithsonian Tropical Research Institute in the Republic of Panama. He has published over 150 scientific publications — 18 of which are in the journal Science — and has written seven books.

New knowledge of the animals that live in the oceans can help us save them.

Learn the story of the discovery of the haunting song of the humpback whale.