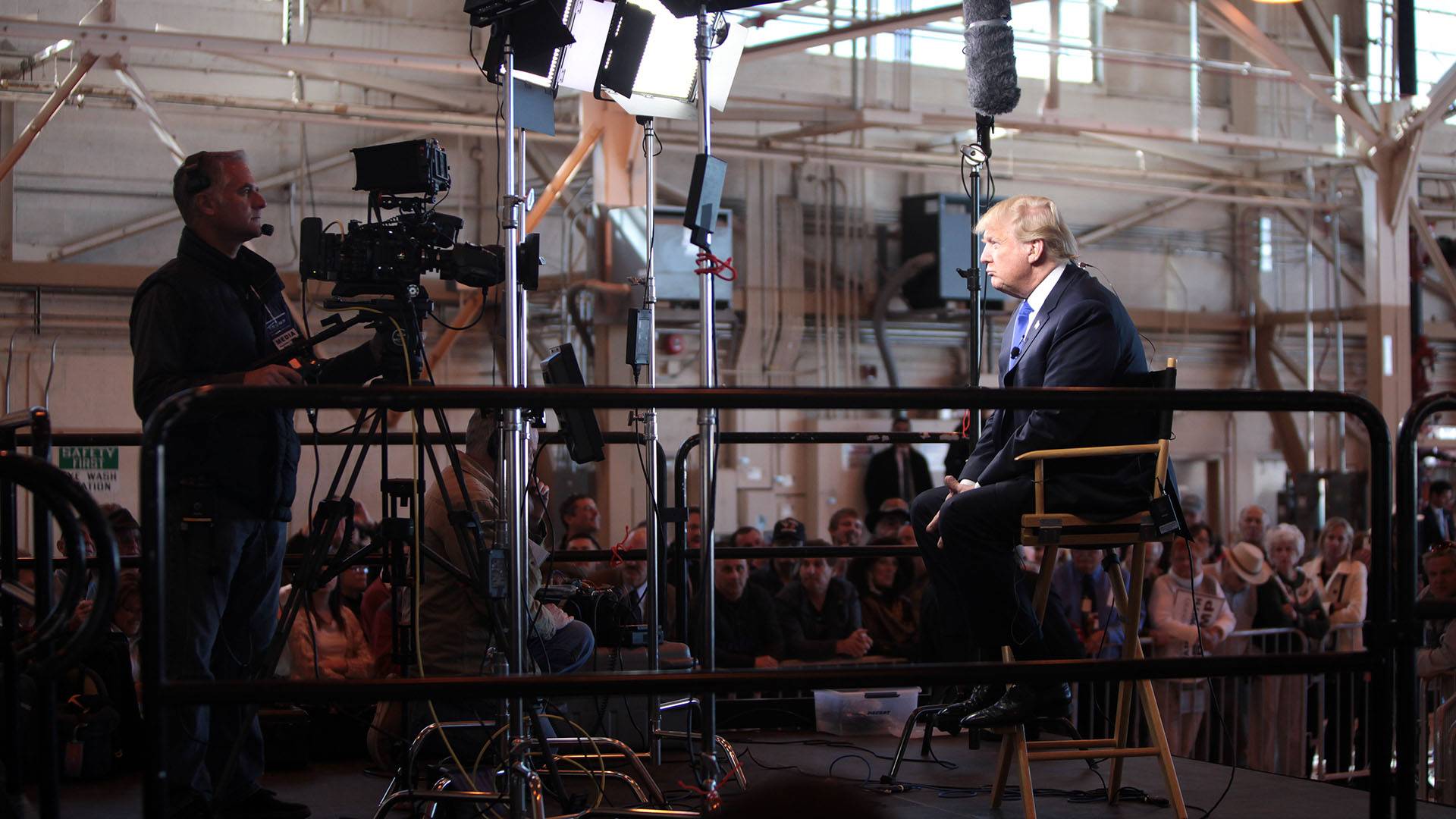 President-Elect Donald Trump has had a busy week, as details about his incoming administration and cabinet picks consumed the news cycle.

MetroFocus Hate Crimes Sweep America We discuss the rise of hate crimes since the Presidential election. But as Trump prepares to transition into the White House, the nation faces an alarming spike in reported hateful incidents, as questions remain about the president-elect's policies, business interests and his team.

Former New York Mayor Rudy Giuliani addressed Trump's outstanding corporate ties, and the roles that his adult children might play in the future.

PBS NewsHour looks at the role that fake and hoax news sites played in spreading misinformation during the final weeks of the presidential race. Meanwhile a rash of hate crimes and incidents has been reported across the country.

PBS NewsHour News Wrap: Trump transition gets moving Trump received a parade of potential cabinet officers, while Mike Pence courted Congress. As House Republicans unanimously voted to re-nominate Paul Ryan as Speaker of the House, and began to work towards unifying under a Trump administration, Vice President-Elect Mike Pence suggested that the new Republican congress should prepare for a swift, aggressive legislature. Trump's administration was left to mull the future prospects of FBI Director James Comey, following his controversial interjection in the final weeks of the 2016 elections.

As rumors swirled within the media about Trump's cabinet choices, the business mogul began to offer appointments to several Republican lawmakers - some of whose conservative positions have rankled critics and civil rights advocates.

PBS NewsHour Obama: ‘This office has a way of waking you up’ Donald Trump’s choice of Steve Bannon as Chief of Staff was met with criticism. As a new administration began to form, President Obama traveled to Europe, where he met with German Chancellor Angela Merkel, reaffirmed the solidarity between the two nations - and delivered some pointed remarks about the incoming president-elect.

In the wake of their election defeat, Democrats turn to the future of their party, as Hillary Clinton made her first public speech since election day - urging her supporters to "stay engaged on every level."

Many of Trump's policies remain unclear, and public media looks to the future, offering some insight into what can be expected from the president-elect.