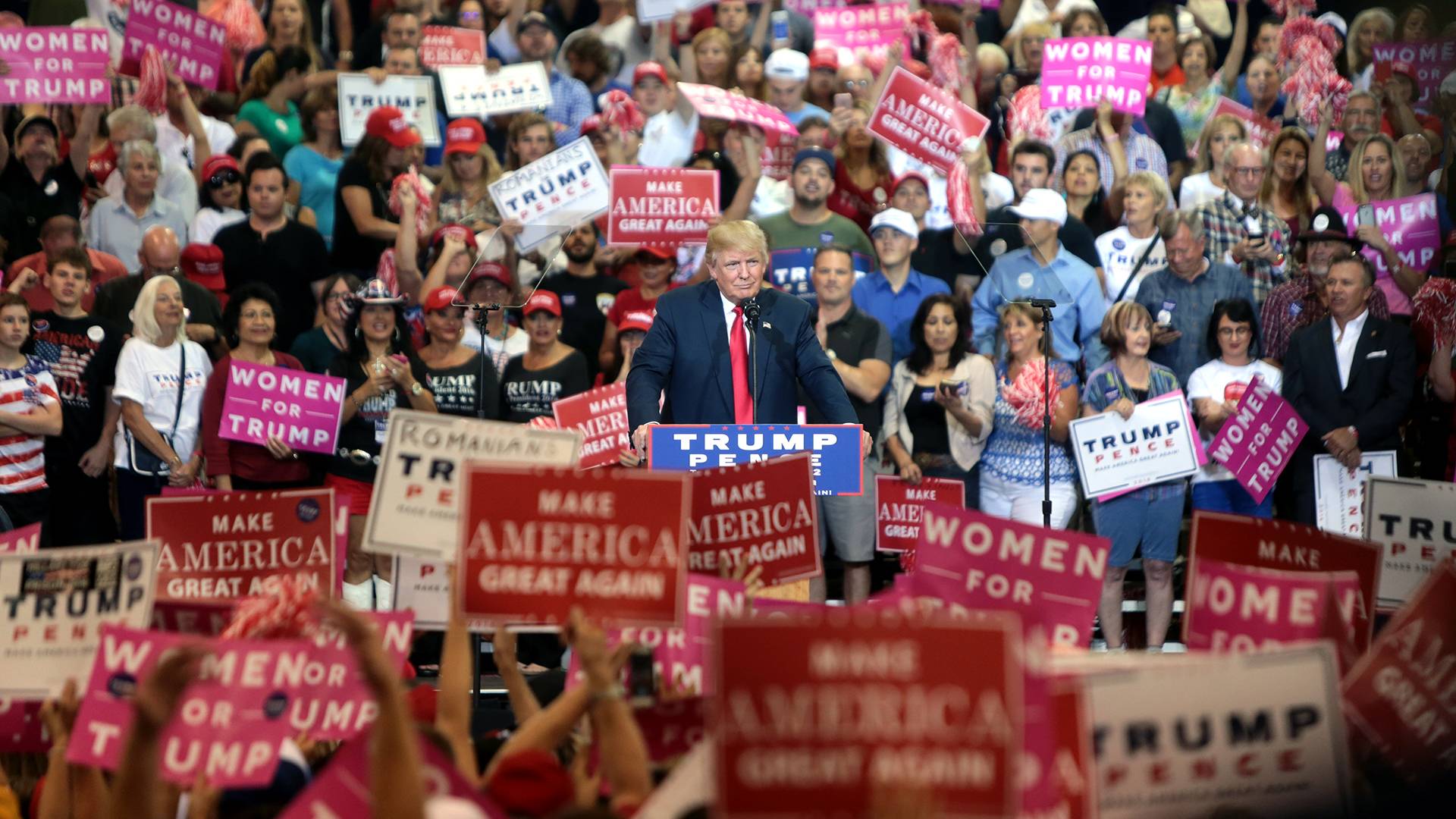 This week the electoral college met to formally cast their votes, making Donald Trump the 45th president of the United States.

While President-elect Trump's transition process was underway, the nation faced stark divisions, the implication of Russia's involvement in pre-election hacking and the ongoing threat of global terrorism.

Some critics claimed that in the wake of his presidential victory, Trump was doing too little to mend bridges and reach out to Democratic voters.

The electoral college, which granted the president-elect 306 votes in total, saw a record number of 'faithless elector' defections but did not bow to pressure from multiple sources to deny Trump the White House. PBS NewsHour investigated a nation distrustful of an electoral process marred by reports of hacking, errors and bitter partisan spats.

The nation's top intelligence agencies agreed this week that Russia had been involved in hacking, with the goal of bolstering Trump's presidential bid. While reports of the hacks have persisted for months, the consensus between the FBI and the CIA was the strongest affirmation yet of foreign involvement in cybersecurity breaches during the election cycle.

Washington Week How Obama, Trump & Congress are responding to Russian hacks U.S. intelligence agencies blame Russia for hacks meant to undermine the election. Trump's team remained skeptical of the reports, setting them at odds with both the intelligence community, as well as some Republican lawmakers who have pushed for a probe into the hacks. President Obama explicitly stated that the U.S. would 'take action' regarding the breaches, in an exclusive interview with NPR.

While both the president and first lady Michelle Obama have pledged to offer support to the incoming administration, the first lady called the election 'painful.'

Democrats also had one further bombshell to contend with this week, as a judge ordered the unsealing of the search warrant related to the FBI's investigation of Democratic presidential candidate Hillary Clinton's emails.

PBS NewsHour Obama ties Putin to Russian cyberattacks President Obama gave what is expected to be his final presidential press conference. FBI Director James Comey was criticized for sending a letter to Congress two weeks before election day, regarding his intent to investigate emails found on a laptop belonging to Clinton aide Huma Abedin's husband Anthony Weiner. Critics have suggested that the warrant showed the FBI had scant evidence for continuing their probe of the emails found on the laptop.

After a meeting between top tech industry leaders and the president-elect drew some criticism, Apple CEO Tim Cook explained why he attended.

The president-elect has also had a series of trying news events to contend with this week. Violence erupted in both Turkey and Germany this week, and Trump was quick to lay the blame on 'Islamic terrorists,' while PBS NewsHour reported that he was consulting with his incoming national security adviser about the path forward.

Trump also continues to fend off complaints of conflicts of interest as he seeks to untangle his business interests and settle his transition team.

Chicago Tonight Trump and the Future of Climate Change Research A one-on-one interview with the current U.S. Secretary of Energy. Public media took a look at some of the more recent administration selections - as well as the role Ivanka Trump might be poised to play within the White House.

Meanwhile, Congressional Democrats looked to possible confirmation hearing fights, and the new administration faced criticism for being the least diverse (and the wealthiest) in modern history.

Looking ahead to the first days of the Trump administration NPR examines the Womens March on Washington, scheduled for the day after inauguration, while Marketplace looks at the feasibility of Trump's promises regarding the steel industry. PBS NewsHour looks at the implications for the future of healthcare, and Next Avenue offers some advice on taxes and finance.