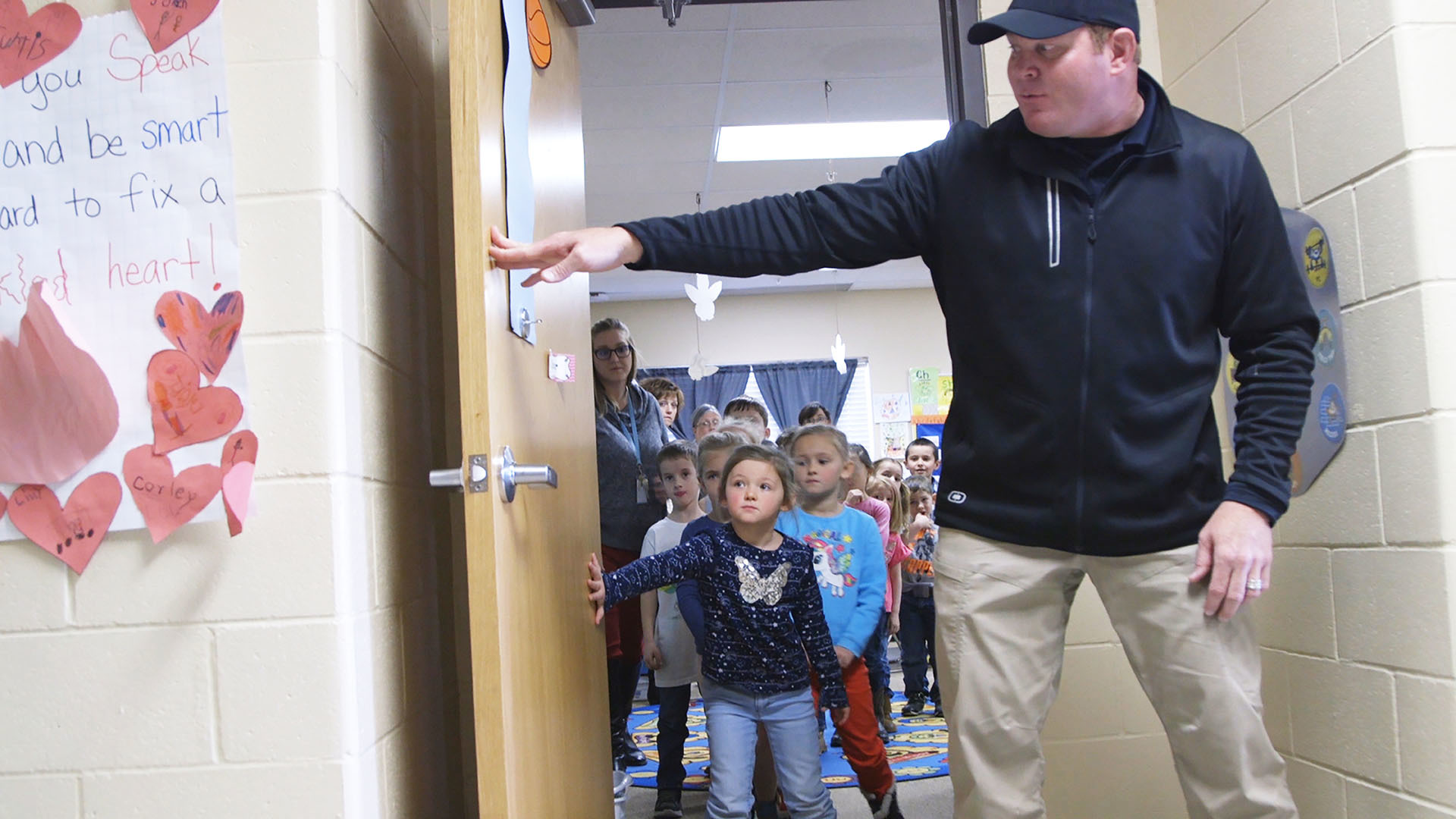 A young student helps the trainer hold a door open as her class practices an evacuation drill. | Credit: McKinleigh Lair

In our 12-minute short documentary, "You Know the Drill," a normal school day in rural Wyoming becomes combative as students flip tables, dog-pile on trainers armed with plastic guns, and ponder whether they could fight back in a real shooting. Over 1,000 miles away on a southern California beach, a child psychologist watches her own children play in the waves after counseling a middle schooler with active shooter drill anxiety. She warns that if we don’t start researching now, it could take 17 years before society knows the consequences of conducting aggressive drills in schools.

My team first began working on the project that became "You Know the Drill" back in the fall of 2018, when we were developing our senior thesis as Documentary Studies and Production students at Ithaca College. After traveling to Pittsburgh in the wake of the Tree of Life synagogue shooting, we became interested in the strategies that communities across the United States were employing to protect themselves against the threat of mass shootings. 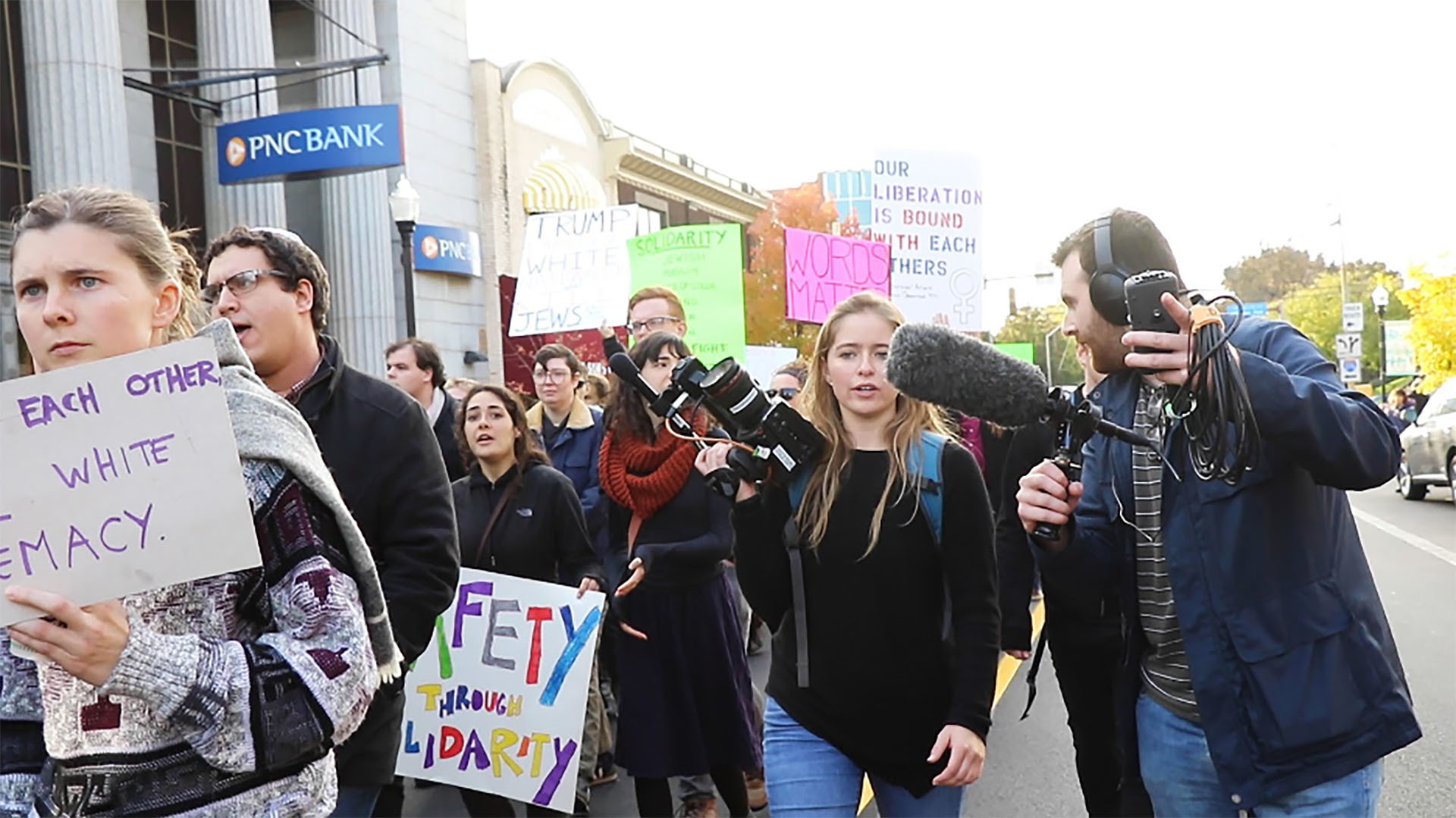 We initially took an anthology approach to the film, seeking to showcase politically and regionally diverse strategies of defense. In upstate New York, we filmed with a pastor who felt safest when armed congregants were stationed throughout his church. We filmed with a former marine teacher in a suburb of Philadelphia who believed guns should never have a place in the classroom. She connected us with her students, who had formed a "students against gun violence" activism group in the wake of the Parkland shooting and they graciously allowed us to document some of their discussions.

Eventually we were presented with the opportunity to film a series of active shooter drills in a remote part of Wyoming and I found these both fascinating and tragic to observe. As the daughter of a public-school administrator who guided students and teachers through multiple shooting scares, I grew up in a household with a heightened sense of responsibility to protect students' physical safety. However, mental health considerations often slip through the cracks – I experienced this firsthand as a young person with a long undiagnosed anxiety disorder. As I sat cross-legged documenting kindergarteners asking questions like, "What if there were four bad guys?" I remember feeling sad. These young students were beginning to learn how to navigate our imperfect world.

Our Wyoming shoot was only a chapter of the senior thesis version of the documentary ("One Nation Under Guns") though we found it intriguing and wished we could give it more screen time. After graduating we decided to expand our edit and seek out other perspectives who could help us contextualize the drills through a mental health point of view. Eventually this became the derivative project we named "You Know the Drill."

As we moved into summer 2019, my Producer Josh Jacobius formed a relationship with Dr. Katherine Williams, a Southern Californian child and adolescent psychologist. Later that summer she welcomed us to film a series of conversations within her community. 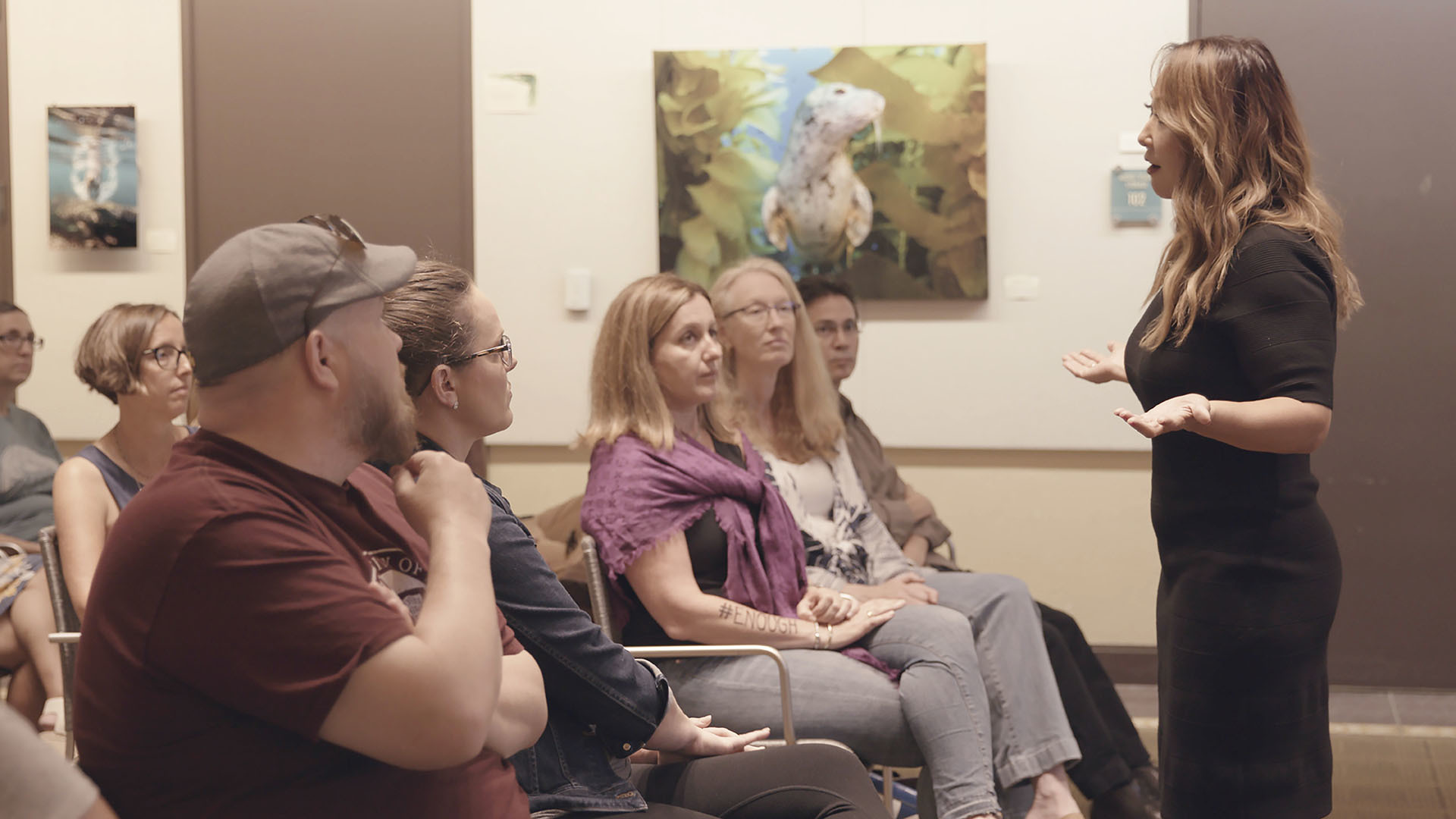 Our team first contacted Dr. Katherine Williams after coming across her Psychology Today article, "5 Strategies for Talking to Children About Mass Shootings." Several months later, we filmed her facilitating an in-person discussion on the same topic. | Credit: McKinleigh Lair

Meanwhile, Josh and I moved to Chicago, where we continued to collaborate as I was interning with Kartemquin Films. Over that summer, Kartemquin staff and creative producers guided interns through a range of educational workshops and on-set opportunities, which I found absolutely transformational. In addition to logistical advice, they helped me form my own road map for navigating documentary ethics while filming in the verité style. The internship culminated in a film showcase where Josh and I presented an early draft of "You Know the Drill," received valuable feedback, and afterward continued to hone the edit.

As we transitioned into 2020, we began applying to festivals and seeking out opportunities to screen at mental health conferences. Then as the pandemic began to set in, we realized that our distribution plan would likely look different than we’d initially envisioned.

As I sat cross-legged documenting kindergarteners asking questions like, 'What if there were four bad guys?' I remember feeling sad. These young students were beginning to learn how to navigate our imperfect world.
McKinleigh Lair

When we heard the news that Illinois Public Media would be presenting our film at the PBS Short Film Festival, we were thrilled for the opportunity to premiere on such an accessible and trusted online platform.

"You Know the Drill" profiles a situation my team and I consider extremely underrepresented. Though we have read articles and spoken to experts who note the lack of data surrounding armed assailant drills, we haven’t found any other documentary coverage on this topic. We hope our coverage will elevate this problem to America’s national consciousness – a step toward our ultimate goal of encouraging the enactment of long-lasting change made possible by well-funded research. 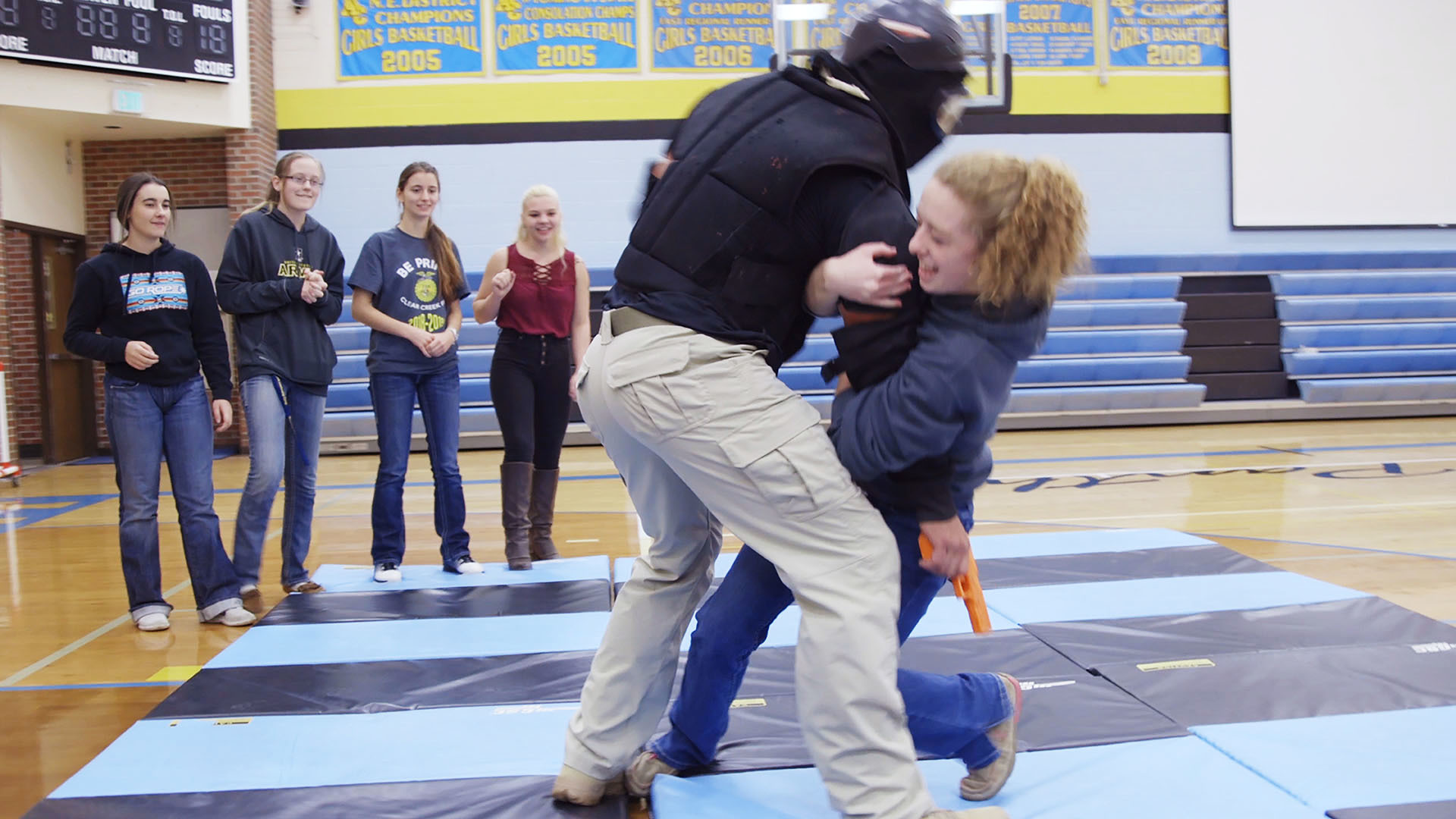 The drills we observed in Wyoming increased in escalation as the students got older. Here, a high school student was asked to practice tackling a trainer armed with a fake gun. | Credit: McKinleigh Lair

Though we’re disappointed we can’t currently connect in person with our viewers, we’re thankful that our audience won’t be limited to those who can afford to attend a festival or have the credentials for a medical conference. We’ve created a discussion guide [and more on our website], so after watching, our viewers can have the necessary context to start conversations within their own communities.

You Know the Drill

As combative active shooter drills unfold in rural Wyoming, a child psychologist implores her community to consider the consequences. 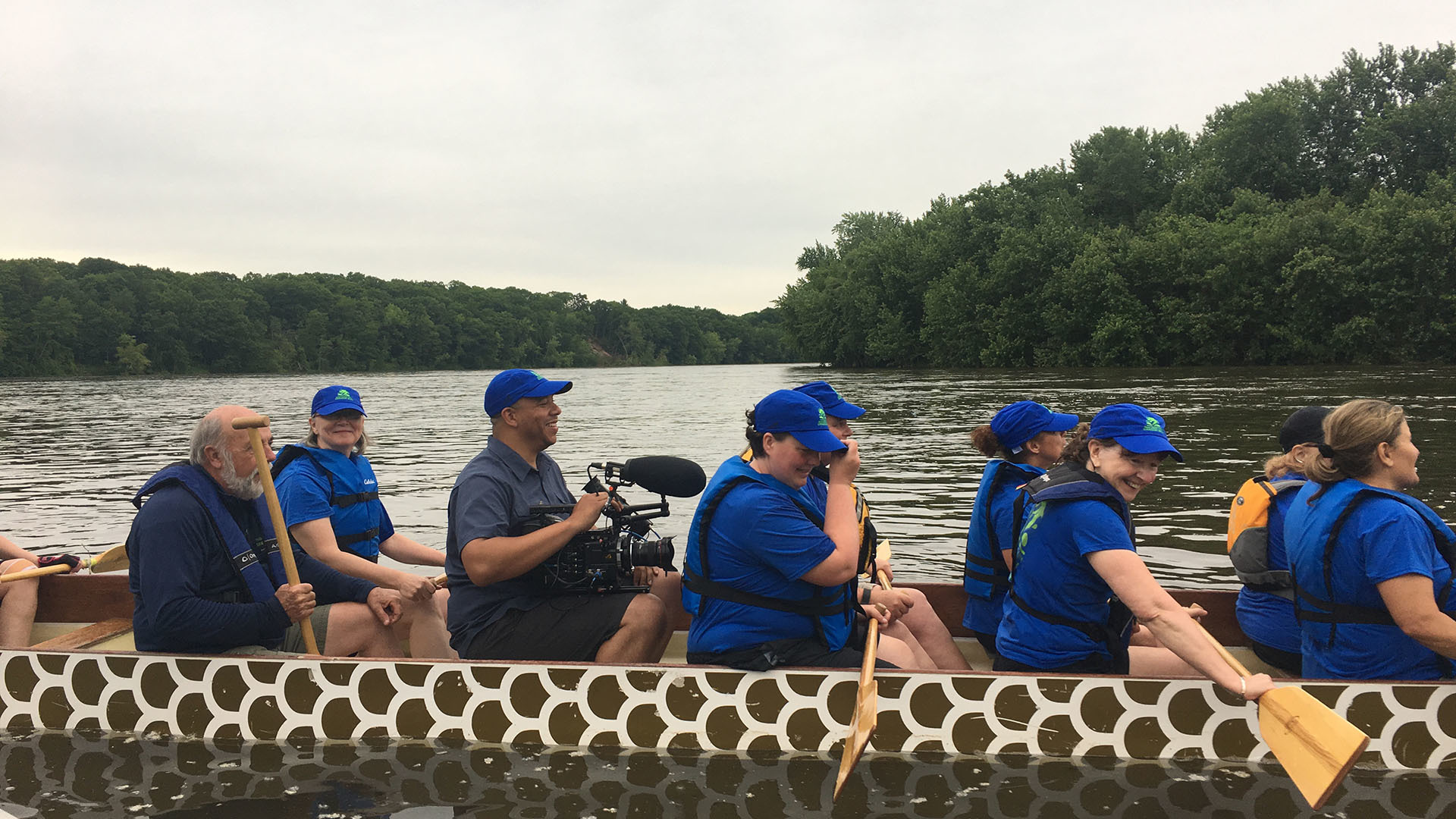 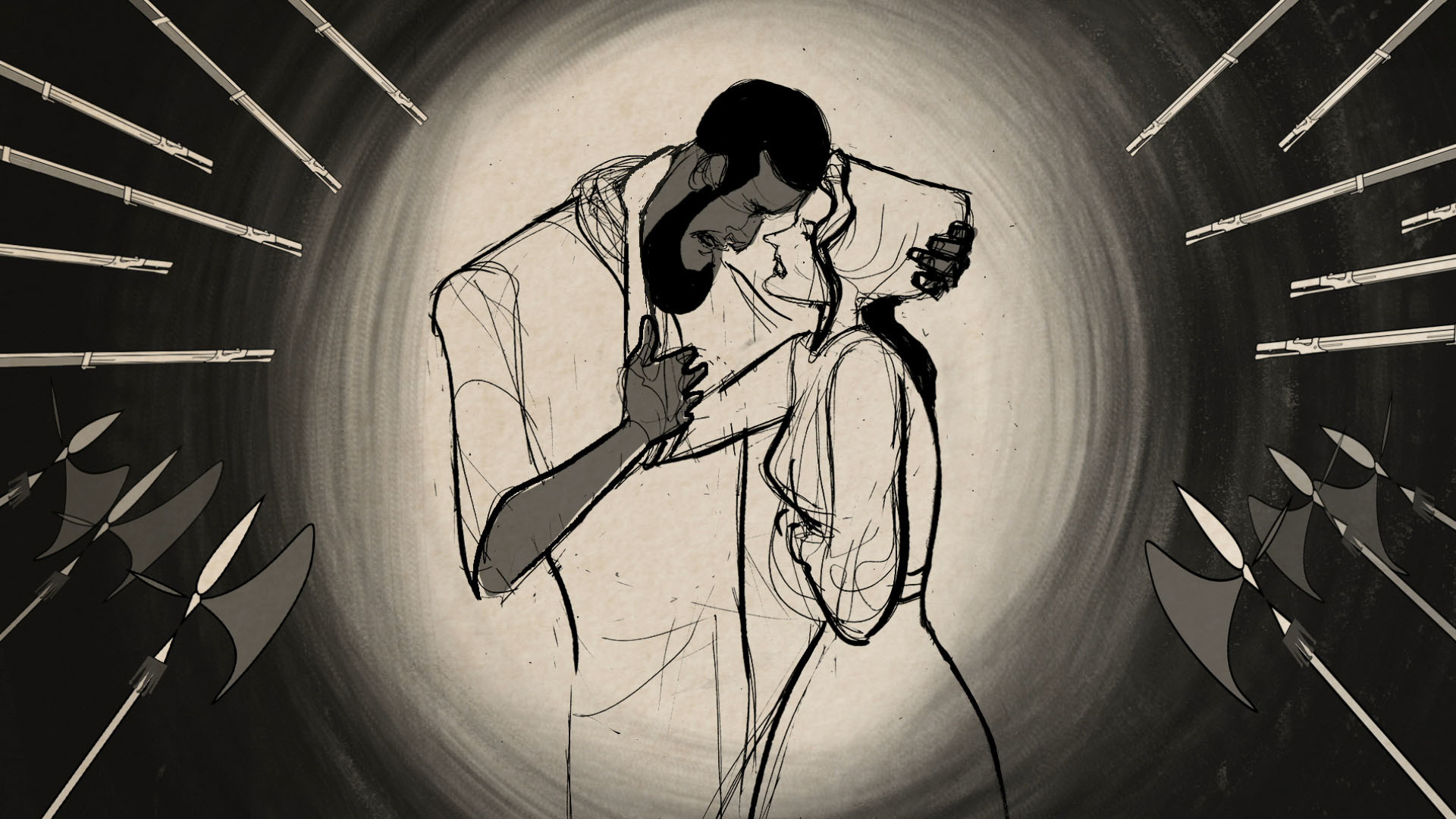