Black women have played critical roles in all areas of the social justice movement but are often denied the platform they deserve. For Our Girls is a remix of the 2015 New York Times Op-Doc“ A CONVERSATION WITH BLACK WOMEN ON RACE.” It explores the stigmas Black girls face as they grow up within and outside their community. Working with the original interviews and reflections in 2020, mothers share their concerns with how they are shaping and impacting their daughters’ independence. The film is a love letter to Black daughter.

Filmmaker, artist and author, Michèle Stephenson, pulls from her Panamanian and Haitian roots to think radically about storytelling and disrupt the imaginary in non-fiction spaces that place Black stories at the center of the creative process. She tells compelling, deeply personal stories that are created by, for and about communities of color and provokes audiences to reflect and reimagine. Her feature documentary, American Promise, was nominated for three Emmys and won the Jury Prize at Sundance. She is a Guggenheim Fellow and a Creative Capital artist

WORLD shares the best of public media in news, documentaries, and fact-based informational programming that helps us understand conflicts, movements and cultures that may be distinct from our own. WORLD’s original content examines issues too often ignored by mainstream media by telling stories for and with a diversity of voices. WORLD has won a Peabody Award, an Alfred I. duPont-Columbia Award, a National News and Documentary Emmy Award and numerous national honors—including 1st and 2nd place Native Media Awards, an RTNDA Kaleidoscope Award, a Media for a Just Society Award, two Lesbian & Gay Journalist Awards, a Gracie, and an Asian American Journalists Award. WORLD is a growing platform carried by 174 partner stations in markets representing more than 72% of US TV households. It is also available on WORLDChannel.org and social media platforms.

In fierce recognition of the Black Lives Matter movement, Filmmakers Joe Brewster and Michèle Stephenson reflect on their commitment to inspire change for a brighter future. 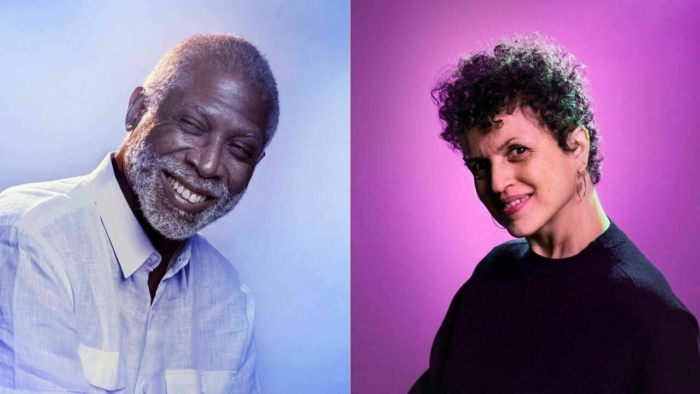