"Emmy Award winning Producer Amy Oden currently works at PBS's Maryland Public Television, where she sheds light on a variety of social and scientific topics, including the Baltimore uprising, fracking, mass incarceration, and the opioid crisis. Her most recent independent short, "Lipstick and Leather" is currently in the festival circuit. She is also working on her third independent feature, "Calasag", which is fiscally sponsored by the International Documentary Association, and was granted a fellowship in the Saul Zaentz Innovation Fund at Johns Hopkins. Amy holds BA in Journalism from the University of Maryland, and an MA in Gender and Media from George Washington University. Her work has won Communicator Emmy, Davey, and W3 Awards."

Maryland Public Television, which is commonly known by its familiar name "MPT", is a public television network that comprises six television stations that broadcast throughout the entire state of Maryland as well as into the District of Columbia and parts of Delaware, Pennsylvania, Virginia, and West Virginia. MPT is the only state-wide broadcaster in Maryland. MPT is a member of the Public Broadcasting Service.

MPT speaks with Producer Amy Oden about her work on "Happy Hounds," a short documentary about a Maryland-based program that pairs inmates with dogs in need of rehabilitation. 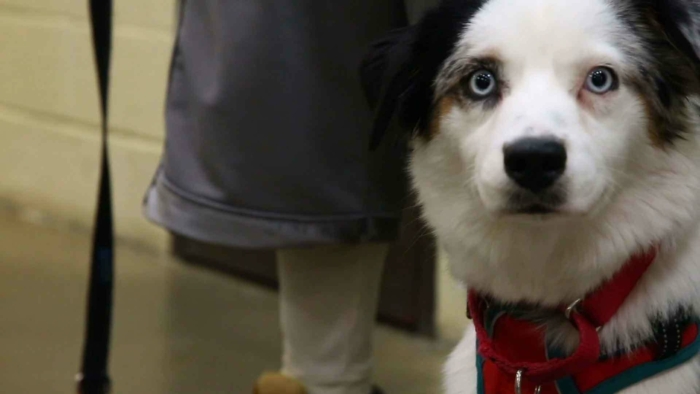 Explore All Films
Humanity
Beep
8m 47s
An old man spends his final days fixing machines until he finds a robot who wants to fix him.
Humanity
All Inclusive
10m 11s
A pointed commentary on luxury, excess, and what some people consider fun.
Humanity
The Birth of Afrobeat
7m 10s
Birth of Afrobeat tells how Nigerian drummers created the Afrobeat genre.