Ten years after being outed by his teacher, a gay man revisits raw audio recordings of his Filipino family's reactions.

Drama Del Rosario is a Filipinx documentary filmmaker in Los Angeles. He is the winner of the BAFTA-GSA Commissioning Grant in 2019 for his documentary "I'm Okay (And Neither Are You)" on sexual assault trauma from a gay couple's perspective. He is also the winner of the Loni Ding Award in Social Issue Documentary at CAAMFest 2019 for his documentary "In This Family", which follows his coming out story as a gay teenager in the Philippines. As a queer filmmaker, Drama directs documentary films that challenge the Filipinx Catholic background that he grew up in. His documentaries have screened all over the world, and he has also worked with international names including BeBe Zahara Benet (Winner, RuPaul's Drag Race, Season 1) and Sophie Sumner (Winner, America's Next Top Model, Cycle 18). Currently, he is the Lead Video Producer for Believe LTD, an award-winning digital content agency in Hollywood. His next documentary "I'm Okay (And Neither Are You)" is set for release in 2020.

Founded in 1980 the San Francisco-based Center for Asian American Media, formerly known the National Asian American Telecommunications Association (NAATA), has grown into the largest organization dedicated to the advancement of Asian Americans in independent media, specifically the areas of television and filmmaking [editor’s note: the organization’s name was changed in 2005]. CAAM’s inception at the beginning of the 1980s came at a key moment in the historical development of Asian American media. Earlier, in 1971, Los Angeles-based activists and artists established Visual Communications (VC), a community-based organization which was instrumental in helping to create many early examples of Asian American filmmaking, including the first Asian American feature film, Hito Hata: Raise the Banner in 1980. In New York, Asian CineVision (ACV) formed in 1976 and pursued similar goals as VC, helping to nurture a nascent East Coast filmmaking community.

Blog | Drama Del Rosario’s Coming Out Story in 'In This Family' Looks Back on Growth, His Own and His Parents 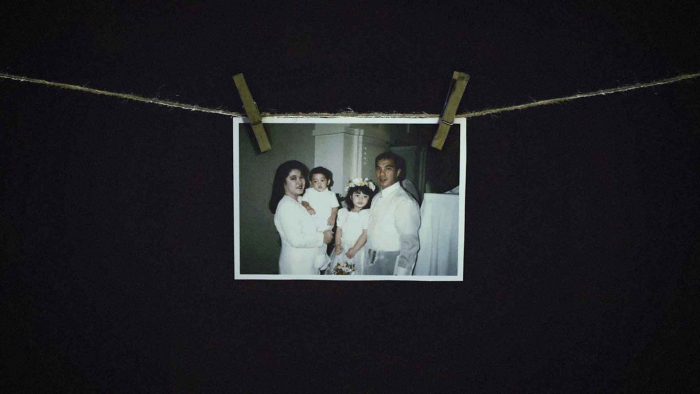