Teenage Latina sisters break their grandmother out of her assisted living facility for one last joyride.

Edwin Alexis Gómez (writer/director) is a Queer Nicaraguan-American multidisciplinary artist. His work blends the exquisite pain & resounding beauty of love & life while interrogating what we inherit from our bloodlines. His film “Quédate Callado” won a Grand Jury Award at the 2018 Outfest Fusion Film Festival. Gómez offers “Joyride” as a testament to the lives & legacies of his foremothers.

Angela Pedraza (Producer) is an independent film producer, writer & director. Her passion & mission is to bring compelling stories to life while collaborating with other artists. Pedraza’s stories’ question the identities we hold on to & their connection or disconnection to a deeper definition of who we are.

Evelyn Angelica Martinez (producer) is a filmmaker & artist based in Los Angeles. Currently she is developing DUENDES, a fantasy VR short and SPOOKY POLICE, a sketch comedy show. Previously she was part of the teams at Lawrence Bender Productions, Quebrada Entertainment, & NALIP.

Latino Public Broadcasting is the leader of the development, production, acquisition and distribution of non-commercial educational and cultural media that is representative of Latino people, or addresses issues of particular interest to Latino Americans. These programs are produced for dissemination to the public broadcasting stations and other public telecommunication entities. LPB provides a voice to the diverse Latino community on public media throughout the United States.

Latino Public Broadcasting spoke with Writer-Director Edwin Alexis Gómez on the thematic elements that live within the film "Joyride." 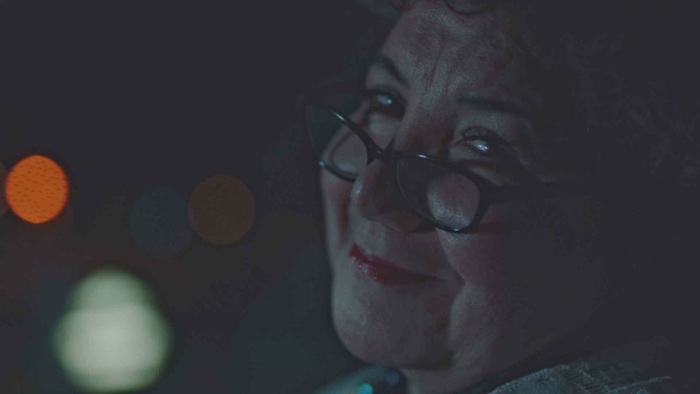