As of 2019, the San Antonio Metro Region in Texas leads the US in poverty, with one-in-four children experiencing hunger. The mentoring program “City Kids Adventures” provides San Antonio underserved youth with the opportunity to hunt and harvest wildlife for their families.

Belgian native Michiel Thomas is an award-winning documentary filmmaker, cameraman and editor based in Los Angeles, CA. His debut documentary GAME FACE was distributed worldwide by Netflix in 2016, screened at more than 50 international film festivals and won a dozen awards. Hissecond feature doc, THAT'S WILD, premiered at the 2020 Florida Film Festival and won the Director's Spotlight Award at the 2020 Ouray Film Festival. Michiel has worked on a wide range of subject matter, and for various clients in all parts of the world: from HBO to TBS and BBC News to Belgian TV.

In "Kids Game," a group of underserved teenagers go on a hunt to harvest wildlife for their families. Reel South's Heather Leighton sits down with the film's director, Michiel Thomas. 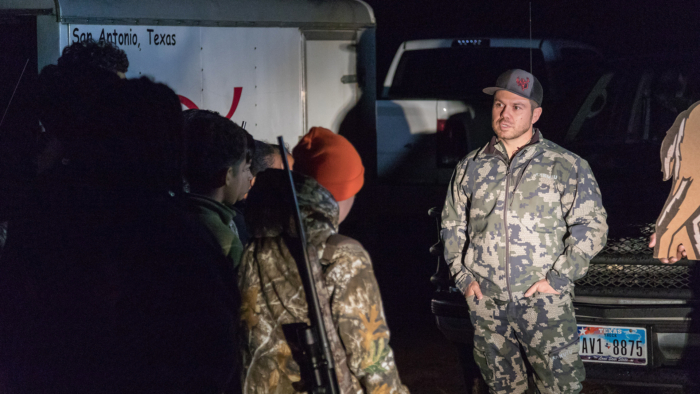