Luciela is six years old and loves her Papi. Her favorite holiday is the 4th of July because every year her Papi throws a huge party. He does one of the best firework shows in Lincoln Heights —their Latinx, immigrant neighborhood in Los Angeles. But this year he can’t, because he’s been deported. So she decides to set off a few sparks of her own.

Erin Ploss-Campoamor is an award-winning filmmaker, with experience in documentary, narrative, and television. Sheproduced a feature-length thriller, Dark Mirror (IFC Films), which broke records as IFC’s top-selling VOD of all time. She also produced an LPB-funded feature-length documentary, Las Marthas (PBS/Independent Lens), which the New York Times praised as “a striking alternative portrait of border-town life." She wrote and directed La Americanita (The American Girl), a short film loosely inspired by her experience growing up with a Cuban-American stepfather,which won two Best Short Film awards. She is the producer and co-writer of Love & MonsterTrucks, a feature length narrative film, in development, for which she was a semifinalist for theSundance Institute's Creative Producing Fellowship and the Sundance Writer’s Institute.

Sharis Delgadillo is a professional storyteller and content producer with more than 10 years of journalism experience for digital and broadcast outlets. Most recently, she conducted the biographical research for Netflix's "Selena: The Series,” an original scripted drama based on the life of slain Tex-Mex singer Selena Quintanilla-Perez. As a journalist, Sharis has reported on politics, culture, and entertainment from the 2016 Democratic National Convention (DNC), South by Southwest (SXSW), and the Sundance Film Festival. She has been aired and published on news outlets such as NPR's Latino USA, NBCLatino, Marketplace Morning Report, Univision, KPFK 90.7FM, The Jerusalem Post, CapeTown Television, and other independent digital outlets. In 2011, she received her M.A. in Broadcast Journalism from the USC Annenberg School forCommunications and Journalism and previously received her B.A. in Sociology from UCLA.

Latino Public Broadcasting is the leader of the development, production, acquisition and distribution of non-commercial educational and cultural media that is representative of Latino people, or addresses issues of particular interest to Latino Americans. These programs are produced for dissemination to the public broadcasting stations and other public telecommunication entities. LPB provides a voice to the diverse Latino community on public media throughout the United States.

Latino Public Broadcasting spoke with Erin Ploss-Campoamor on the making of "Luciela." 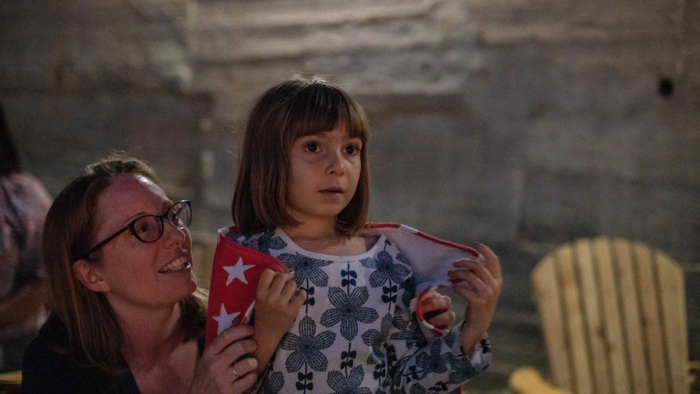 Explore All Films
Identity
Forward Journey
4m 52s
A surreal film following a woman as she unravels the mystery of what happened to her.
Society
Deadly Jails
13m 28s
Oklahoma has no system for handling or treating incarcerated people with mental illness.
Family
Guest of Honor
12m 4s
Hit by tragedy, a married couple has their anniversary party and an unusual guest arrives.