Standing Above the Clouds follows Native Hawaiian mother-daughter activists as they stand to protect their sacred mountain Mauna Kea from the building of the world’s largest telescope.

Jalena Keane-Lee (Director, DP, Producer) is the co-founder of Breaktide Productions, an all women of color video production company based in the Bay Area. Jalena has lead Breaktide to create national video campaigns for clients like THINX, Bright Pink, and Nike, as well as producing original short films. Jalena is a 2018 NeXt Doc Fellow and a 2018 Sally Burns Shenkman Woman Filmmaker Fellow at the Jacob Burns Film Center, which has supported shorts that have premiered at SXSW, HotDocs, and Sundance. Jalena is currently in production directing her first documentary feature following a young menstrual activist fighting to end the tampon tax co-produced by Stick Figure Productions.

Amber Espinosa-Jones (Producer) is an independent producer and stage manager from Oakland, CA. She currently serves as Manager of the Outreach & Inclusion Program at Sundance Institute where she supports artists from underrepresented communities through intersectional fellowships and community programs. She has worked with a number of arts organizations looking to change the narrative of mainstream entertainment including the National Association of Latino Independent Producers (NALIP), the Ford Theatres, and the Latino Theater Company.

PIC was established in Honolulu in 1991 as a national non-profit media arts organization. PIC is a member of the National Multicultural Alliance (NMCA), which collectively addresses the need for programming that reflects America's growing ethnic and cultural diversity.

Blog | Behind the Scenes: 'Standing Above the Clouds'

Director Jalena Keane-Lee gives us an inside look at her film "Standing Above The Clouds." 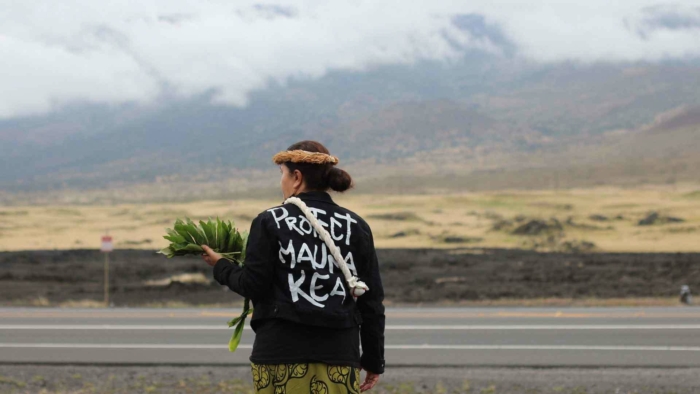