Over 60 years, Lois and Charlie O'Brien, two of the foremost entomologists and pioneers in their field, traveled to more than 65 countries and quietly amassed the world's most extensive private collection of insects. Their collection is a scientific game-changer with 1.25 million specimens and more than 1,000 undiscovered species. He was the Indiana Jones of entomology, and she was his Marion Ravenwood.

Allison Otto is an Emmy-nominated, award-winning documentary filmmaker, cinematographer and visual journalist. She co-directed the award-winning documentary short, The Love Bugs,which was shortlisted for a 2019 International Documentary Association Award. She is a 2019 recipient of the SFFILM Catapult Film Fellowship, a 2019 finalist for a Heartland Emmy for Outstanding Human Interest Special, a 2018 and 2011 Telluride Mountainfilm Commitment grant recipient and a 2018 Roy W. Dean grant winner. Her first film, Keeper of the Mountains (2013) screened more than 500 times in 32 countries and was named “One of the Best Adventure Films of 2013” by Outside magazine, including a screening at McMurdo Station in Antarctica. Her journalism clients have included National Geographic, BBC America, NBC, the Sierra Club,Travel Channel, Atlas Obscura, and Lonely Planet. She graduated from Stanford University with a BA in Communications and an MA in Sociology.

Maria Clinton is a filmmaker, photographer and an Adjunct Professor of Film based in New York. Maria is a 2018 Telluride Mountainfilm Commitment Grant recipient and a 2018 recipient of the Roy W. Dean From The Heart grant. As a filmmaker and a photographer her work focuses on sharing untold stories that shed light on underrepresented groups of people, shattering stereotypes and reconstructing the narratives. She has co-presented two lectures, Women Who Help Women: For Women, the Doc is in and Stand For… Forgotten Emergencies (Media and the Intersection of HumanitarianAction and Social Justice). Her photography has been shown in various exhibits, with the latest being featured at Fairfield University in Fairfield, CT. Her visual journalism and photography clients have included NBC, Hudson News, About.com and non-profit organizations.

POV (a cinema term for “point of view”) is television’s longest-running showcase for independent non-fiction films. POV premieres 14-16 of the best, boldest and most innovative programs every year on PBS. Since 1988, POV has presented over 500 films to public television audiences across the country. POV films are known for their intimacy, their unforgettable storytelling and their timeliness, putting a human face on contemporary social issues.

Blog | Falling in Love with 'The Love Bugs'

Directors Maria Clinton and Allison Otto take us through the process of creating "The Love Bugs." 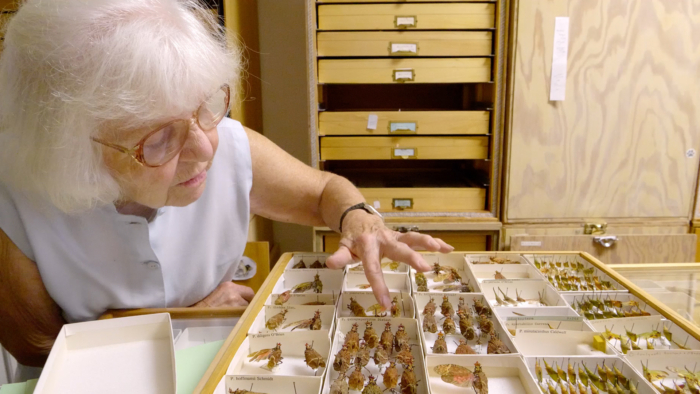