Jeff Chang visits East Palo Alto, a historically Black and Latino community in the heart of Silicon Valley, to hang out with rapper, dancer and performer Isaiah Phillips a.k.a. Randy McPhly, who appeared in Kendrick Lamar’s “Alright” video. They talk about the domino effects of gentrification.

Bao Nguyen (Producer/Director) is a Vietnamese American filmmaker whose past work has been seen in the New York Times, HBO, NBC, Vice, ARTE, and PBS, among many others. He has directed, produced, and shot a number of short films, which have played internationally in numerous festivals and museums including MoMA and the Smithsonian. His graduate thesis film, Julian, won a CINE Golden Eagle Award, the Best Student Documentary Short at the Palm Springs ShortsFest, Special Jury Prize at DOCNYC, and was nominated for an IDA Award. He was the producer and cinematographer of Nuoc 2030, a feature narrative set in near future Vietnam which opened the Panorama section of the 2014 Berlin International Film Festival and was a recipient of the Tribeca Film Institute Sloan Filmmaker Award. His feature doc directorial debut, Live From New York opened the 2015 Tribeca Film Festival and was broadcast nationally in primetime on NBC, preceding the 41st season premiere of Saturday Night Live. He is a 2011 PBS/WGBH Producers Workshop Fellow, an alumnus of the 2012 and 2014 Berlinale Talent Campus, and a Firelight Media Fellow. He earned his BA at NYU and his MFA at the School of Visual Arts in New York City

As public media’s leading incubator and presenter of independent film, ITVS is driven by the conviction that bold storytelling builds a more just society. When you partner with us, we back your vision. We know the risks you take to tell a story that no one else is telling. We’ll make it easier on you, providing you with one-on-one support on every step of your filmmaking journey. You'll draw upon our decades of industry expertise, working with our creative and technical strategists, marketing champions, and audience engagement innovators. At ITVS, we connect you to global audiences and communities that are using film to change lives. We’re committed to diversity on both sides of the camera. For over 25 years, we’ve been creating films that are reflective of our society. Two-thirds of our filmmakers, and more than half our staff, are people of color. Half the films we foster are by and about women.

Blog | 'Everything Fell into Place': Jeff Chang and Bao Nguyen Gon’ Be Alright

Filmmaker Bao Nguyen and writer Jeff Chang talk about connecting with people and with each other, in the making of "We Gon' Be Alright." 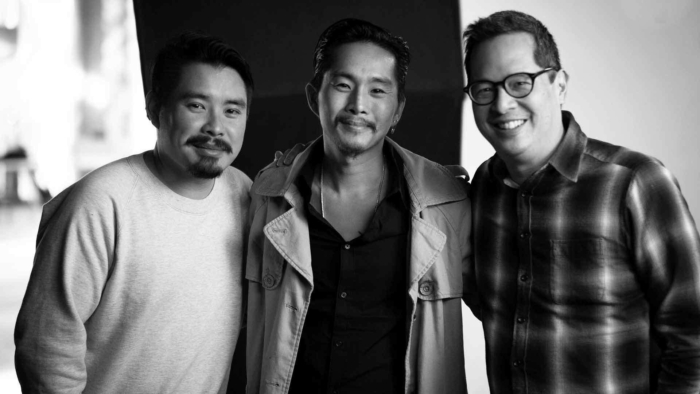