As combative active shooter drills unfold in rural Wyoming, a child psychologist implores her community to consider the consequences.

McKinleigh Lair (director, cinematographer, editor) is an emerging documentary filmmaker from Oklahoma who strives to facilitate timely societal conversations through observational storytelling. She has assisted on productions for The New York Times and Kartemquin Films, and currently pre-screens for POV and the Camden International Film Festival. As the Oklahoma representative for PBS American Portrait, she shoots and edits mini documentaries about residents in the community that raised her. As a 2020 Southern Exposure Film Fellow, she uses documentary to advocate for environmental justice on behalf of Alabamian conservation groups. A former collegiate tennis player herself, McKinleigh is developing a new documentary following an OKC tennis program that supports underserved youth. As a Park Scholar at Ithaca College (class of May 2019) she majored in Documentary Studies and Production, minored in Anthropology, and studied abroad in Seoul, London, and Jönköping, Sweden.Her senior thesis documentary, One Nation Under Guns, was nominated for the 2020 College Television Award (“College Emmy”). As a high school student, she directed a short documentary that was nominated for the 2015 Heartland Emmy.

Josh Jacobius (producer, editor) is a storyteller from Winston-Salem, North Carolina with a passion for creating documentary films that explore the human experience. Josh earned his degree in Documentary Production at Ithaca College in 2019 with a minor in Gerontology. Josh’s award-winning short Bruce & Daryl, a film about the aging of an elderly gay couple, screened internationally and received a Special Mention Award at the Dallas Independent Film Festival in April 2019. Josh’s senior thesis One Nation Under Guns was nominated for a College Television Award by the Television Academy Foundation in 2019.

Olivia Forker (line producer) is a meticulous and committed documentary filmmaker hailing from Bucks County, Pennsylvania. She has worked primarily as a producer on several documentary works that highlight agents of social change in small communities. Olivia is driven by the needs of her own community and has led activist campaigns for reproductive rights and food security. Her professional work has included tasks such as budget maintenance, on-set assistance for commercial projects, and writing treatments for upcoming TV shows. Olivia hopes to promote individual stories of strength and resilience through her future in documentary production. She graduated from Ithaca College in May 2020.

Illinois Public Media is a not-for-profit public media service of the College of Media at the University of Illinois, educating, entertaining, inspiring and empowering by airing the best of public television and radio programs, producing local content for broadcast and the Web, and working with community partners to address needs and concerns.

Blog | McKinleigh Lair Reflects on 'You Know the Drill'

In our twelve-minute short documentary, You Know the Drill, a normal school day in rural Wyoming becomes combative as students flip tables, dog-pile on trainers armed with plastic guns, and ponder whether they could fight back in a real shooting. 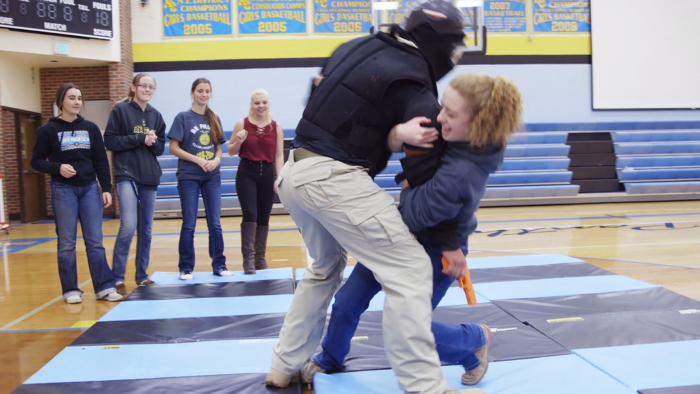