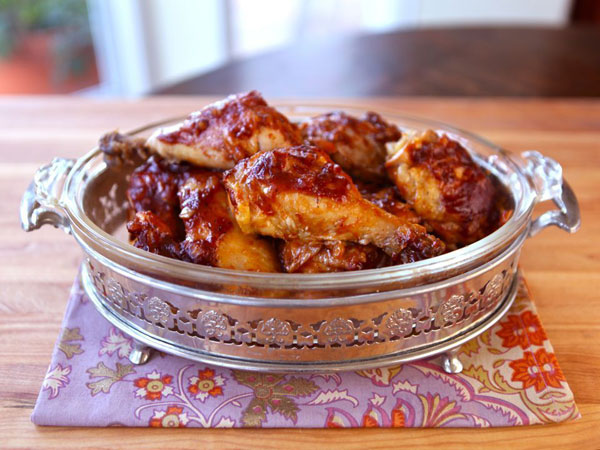 Those of you who follow The History Kitchen regularly know Im a nerd when it comes to food history. Im also a big fan of the Silver Screen; Im particularly fond of early Hollywood, silent pictures and cinematic classics. Thats why I was thrilled to stumble upon a rare vintage cookbook called What Actors Eat When They Eat! (Lymanhouse, 1939) This quirky book is a compilation of recipes and favorite dishes from some of the greatest stars of old Hollywood. The recipes were compiled and edited by Rex Lease and Kenneth Harlan, two actors who achieved most of their success in silent films. The forward is written by screenwriter Anita Loos, author of the famed comedic novel Gentlemen Prefer Blondes, on which the Marilyn Monroe film is based. Fittingly, the first line of the forward reads:

Gentlemen prefer girls who know how to cook, whether they be blonde, brunette, or titian.

The cookbook is organized alphabetically by actor name. Each entry contains a headshot of the actor, a brief biography and a recipeeither a family recipe, or a favorite dish the actor enjoyed. There are some terrific actors featured in this book. While several of the recipes are outdated and over-processed, it is a fun glimpse at the time period and taste preferences of some cinematic greats. 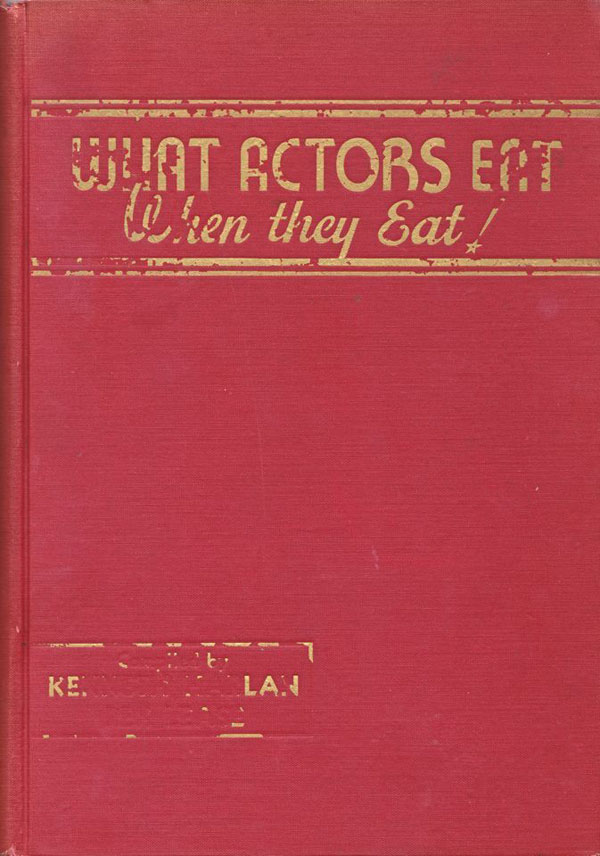 I hope to cover other stars and recipes in future posts. Today, Im sharing a recipe from one of Hollywoods legendsa romantic and charismatic leading man who was born with a very unsexy name, indeed.

On January 8, 1904, Archibald Archie Alexander Leach was born to a working class family in Bristol, England. His parents, Elias James Leach and Elsie Maria Kingdon Leach, had very little money. They spent a great deal of time arguing and struggling to raise their son, an only child. In order to escape the difficulties at home, young Archie spent Saturdays at the picture palaces watching matinees and discovering a love for film and acting.

When Archie turned 14, he decided to take a chance on acting. He joined the Bob Pender Troupe, a traveling performance group also known as the Knockabout Comedians. He acted in pantomime and performed tricks as a stilt walker and an acrobat. After a successful tour of small English towns, the troupe went to New York, where they were well received. After two years, Archie decided to make America his new home. He did a fair number of odd jobs before earning his first stage role in the musical Golden Dawn. It was the beginning of a theatrical career, which eventually led to an audition with Paramount Studios.

When Paramount offered Archie a five-year film contract in 1931, the studio advised him to change his name. He chose Cary Grant, the name he would carry as he built one of the most successful careers in Hollywood history. Over the next four decades, Grant appeared in an impressive 72 films and received two Academy Award nominations. He became known as Hollywoods most debonair leading man, sought after by the movie studios for his blockbuster-making charm and appeal. He starred in several noteworthy movies, including Bringing Up Baby, To Catch a Thief, and An Affair to Remember. His most famous film is Alfred Hitchcocks North By Northwest, after which Hitchcock claimed Grant to be the only actor I have ever loved in my whole life.

Grants greatest talent was comedy, which he treated with a light, natural ability. His success was undoubtedly helped by his charisma and dashing good looks. He appeared elegant and sophisticated, so different from the working class English lifestyle of his childhood.

In What Actors Eat When They Eat, Cary Grants entry is for Barbecued Chicken. Its a simple oven-barbecued chicken recipe, nothing fancy. I cant help but wonder if the recipe is a nod to his more humble beginnings. About the recipe, Grant says:

Now go to it, friends, and dont blame me if it is not to your liking. For after all, the recipe is not mine. It is the national prize winner of the year and I happen to like it.

I made the recipe, and it is pretty good. I used one 4.5 pound chicken, rather than the recipes suggested 3 chickens, 1.5 pounds each. I increased the oven heat and baked it for a long time to ensure the chicken was well-cooked and tender. I also thickened the sauce a bit as suggested by the recipes liner notes. The recipe produces a LOT of sauce, but it isnt really a problem, since it helps keep the chicken moist and tender as it cooks. Next time I might cut down on the vinegar a bit; that is a personal preference, though. Its a simple and homey recipe, just right for a cold autumn evening. 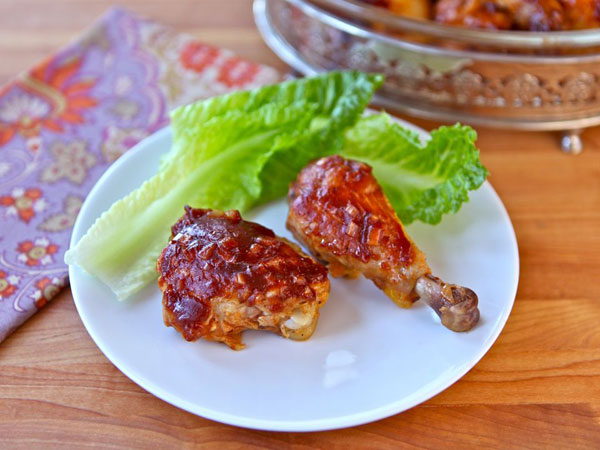 Did you know Cary Grant was a secret cook? Tori Avey of The History Kitchen uncovers how the famed actor's past may have inspired this simple, yet delicious recipe.

Adapted from What Actors Eat When They Eat

Nelson, Nancy (1992). Evenings With Cary Grant: Recollections In His Own Words and By Those Who Loved Him Best. Thorndike Press, Thorndike, Maine.