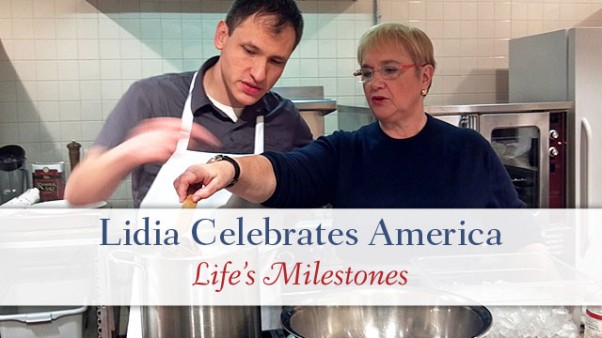 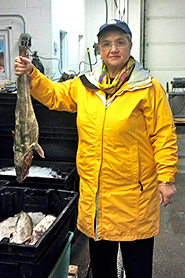 The third rite of passage focuses on college graduation seen through the eyes of Brazilian-American culinary graduate student, Alex Galimberti, who is about to receive a Masters of Liberal Arts in Gastronomy from Boston University. He is ready to dive right into the culinary world and is inspired by the mentors like Lidia, Julia Child and Jacques Pepin before him, as he prepares to begin his own career combining food and tourism.

To offer a personal perspective on what Alex is about to encounter, Lidia meets with New York Times’ best-selling author and restaurateur Gabrielle Hamilton, who is chef/owner of Prune in New York’s East Village. Noted chef, author and TV personality Anthony Bourdain described Hamilton’s Blood, Bones, & Butter as “simply the best memoir by a chef ever.”

Lidia also meets up with Alex at one of Boston’s fresh seafood vendors to choose the freshest razor clams and other ingredients for a Peruvian Seafood Ceviche to welcome his father and mother, who were raised in Peru and Germany, respectively, and his siblings, who are all now scattered everywhere.