A Greek Orthodox Baptism in Ohio 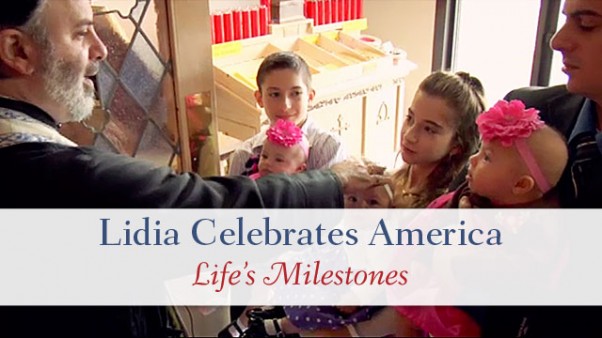 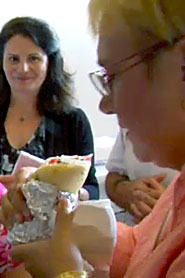 The second story in Life’s Milestones comes in threes as the Atsas family’s new additions, triplets (Isabella, Julia, and Olivia) are baptized in a traditional Greek Orthodox service. Following the ceremony, Lidia learns about and experiences the traditional Greek foods and music that make the occasion so festive. She is introduced to all of the classic dishes—Gyros, Spinach Pie, Cheese Pie, Stuffed Grape Leaves, and more–as they are prepared for a Greek Food and Culture Festival, and to the homemade drink, Tsiboro, the Greeks’ version of moonshine.

But Lidia’s Greek educational experience doesn’t stop there. To bring added perspective, she goes to New York to meet Fox Business News reporter Nicole Petallides, also of Greek descent. Nicole and Lidia visit the Greek section of Astoria, Queens, near where both of them actually grew up. They share family secrets and recipes together as they cook two classic Greek dishes at the Taverna Kyclades: Octopus Salad and Spanakopita.