First stop for Lidia is Madisonville, Tennessee, where she catches up with Allan Benton, of Benton’s Smoky Mountain Country Hams, who has spent 45 years mastering the art of curing meat and making traditional country ham, slow-smoked bacon and sausage using century-old techniques rather than modern technology—customs that spring from his Appalachian upbringing. 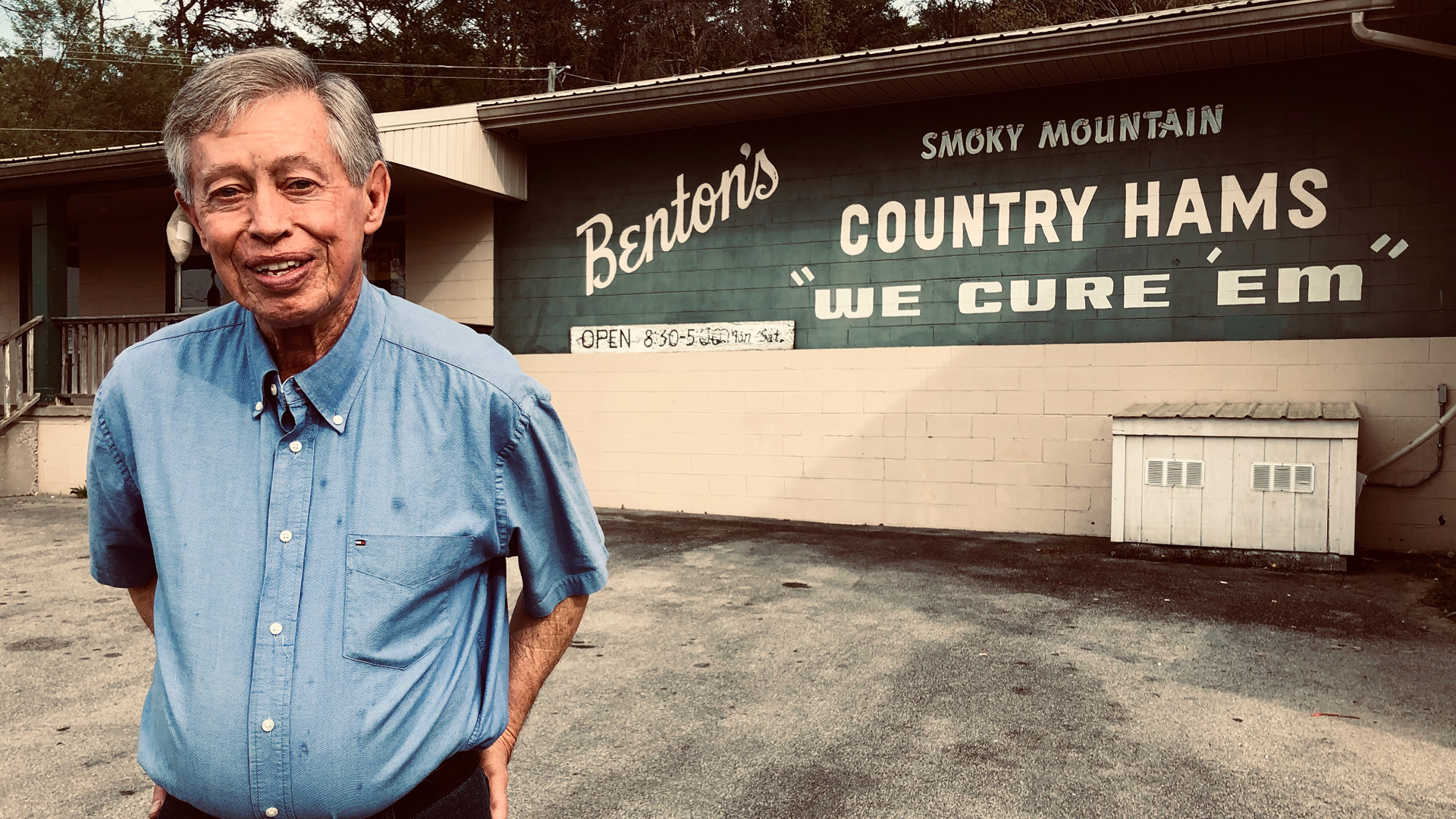 Allan is committed to passing on his knowledge and has been mentoring young people in the fine art of dry-curing, which is sought after by chefs around the country. Lidia then heads to Knoxville, TN to sample the end results in a local eatery.

“Although the hands of time and technology have sculpted many aspects of our modern world, we have upheld the traditional dry-curing process and are striving to produce world class country hams and bacon,” says Allan Benton. Indeed, Saveur Magazine calls them “one of the most respected producers” in the country. 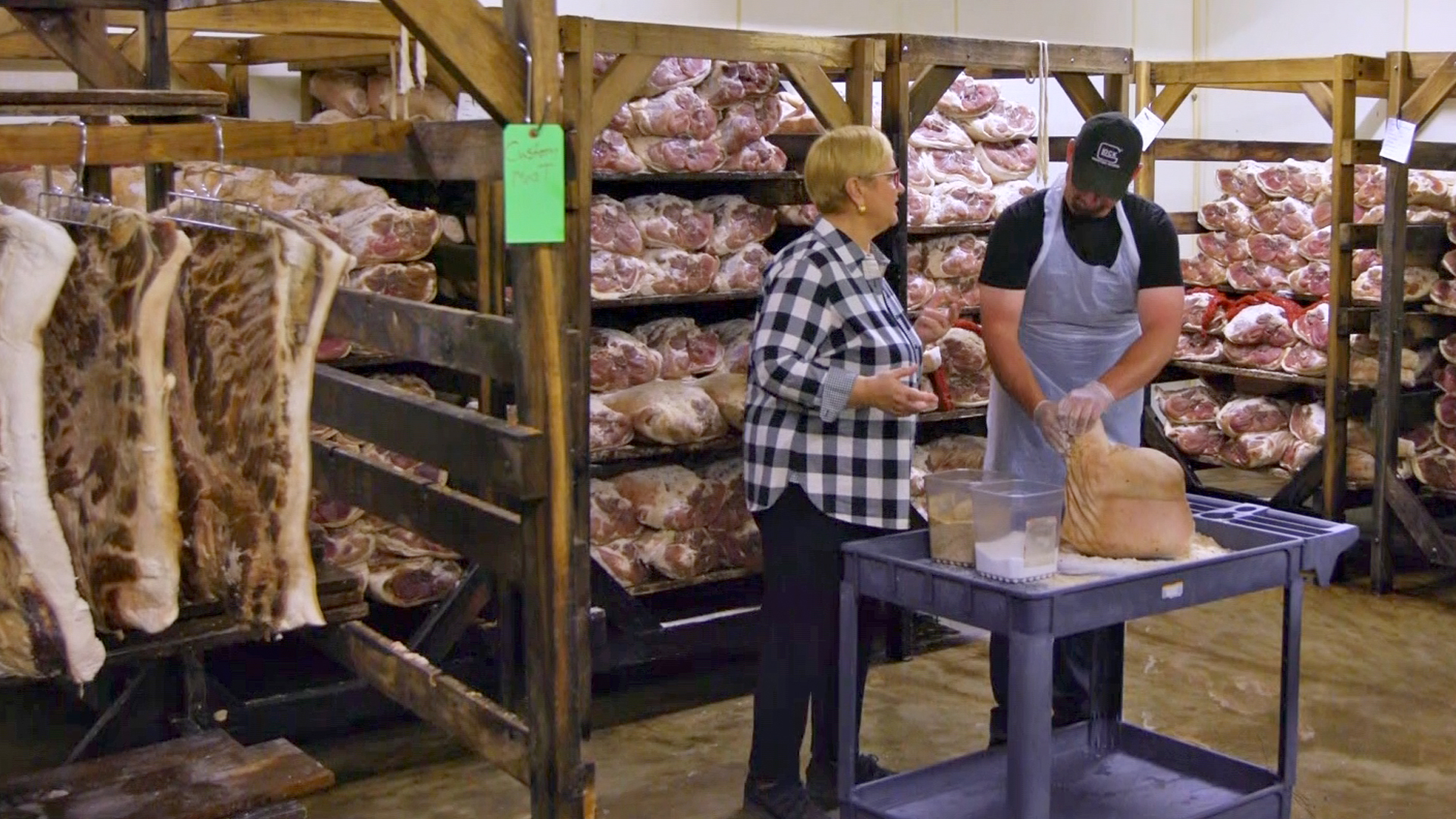 Lidia watches as Coby Webb, one of the young apprentices Allan has been training, cures the ham

Benton’s Smoky Mountain Country Hams are slow cured using salt, brown sugar, curing salt and pepper and are typically aged 8-10 months, though hams are available that are one year or older. Allan is following and passing on a time-honored practice that dates back to the era when the preparation and preservation of meat was an essential element of food storage and sustenance.