Every month PBS Food highlights a handful of cookbooks and other food books that will be released during the month. This month’s batch looked too good to not have them grace our bookshelves. 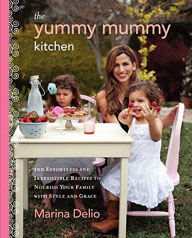 The Yummy Mummy Kitchen by Marina Delio Available: April 2nd, 2013 Deceptively Simple Dishes for a Deliciously Stylish Life. Inspired by her British grandma (“the original Yummy Mummy” and still the epitome of chic at ninety-two years old), Marina Delio has found her groove as a modern Yummy Mummy: a loving and devoted mom who values fitness and health and maintains style and grace, even with small children at home. 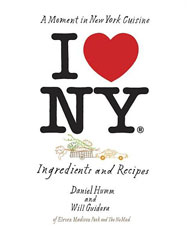 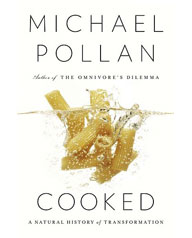 Cooked by Michael Pollan Available: April 23rd, 2013 Fire, water, air, earth–our most trusted food expert recounts the story of his culinary education. In Cooked, Michael Pollan explores the previously uncharted territory of his own kitchen. Here, he discovers the enduring power of the four classical elements–fire, water, air, and earth–to transform the stuff of nature into delicious things to eat and drink. 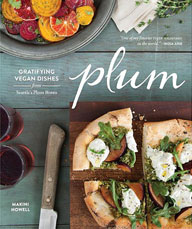 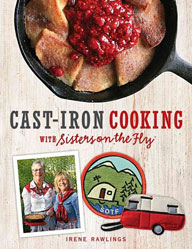 Cast-Iron Cooking with Sisters on the Fly by Irene Rawlings Available: April 23rd, 2013 From the road-warrior band of Sisters on the Fly, heirloom and contemporary recipes that are simple to shop for and prepare on the road, for the backyard grill, or in the kitchen, using cast iron cookware. Includes engaging stories, recipes, and action photos of the SOTF in their homes and out on the range in their trailer caravans.