Every month PBS Food highlights a handful of cookbooks that will be released during the month. This month’s batch looked too good to not have them grace our bookshelves. 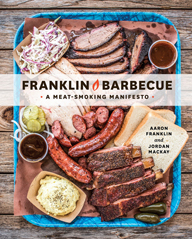 Franklin Barbecue: A Meat-Smoking Manifesto by Aaron Franklin and Jordan Mackay Available: April 7, 2015 Aaron Franklin is the the country’s most celebrated pitmaster and owner of the wildly popular Austin restaurant Franklin Barbecue–winner of Texas Monthly’s coveted Best Barbecue Joint in Texas award. His first cookbook is a complete meat- and brisket-cooking education in the same vein as his popular PBS web series and upcoming PBS broadcast series, “BBQ with Franklin.” 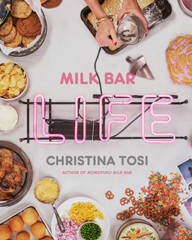 Milk Bar Life: Recipes & Stories by Christina Tosi Available: April 7, 2015 Go off the clock with Christina Tosi of Momofuku Milk Bar as she bakes one-bowl treats, grills with skills, and embraces simple, nostalgicand often savoryrecipes made from supermarket ingredients. She is chef, owner, and founder of MilkBar. She is also the 2012 recipient of the James Beard Rising Star Chef Award, and a finalist for the 2014 James Beard Outstanding Pastry Chef Award. 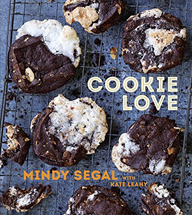 Cookie Love by Mindy Segal Available: April 7, 2015 Cookie Love is a new, edgier take on baking cookies, from Mindy Segal – a James Beard Award-winning chef and the owner of the popular Chicago restaurant, HotChocolate. The James Beard Foundation nominated her for Outstanding Pastry Chef in the country five years in a row. 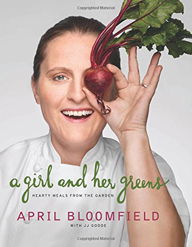 A Girl and Her Greens: Hearty Meals from the Garden by April Bloomfield with JJ Goode Available: April 21, 2015 The vegetable-centric follow-up to the beloved cookbook A Girl and Her Pig reflects the lighter side of the renowned chef whose name is nearly synonymous with nose-to-tail eating. April Bloomfield was the winner of the 2014 James Beard award for Best Chef in New York, and was one of the two featured chefs on Season 2 of The Mind of a Chef on PBS. 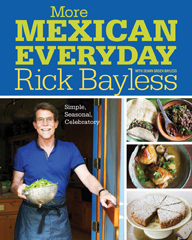 More Mexican Everyday by Rick Bayless with Deann Groen Bayless Available: April 27, 2015 The follow-up to Rick Bayless’s best-selling Mexican Everyday features a dozen “master-class” recipes you’ll want to learn by heart, more than 30 innovative vegetable dishes, Rick’s secret weapon flavorings to weave into your favorite dishes, and many other brand-new creations from his kitchen. He is also the long-time host of the popular PBS cooking show, Mexico: One Plate at a Time. 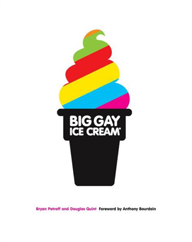 Big Gay Ice Cream by Bryan Petroff and Douglas Quint Available: April 28, 2015 Voted by PBS fans as one of the best ice cream shops in New York, Big Gay Ice Cream releases their debut cookbook to their legions of sugar-high fans. The founders and owners share their stranger-than-fiction stories, cheeky humor, vibrant photography along the way.