A chef for 22 years, Jacob Mual started volunteering with the local fire department in Sonoma County, California, in 2015. He now works full-time as an EMT with a local ambulance service, but he still volunteers with the local fire department and was on the ground at the Walbridge Fire that devastated the state last summer. He is writing a cookbook, ‘Functional Food for First Responders’, to which Lidia has contributed her recipe for Chicken Alla Pitocca, a hearty one-pot dish for the firefighters. 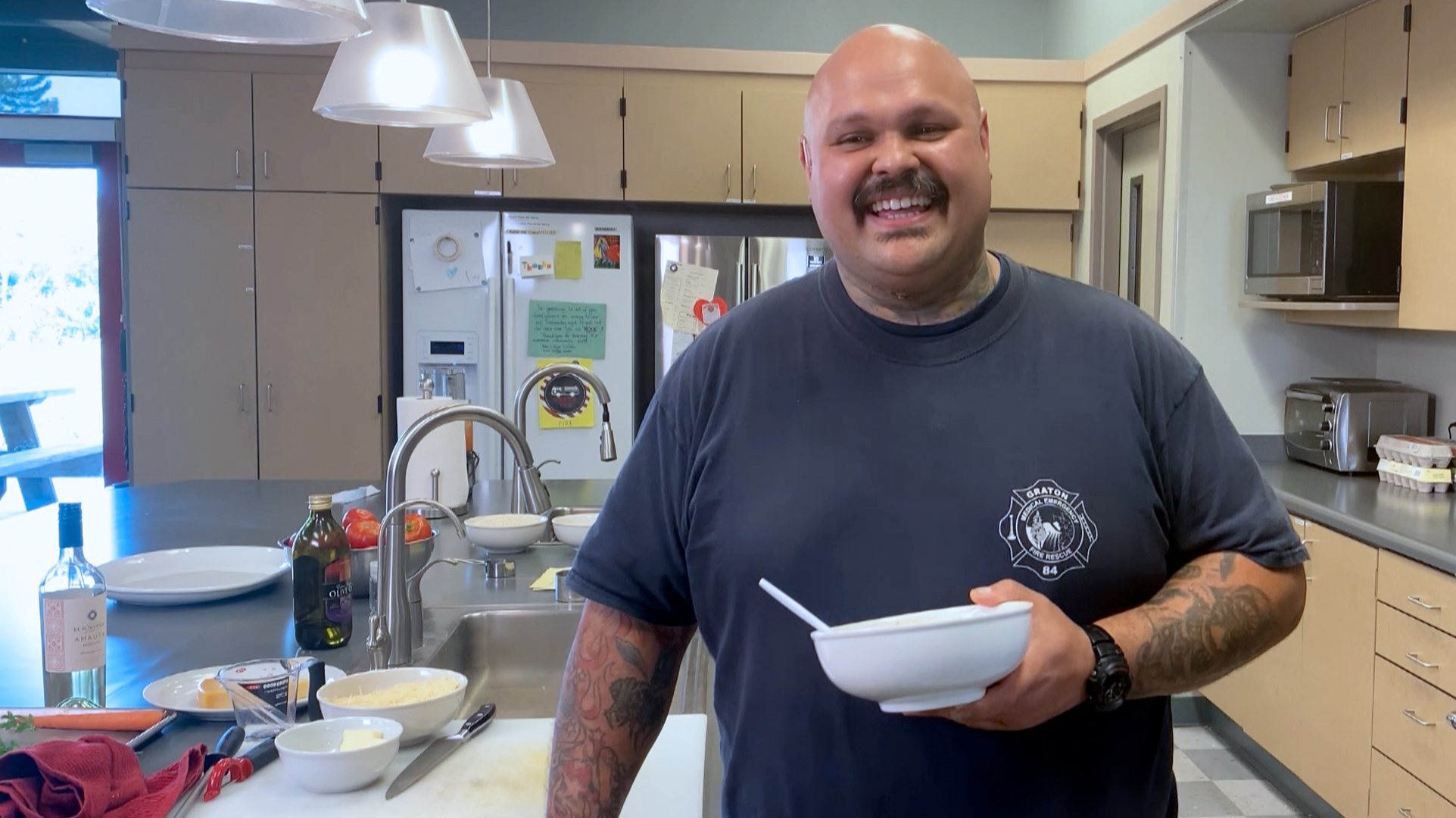 “I started cooking when I was young. My family had a pizzeria, so I started when I was 16 working there. After high school, I really didn’t want to do anything else but cook. Cooking school just kind of seemed like a natural progression. I studied in New York and, from there, worked at a bunch of different restaurants in New York, Philly, L.A., Hawaii, Vegas, Australia. I traveled a bunch and it was fun! Every time I met somebody new I would learn some new kind of food.” – Jacob Mual 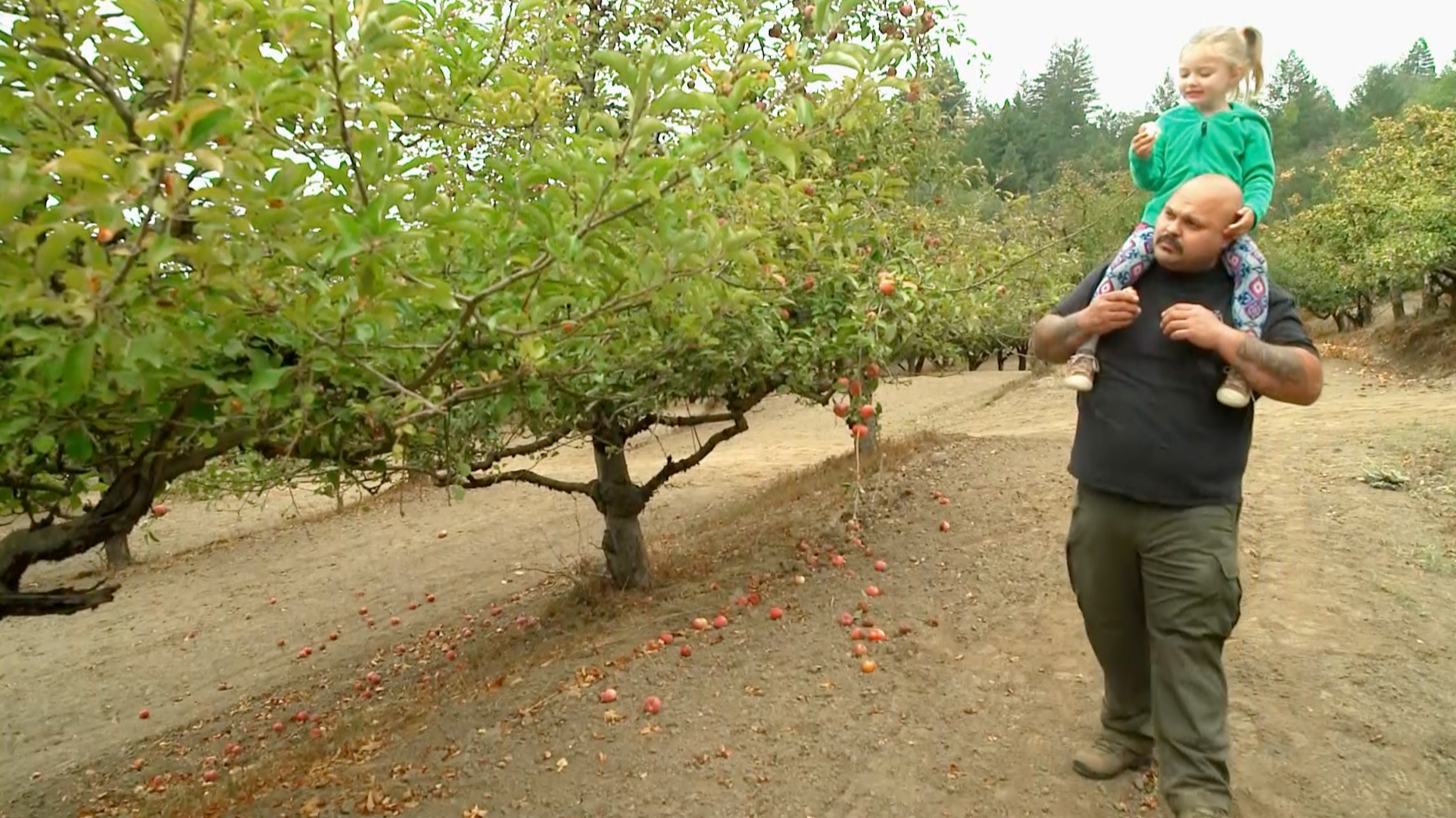 Jacob spends time with his daughter, who is part of the reason he became a first responder.

“I wanted to start volunteering because we moved up here in 2015 and then the Tubbs Fire happened in 2017. My daughter was born in 2015 and it all kind of coincided. I wanted to feel really rooted in this community. I just wanted to volunteer at the fire department and help out, and then to volunteer here we had to do basic medical training, like here’s how you put a band-aid on and here’s how you take a blood pressure. Then after that, I was like, “Oh, I kind of want to learn a little more.” So, I went to school to get my first responder. Then I was like, “I kind of want to learn EMT.” So, I went and I started doing EMT. It seems like the common misconception, these days, is “Take care of yourself. Get through.” You know? I just wanted to do something my daughter could look up to and really know that it’s okay to do the right thing sometimes.” – Jacob Mual 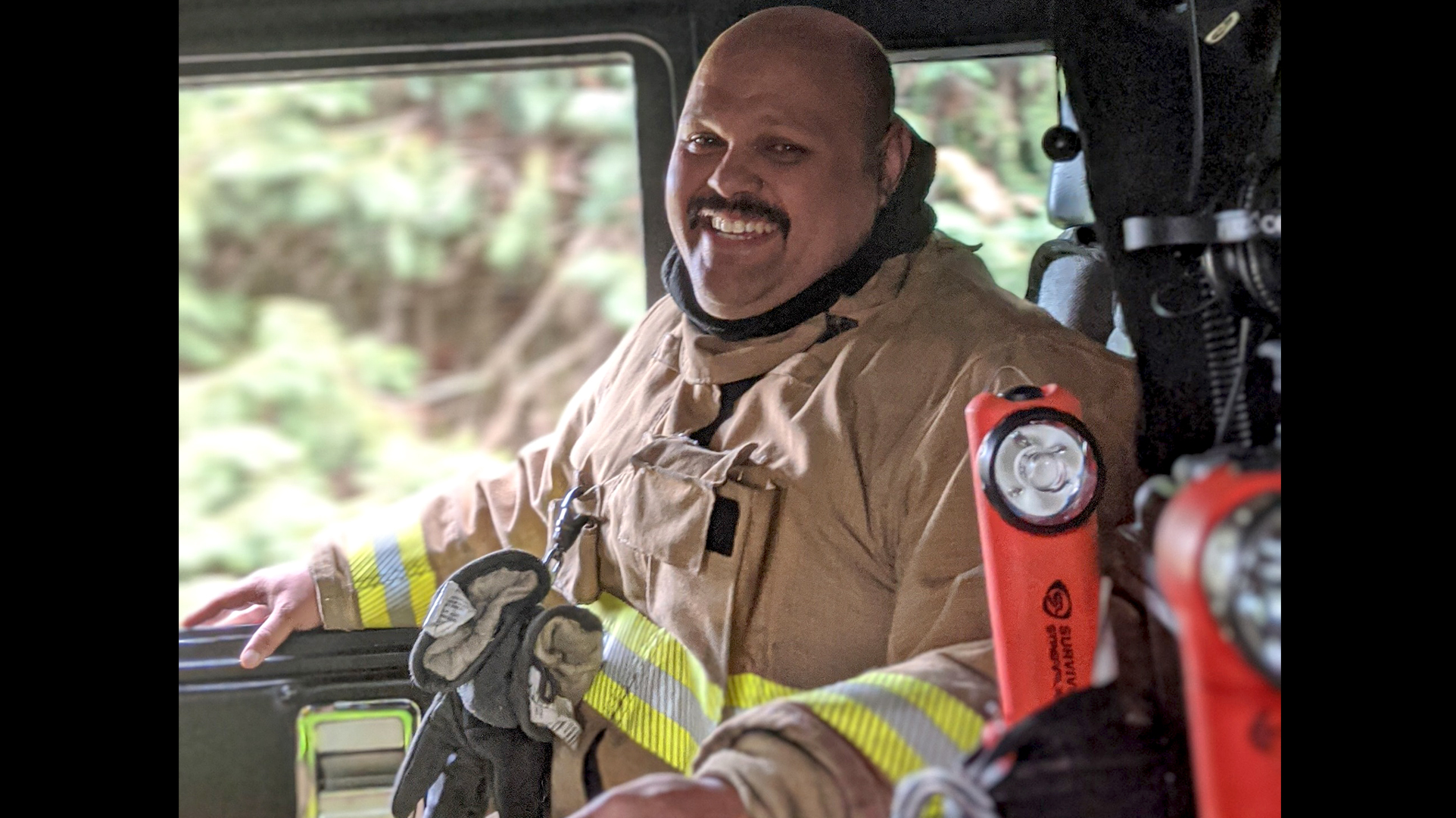 “I’d been here just under two years when the Kincade fire started. It was myself and two other guys, and we ran medical calls all weekend, because once we evacuated there were people that didn’t leave, and they would call 911 and try to get an ambulance to come out, or whatever the case may be to get out of their homes. We ran about 20 medical calls, then woke up on Sunday morning, and went up to the Kincade fire, in the foothills in Windsor. We were doing structure protection, making sure that houses didn’t burn down. That was the first time everybody realized that they needed a chef here. Everybody was eating MREs (meals ready to eat), and getting pretty tired of that.” – Jacob Mual 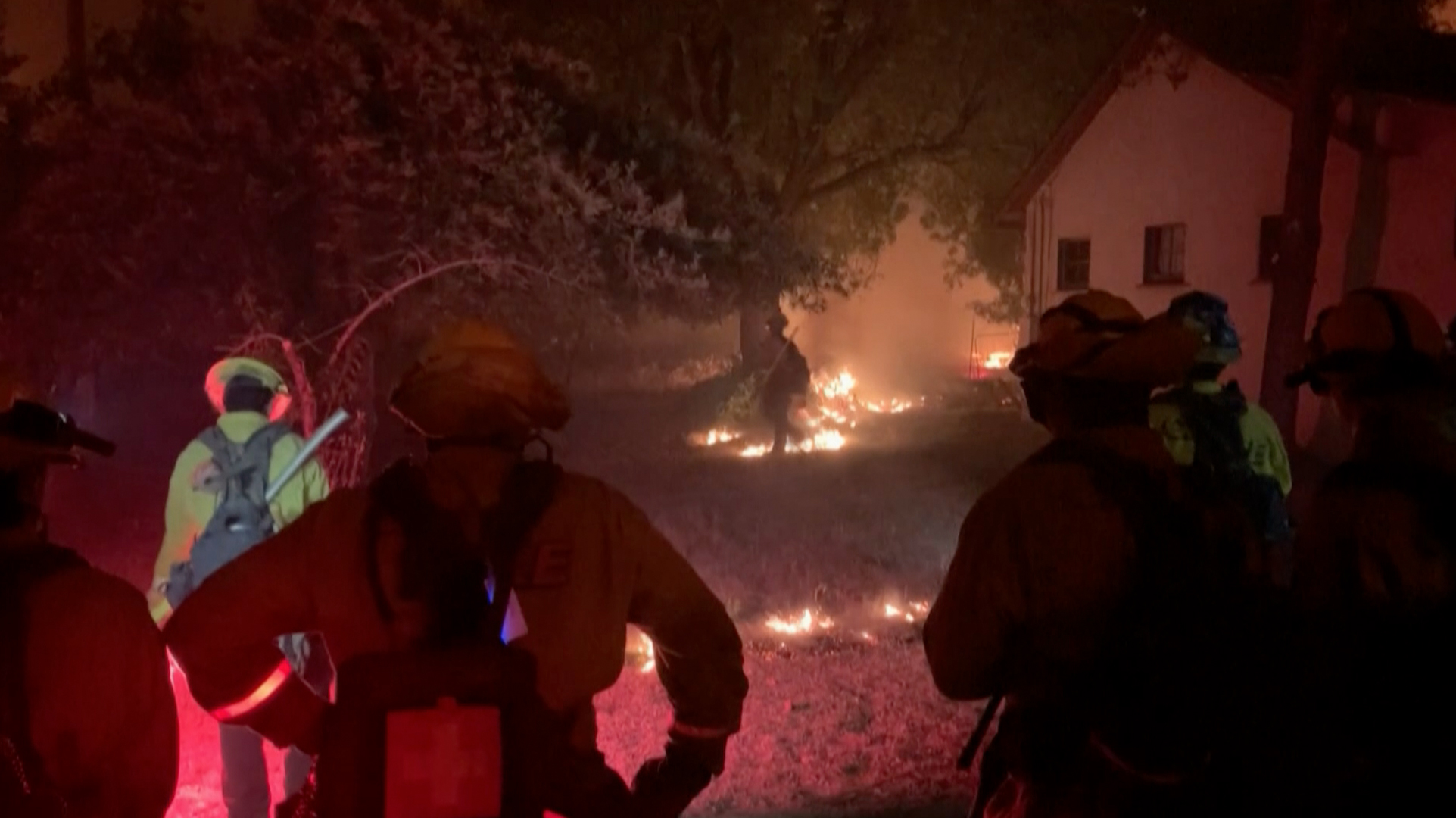 “Our state response area incorporates some of Lake County, Napa County, and Sonoma County. They call it the Lightning Complex and this past summer, in the course of 24 hours, there were more than 400 new fires started from lightning strikes. Some of these fires were small little spot fires that you could run over to the garden hose and put out. But some went unchecked, and next thing you know they’re 3,000 acres. The Atlas Fire grew to 300,000 acres and it started from a lightning strike. Then we had the Walbridge Fire over here, which grew to 50,000 acres, and again started with a lightning strike up on Sweetwater Springs Road. The Meyers fire out in Fort Ross ended up being 3,000 acres. It took about a week to get that completely contained. It caught everybody a little bit off guard having 400 lightning strikes in a 24-hour period. The county does a really good job of moving the resources around to ensure that we have coverage all over the place.” – Jacob Mual 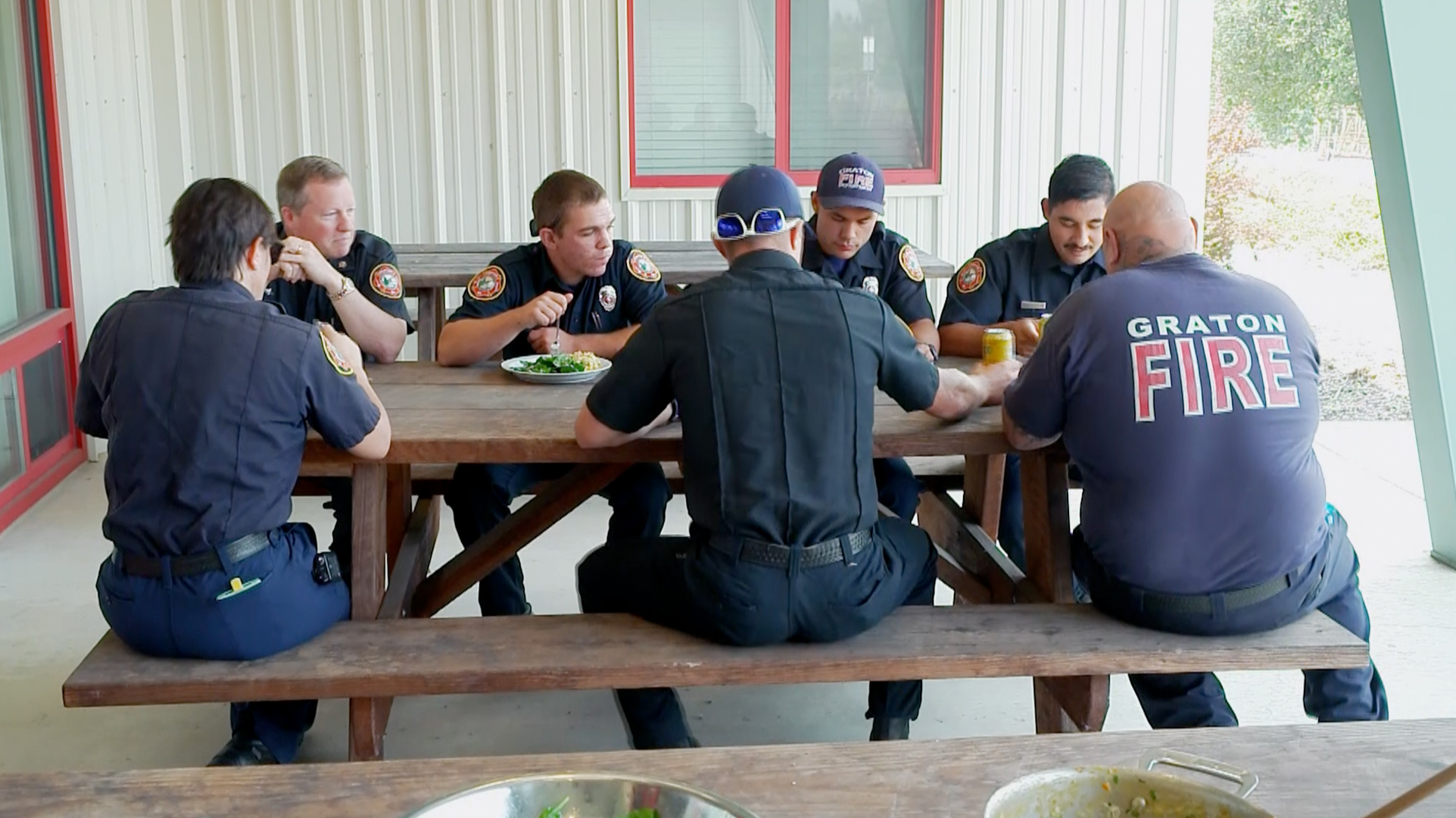 “The original idea for the cookbook came when I first started volunteering. I came down here and I was really surprised. My whole thought process was like, “firefighters, super healthy, eat really well, workout all the time,” and then I see a lot of guys eating pizza and fast food. Young guys were going off to work and just didn’t know what to cook, or how to cook. That was when the idea was kind of spawned to put this book together. After the guys come in on their 24-hour shift it feels good to be able to provide them with a ‘home-cooked’ meal; it warms them up a little bit.” – Jacob Mual