As well as farming produce, Calvin Riggleman makes his own liquor. Watch Lidia try whisky shots from his distillery. 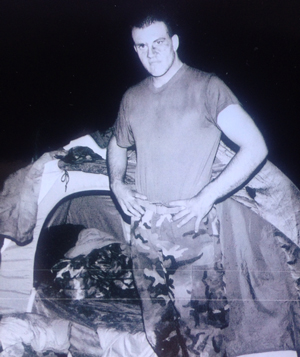 Calvin Riggleman, known to his friends as ‘Bigg Rigg’, grew up farming in the hills of West Virginia.

Just before 9/11 he joined the Marine Reserve and told the recruiter to put him down for the infantry, “I want to be where the action is,” he said.

The next year he found himself on the front lines of the Iraq war, storming into Baghdad.

He thinks that the being raised in the country, without many luxuries, prepared him well for life as a Marine.

After he left the Army, he returned to his grandfather’s farm, and the land he knew best. 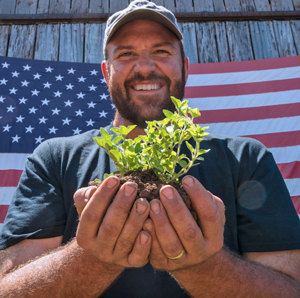 He now owns an 80-acre expanse, and grows all kinds of fruits and vegetables.

He manages a farm stand, travels to farmer’s markets, and makes his own jams, jellies and sauces, as well as several kinds of local moonshine.