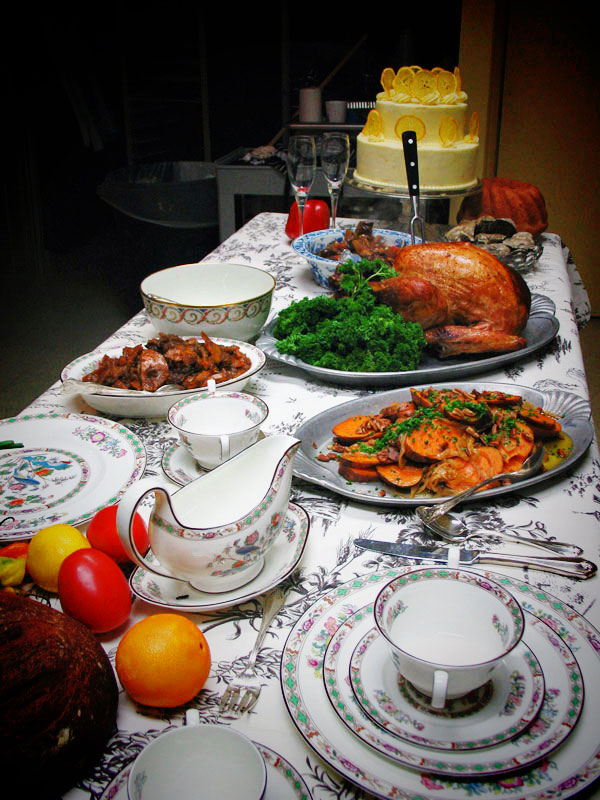 By Chef Walter Staib, host of the PBS series “A Taste of History” and head chef of City Tavern

Growing up in the Black Forest of Germany, we never celebrated Thanksgiving. When I came to America in the 1970s, it was a bit mystifying to me. However, I now enjoy the holiday with friends and family at my restaurant, City Tavern, as the busiest day of the year. It has also come to be one of my favorite holidays because it embraces a look back into our past as a nation.

Guests flock to City Tavern because they want to experience a colonial feast for their Thanksgiving. There is something about tasting tradition that makes us grateful for our roots. Eating the foods that our founding fathers ate gives us a way to look back at where we have been, which allows us to appreciate where we are now.

Thanksgiving Day is all about gratitude and sharing with others. Its a tradition that was founded on celebrating making it through tough times and thanking those who made it possible. We only have to look as far back as Election Day, a few weeks ago, to think about those who gave us liberty. This election season was a tough one, but consider the very first elections and how they were made possible. The very men and women who led our nation through revolution and into a new, unchartered territory should not be forgotten on this day of remembering ancestors and the pillars of our community. Pilgrims came to this nation for religious asylum, but the signers of the Declaration made freedom possible for all of us. 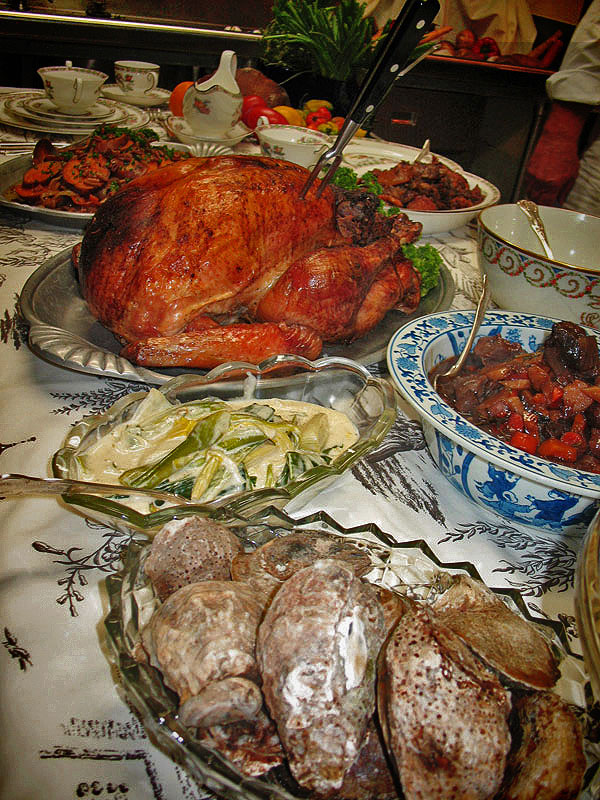 There is no better way to get in touch with our founding fathers than to eat the recipes they enjoyed. It is easy to admire a painting of George Washington, perhaps read about the writing of the Declaration of Independence, or even stroll the gardens at Thomas Jeffersons Monticello. But, to get a true glimpse of who these men were, it is a much more complete experience, and a more delicious one to taste their recipes. I have spent years tirelessly researching the recipes that colonial Americans enjoyed, the ingredients they had access to and the methods of preparation. These are the recipes that I feature on my show A Taste of History and serve at City Tavern. They are also the dishes I suggest you serve at your holiday table.

This year, instead of serving nouveau cuisine or fusion confusion, I invite you to recall what the holiday is really about  celebrating our past  as a nation and a family. I invite you to join me in having a taste of history.

Walter Staib has made numerous appearances on local and national cooking shows, such as the Today show and the Food Networks Best Thing I Ever Ate and Iron Chef. He is the host of the Emmy Award winning show A Taste of History, which just received the 2012 James Beard Foundation nomination for Best TV Show On Location. The show is a vehicle for Staib to share 18th century cuisine with a growing audience. Currently, he can be seen nationwide for the fourth season on PBS and on national cable on RLTV. The show was awarded three Emmy awards in its first two seasons.