For more than 40 years, Earth Day has raised awareness around the need for environmental conservation. Sustainable agriculture embodies what Earth Day is all aboutprotecting our landscape from development by keeping it in production, while providing healthy and nutritious food for our communities.

I talked to Kathleen Frith, president of Glynwood, an agricultural nonprofit based in Cold Spring, NY working to strengthen the regional food system in the Hudson Valley, to get her perspective on how we can advance the field of sustainable agriculture. Along the way, I learned five surprising facts about sustainable farming and food that you might not be aware of. 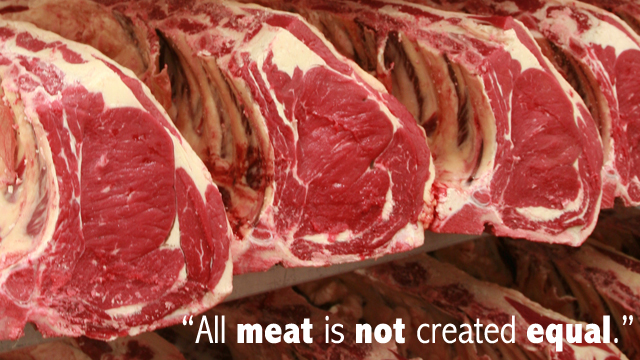 1. While livestock is important to keeping our agricultural land in production and our ability to provide healthy food to our communities, most of the meat in our country is raised through CAFOs, or concentrated animal feeding operations, which have a host of environmental and animal welfare issues. These operations dont provide much room for the animals and use antibiotics to keep animals disease-free. The good news is that there is a growing sustainable meat production movement. Sustainable farms, such as Glynwoods Farm, integrate their livestock into the fertilization process across the entire farming operation. There is a way to raise animals in an environmental and humane manner that results in really beautiful meat, said Frith. 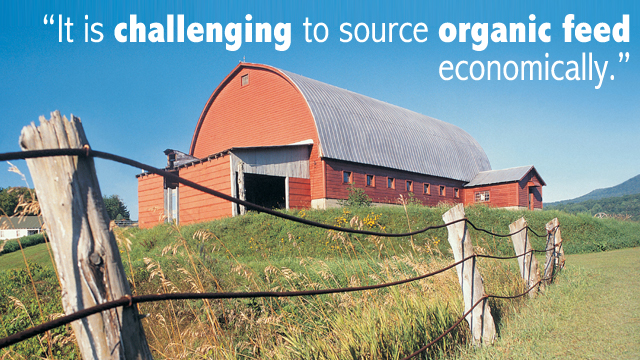 2. Its difficult to source organic feed for livestock, especially grain. At Glynwood, we have moved away from all genetically modified feed for our livestock, but its proven challenging to produce food in an economically viable way that doesnt involve genetically modified feeds, said Frith. Organic feed is more expensive and harder to procure than traditional feed varieties, and raises the cost. We need to expand our availability of affordable, organic feed, adds Frith. 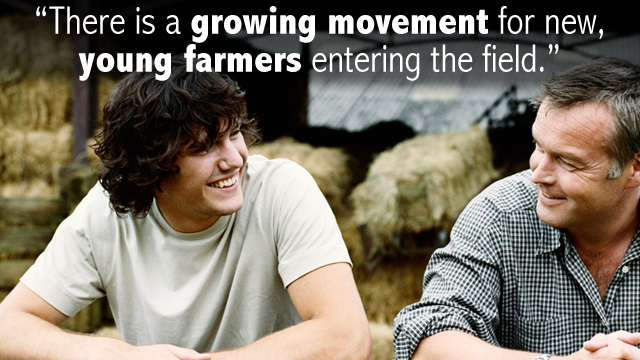 3. According to the 2007 Census of Agriculture performed by the USDA, the average age of farmers across the country is around 57, and the fastest growing group of farmers is 65 and older. We are quickly losing our farming population, so one of our priorities at Glynwood is to help new and young farmers overcome the challenges that are inherent in entering the field of farming. We desperately need new farmers, but its particularly hard to access land and capital when youre just starting out, said Frith. One of the many things Glynwood has done to respond to this need is to develop a farmer apprentice program that offers both farm-based and business training. There is a growing interest in sustainable agriculture, but those just entering need training, which, historically, has been handed down from generation to generation. 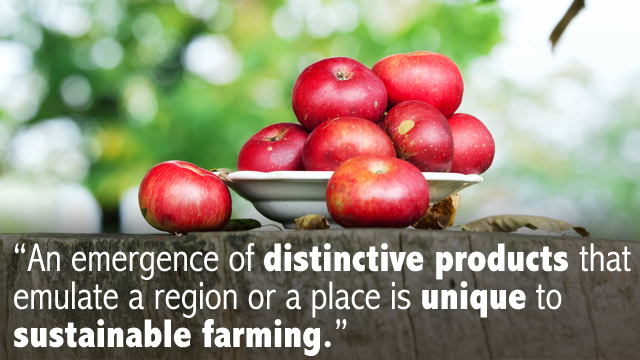 4. Agriculture needs to transition towards more of a regional-based system, creating products and using farming techniques that are suitable for particular regions. I would like to see a regionally-based agricultural system across the nation that produces specific products that speak to that particular region, said Frith. One way Glynwood is working to create a regional food identity in the Hudson Valley is through its Apple Project, which has fostered the creation of a regional food culture around hard cider produced in the region. Many farmers have been losing their apple orchards because traditional apple production is economically challenging, so weve been working with apple growers to help promote craft hard cider production. Due in large part to Glynwoods work in this area, weve witnessed a recent reemergence of hard cider, which is actually one of the most traditional American beverages. 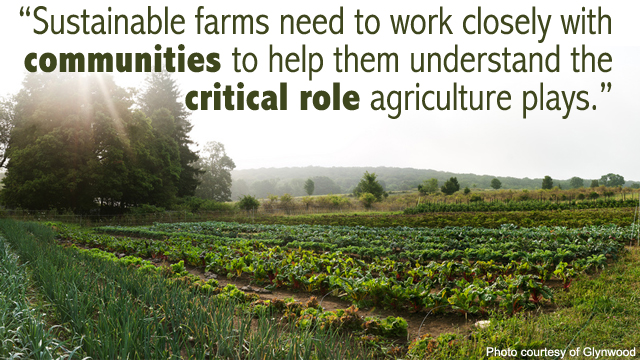 5. Rural communities are becoming increasingly aware that keeping their landscape in agricultural production is essential for their economic viability. As a result, sustainable food and farming is now recognized as a critical component of community planning and development, as rural communities work to ensure economic prosperity into the future. Another one of Glynwoods programs, Keep Farming, helps communities do just that by guiding them through a process of identifying their agricultural resources and establishing strategies that will encourage the long-term viability of farming. 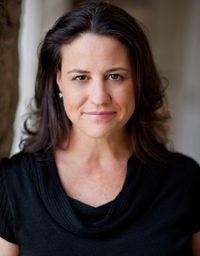 Kathleen Frith is currently President of Glynwood, a nonprofit working to build a thriving regional food system in New Yorks Hudson Valley. Prior to joining Glynwood in 2012, Kathleen was the Managing Director of the Center for Health and the Global Environment at Harvard Medical School, where she helped shape the Centers programs to educate people about the links between human health, food systems, the ocean and the environment. While at Harvard, Kathleen started the Harvard Community Garden, the Universitys first garden dedicated solely to the production of food, and produced the award-winning film Once Upon a Tide on the importance of ocean conservation.

In addition to her leadership position at Glynwood, Kathleen currently serves as Director for the Pleiades Network, an organization she founded in 2009 to advance womens leadership in creating a more sustainable world. She has authored numerous reports and publications and acts as an advisor to various environmental and community organizations, including the Ocean Foundation, Oxfam and the Mayors Council on Food in Boston. Kathleen also serves on both Congressman Maloneys Agricultural Advisory Board, as well as Senator Gillibrands Agricultural Working Group. Originally from California, Kathleen studied marine biology and received a Masters degree in Science Journalism from Boston University.