By Tori Avey of The Shiksa

Hanukkah is an 8-day holiday commemorating the re-dedication of the holy Temple in Jerusalem in the 2nd century BCE. It celebrates the Jewish victory over the Syrian Greeks, and the miracle of the menorah oil. According to the Talmud, after the Temple was cleaned, olive oil was needed to fuel the light of the menorah (candelabrum). Though there was only enough oil to burn for one day, the oil lasted eight days. On Hanukkah, Jews celebrate their religious freedom and what is considered to be a great miracle that occurred. There are many traditional foods for Hanukkah, and most of them are deep fried in oil to honor the miracle of the menorah oil, including latkes (potato pancakes), sufganiyot (jelly-filled donuts), and bimuelos (fritters with honey). Dairy foods are also traditional for the holiday. Here are five Hanukkah recipes that you can enjoy during the Jewish holiday week, or just because! 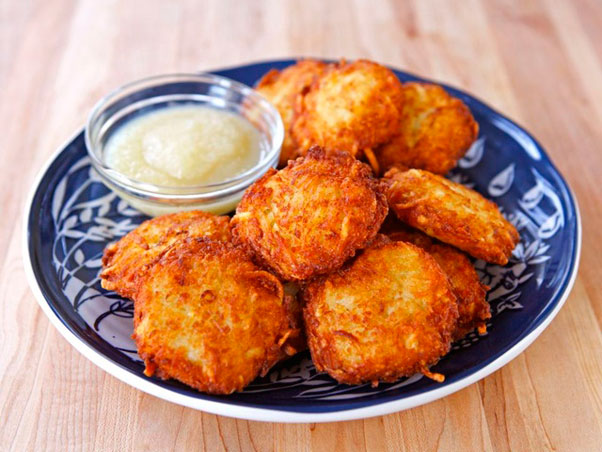 Recently, I decided to use Japanese panko-style breadcrumbs as a binder for the latkes, instead of matzo meal or flour. I loved the resulting latkes they were golden brown and super crispy, while perfectly light and fluffy inside. 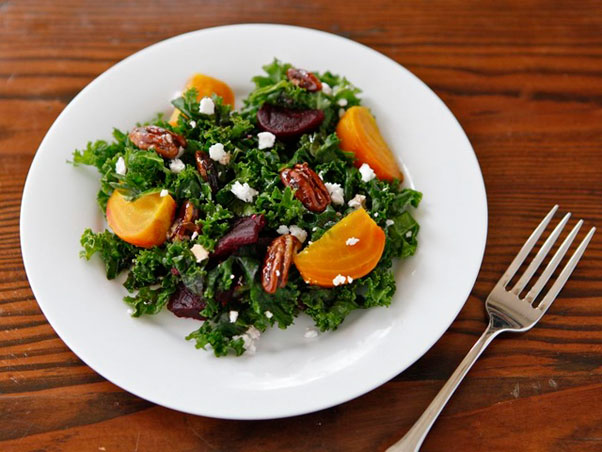 While frying is a symbolic way to celebrate the Hanukkah holiday, its also a surefire way to pack on the pounds. To offset all of that fried, fatty holiday goodness, I created this festive kale salad for the holiday. Its full of vitamins and nutrients, but it doesnt taste like health food. It also features an optional crumbled cheese topping, a nod to the tradition of eating dairy foods for Hanuukah. 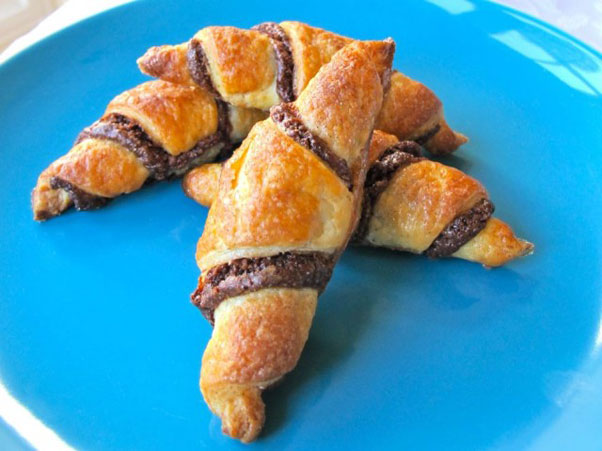 Youd be hard-pressed to find a Jewish dessert that is more beloved than sweet, flaky rugelach. Yiddish for little twists or rolled things, they descend from an Eastern European pastry known as kipfel. These holiday cookies are traditionally made for Hanukkah and Shavuot, but I make them year round because I love them so much! 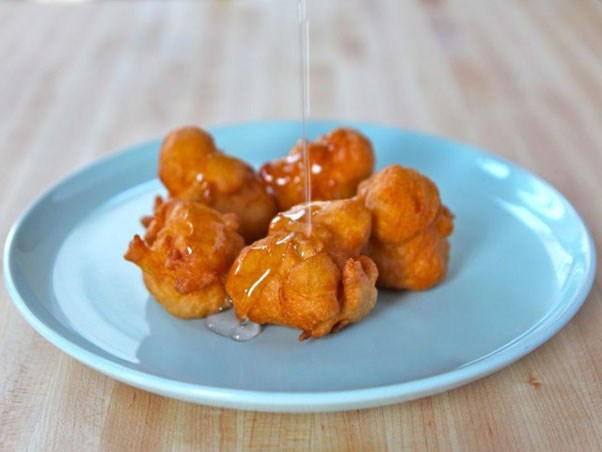 This is one of my mother-in-laws Hanukkah recipes; it was handed down from her Sephardic Jewish ancestors. In our Israeli family, the dish is called levivot delicious fried batter topped with sweet, exotic sugar syrup. They are simple and divine, an unexpected treat at the end of a traditional Hanukkah dairy meal. 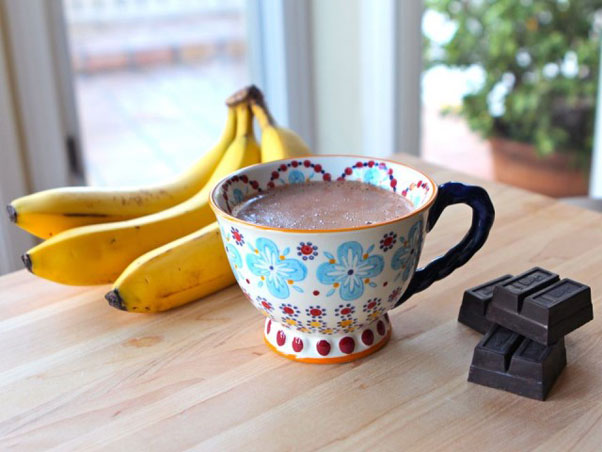 I created this recipe in honor of the creators of the Curious George book series– Hans and Margret Rey. The couple escaped Nazi-occupied France during World War II in a dangerous journey by bicycle; if they hadnt escaped, Curious George may never have existed. This cozy winter drink is a great way to use up your leftover Hanukkah gelt (chocolate coins).

Tori Avey is a food writer, recipe developer, and the creator of two cooking websites: The History Kitchen and The Shiksa in the Kitchen. She explores the story behind the food  why we eat what we eat, how the foods of different cultures have evolved, and how yesterdays food can inspire us in the kitchen today. Toris food writing and photography have appeared on the websites of CNN, Bon Appetit, Zabars, Williams-Sonoma, Yahoo Shine, LA Weekly and The Huffington Post. Follow Tori on Facebook: The Shiksa or Twitter: @theshiksa.
Tags: PBS Food Originals
Learn More Providing Support for pbs.org