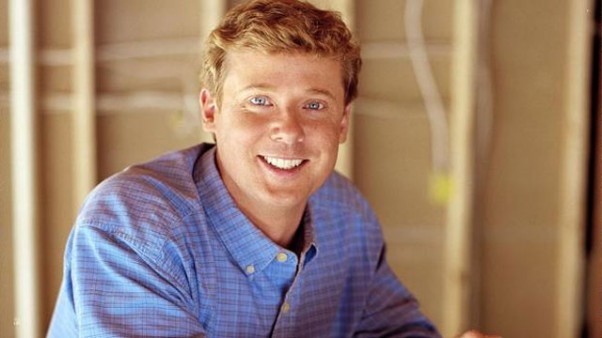 This Old House host Kevin O’Connor shares a favorite family memory in this essay about Christmas in a house full of kids.

Stockings or Presents? A Christmas Memory from the OConnor Household

In the OConnor household, Christmas morning started the same way every year  with my six siblings and I crammed together on the upper landing of our staircase in full debate.

The landing was high ground that gave us a precious peek at wrapped presents under the tree, and technically it was still upstairs, putting us in compliance with the rule that we couldnt go downstairs until my parents were awake.

Why the debate? Because another rule required us kids to collectively agree on what presents to plunder first: those in our stockings, or the ones under the Christmas tree.

The big stuff was under the tree, making it the obvious choice. But the stockings were always a good place to start because thats where the batteries were. Having a handful of double-As when you later attacked the gifts under the tree meant you could power up a battery-operated toy instantly. If the stockings were left until last, you might have to wait for your sister to assemble her Hollie Hobbie Easy Bake Oven before you could speed your remote control car into your brothers feet  over and over again.

On the other hand, tearing into the stockings first could be perilous. A baseball in the stocking undoubtedly meant a glove under the tree, and a roll of paper caps was an unceremonious way to find out that Santa finally acknowledged an eight year olds right to bear arms.

So, each year the stocking/tree debate raged anew and was never really decided until the moment we were released from the staircase. Sprinting downstairs, we quickly surveyed the stockings in one room and the presents in the other. Necks snapped back and forth and final arguments were screamed out until the momentum took us one way or until Mom and Dad made a clairvoyant suggestion that steered us another way.

And all these years later, after Ive forgotten about all of the presents, I still fondly remember sharing the pent-up excitement of Christmas morning with my brothers and sisters, perched on that stairway landing, ready to dive into the joys of that special day.