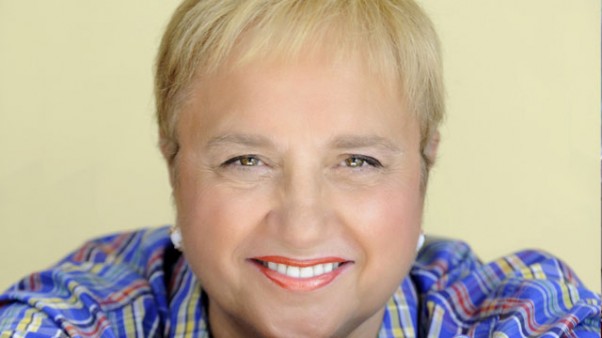 Lidia Bastianich is the host of many cooking programs on public television, including the upcoming Lidia Celebrates America, which premieres on Tuesday, December 20th.

Telling my grandchildren stories of my growing up is one of our favorite ways to spend time together, especially around the holidays. They want to know what it was like-what I did as a child. They are especially interested in the organic and simplistic setting I grew up in. I lived very close to my grandmother who grew and raised almost everything we ate. She grew the wheat to make flour and then bread and pasta, the olives we made into oil, the grapes we harvested and fermented into wine, and delicious tomatoes, potatoes, and beans. Then we had all the courtyard animals; my grandparents kept chickens, geese, ducks, rabbits, pigs, goats, donkeys, and more. It is this communal family life that interests my grandchildren.

As you can imagine, Christmas Eve was always a special time for me growing up. When we were small we ate and then we went to bed. But as we got bigger, we were included in midnight mass, and that was really fun. Even though we would sometimes fall asleep and have to be carried home by our parents, the mass was beautiful; even as a girl I loved the music, the procession, the organ, and the choir. I remember cool starry nights-sometimes it snowed, sometimes it didn’t-but we would huddle together as we walked to and from the church. I think that memories like these have given me a lot of stability in my life and I owe a lot to that feeling of belonging at an early age. These are the kinds of memories I hope to give my grandchildren by spending time together, sharing stories.

Lidia Bastianich is the host of Lidia Celebrates America which premieres on Tuesday, December 20, 2011. Get a sneak peek at the program below: