In Defense of Food: About the Show - PBS Food

In Defense of Food: About the Show 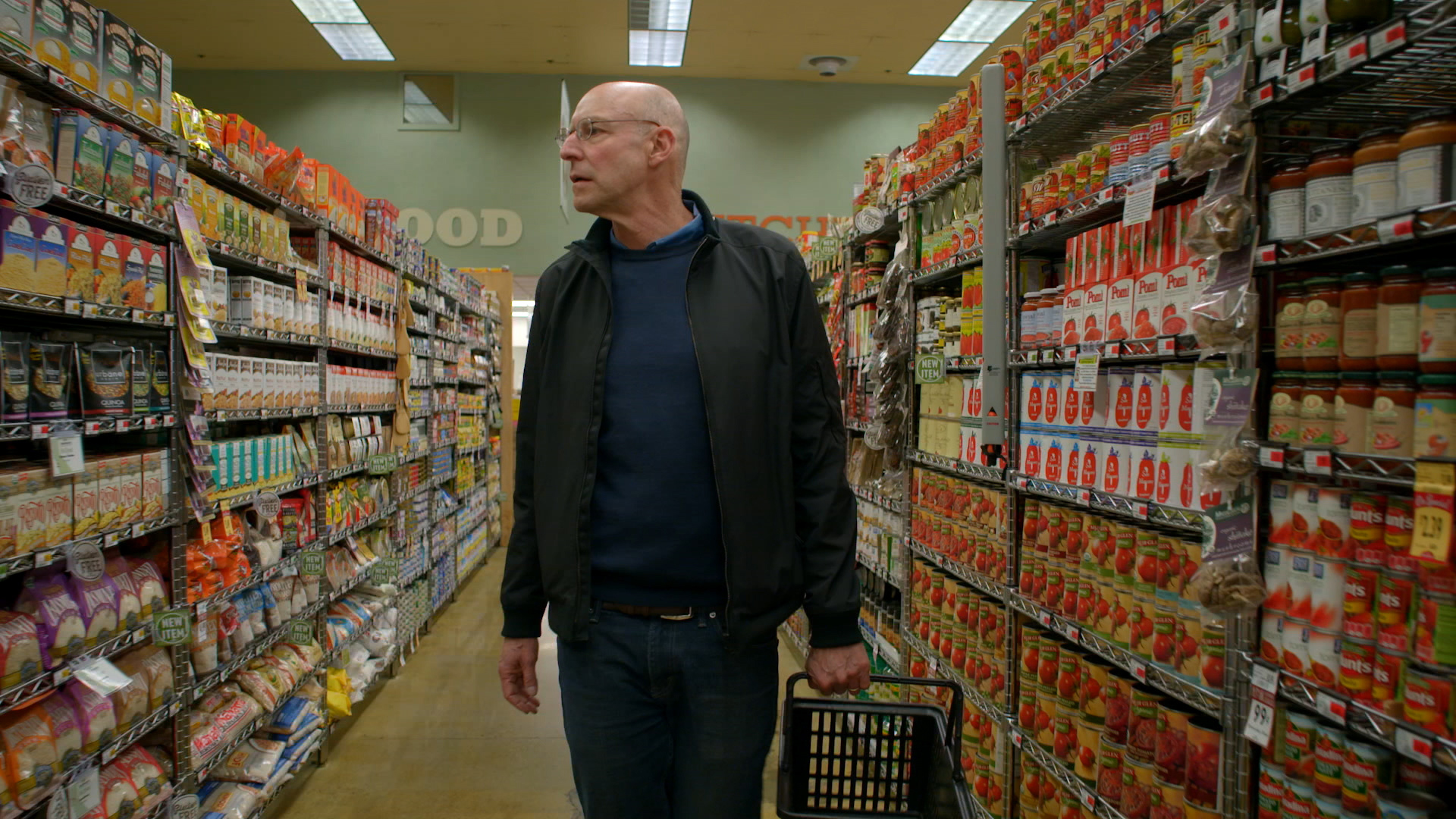 Join New York Times best-selling author Michael Pollan on a fascinating journey to answer the question: What should I eat to be healthy? Busting myths and misconceptions, In Defense of Food reveals how common sense and old-fashioned wisdom can help us rediscover the pleasures of eating and at the same time reduce our risks of falling victim to diet-related diseases. In Defense of Food, a Kikim Media production, premieres Wednesday, December 30, 2015, 9:00-11:00 p.m. ET (check local listings) on PBS.

Pollan’s journey of discovery takes him from the plains of Tanzania, where one of the world’s last remaining tribes of hunter-gatherers still eats the way our ancestors did, to Loma Linda, California, where vegetarian Seventh Day Adventists enjoy remarkable longevity, and eventually to Paris, where the French diet, rooted in culture and tradition, proves surprisingly healthy. Along the way, he shows how a combination of faulty nutrition science and deceptive marketing practices have encouraged us to replace real food with scientifically engineered “food-like substances.” And he explains why the solution to our dietary woes is in fact remarkably simple: Eat Food. Not Too Much. Mostly Plants.

Featuring interviews with scientists, nutrition experts, physicians, food activists and more, and including the stories of real families, In Defense of Food is directed by Michael Schwarz. The film is produced by Schwarz and Edward Gray with a telescript by Gray. Kiki Kapany is the executive producer. The film is edited by Rhonda Collins and Gail Huddleson. Major funding for In Defense of Food was provided by the National Science Foundation and PBS. The film is presented by KQED and distributed by PBS.

Almost every day there’s a new headline about food. Eat more fiber. Drink less milk. Eggs are bad. Eggs are good. No wonder people are confused. In Defense of Food begins with an exploration of the kind of food most Americans eat today — known as the Western diet. It includes lots of meat, white flour, sugar and vegetable oils. It’s cheap, convenient and has been processed to taste really good. But the effects of the Western diet on health are not so tasty, including alarming increases in obesity and Type 2 diabetes.

So if the Western diet makes us sick, what kind of diet will make us healthy? Pollan’s search for the answer leads him to explore the kinds of food that come from nature.

And what nature provides is remarkably diverse. In the Andes, the Quechua people harvest potatoes and grains and eat only a small amount of meat. In East Africa, the Masai thrive on a diet consisting mostly of cattle blood milk, and meat. In the Arctic, the Inuit have long eaten tremendous amounts of fat from whales, seals and fish. And in Tanzania, members of the Hadza tribe are some of the last people on earth who still get their food the way our ancestors did: by hunting and gathering. Scientists who study the Hadza have found that they very rarely develop the diseases found in those who eat the Western diet, like obesity, Type 2 diabetes and heart disease.

What Pollan means by telling us to “eat food” is to eat what people ate for the thousands of years before we became dependent on processed foods. He believes that many of our troubles today stem from thinking about foods solely in terms of the nutrients that are in them — a tendency fueled by the food industry’s practice of making health claims on products based on the nutrients they’ve added (vitamins, fiber or Omega 3s) or taken away (most famously fat). But science shows that a wide variety of diets can be healthy, provided they consist of the kind of whole foods our species has evolved to eat, which include all of the nutrients we need.

The film examines everything from rising concerns about Omega 3s and 6s to what we’re learning about the biochemical roots of our craving for sugar — and how too much sugar can overwhelm our ability to process it. It looks at why nutritional guidelines that advised reducing fat in our diet had the unintended consequence of increasing obesity — as well as what the latest studies show about the benefits of a plant-based diet, and the role of the trillions of intestinal bacteria that inhabit all of us — an emerging new field of nutrition science that is changing the way scientists think about food and health. And it reveals how hidden environmental cues influence not only how much we eat but also what we eat.

Drawing conclusions from these findings, In Defense of Food offers viewers simple, practical advice on healthier eating. It’s indispensable viewing for anyone interested in the relationship between food and health.

“There are many aspects of our lives where we feel like we have very little power. But when it comes to food, we do have power,” says Pollan. “The rise of farmers markets, the rise of organic agriculture, the rise of the food movement — none of this was the result of government action. All of this was the result of consumers voting with their forks, signaling to farmers and the food industry they wanted something different. And this has created a multi-billion dollar alternative food economy. So we may be at a turning point.”

“Eat food, not too much, mostly plants, is what our species has done for hundreds of thousands of years,” he adds. “So that advice is about as universal as any advice you could offer. It’s very rare in our lives where the answer to a complicated question is so simple, but when it comes to eating, it is.”

Featured in the Show

Funding for In Defense of Food was provided by the National Science Foundation and PBS.