Kitchen Careers is a regular feature that goes behind-the-scenes with chefs, bloggers, critics and others in the food industry to get the inside scoop on what its like to cook, or eat, for a living.

There are many fun careers in food, but not many have a better title than “Chief Baking Officer.” Meet Bobbie Lloyd, who serves in that senior role for Magnolia Bakery. The bakery, which started in New York, but now has locations worldwide, is one of the bakeries credited with launching the cupcake craze, thanks to shoutouts from everyone from Carrie Bradshaw to the Lazy Sunday guys. Bobbie shares what its like to serve as CBO of the famous bakery.

What is your background? How do you become a Chief Baking Officer? How did you become involved with Magnolia?

I have always loved being in the kitchen and took my first cooking class at age eight. To pursue my dream of becoming a chef, I moved to Boston to attend the Modern Gourmet Cooking School. Two years after graduation, I opened my first restaurant, American Accent, in Brookline, MA. Since moving to NYC, Ive had the pleasure of working as a private chef for Calvin and Kelly Klein, as a service manager at Union Square Café and working for and with famed restauranteurs at Prix Fixe, The Screening Room and Tribeca Grill.

I first met the Abrams, Magnolia Bakerys owners, in 1996. That year, I partnered with Steve Abrams to form Soup to Nuts Consulting. Together, we launched Its a Wrap, the first gourmet wrap sandwich shop in NYC. In 2004, I moved to a new position with The Beanstalk Restaurant Group (The Red Cat, The Harrison, The Mermaid Inn and PACE), a company owned by Steves brother, Danny Abrams, and Jimmy Bradley. In 2006, Steve and Tyra Abrams purchased Magnolia Bakery from its original owner, Allysa Torey. I was thrilled to accept the role as President and CBO (Chief Baking Officer) in the company. Ive been creating new recipes for the company and lots, lots more ever since!

Who are your culinary icons?

I really like old-fashioned cookbooks that you get at fairs and flea markets, written by women who have been baking for their families for generations. I even have a collection of the original Pillsbury bake-off cookbooks from the 1950s that were my mothers. 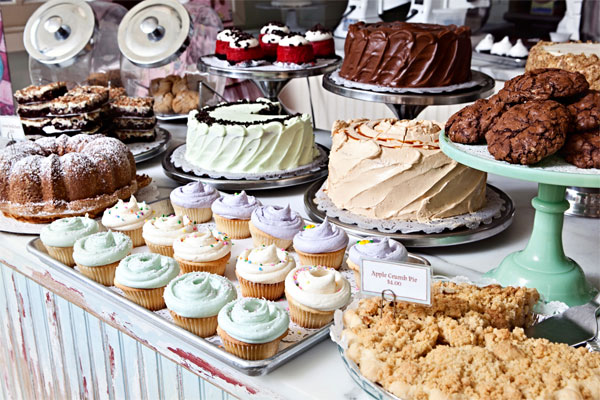 Can you describe a typical day in your role as Chief Baking Officer?

As President and Chief Baking Officer, my job changes throughout the day. I may be working on a new recipe with our production team, or opening a new location, most recently Chicago and Bloomingdales.

I work very closely with our management team on a retail level as well. As our company grows, we continually search for ways to be more efficient and cut costs, yet deliver the same customer experience no matter what market.

For those who dont know, what is the story behind Magnolia Bakery?

Magnolia Bakery opened its first location on a cozy street corner in the heart of New Yorks West Village in the summer of 1996. From its inception, Magnolia has been cherished for its classic American baked goods, vintage decor and warm, inviting atmosphere. In 2007, Magnolias original owner passed her oven mitts to Steve and Tyra Abrams. Together, with the Abrams, we have thoughtfully expanded the bakery from its first West Village shop to its current eight locations worldwide.

What makes your desserts special?

Each and every recipe is unique unto itself. We dont use a base or a mix and just add a flavor. When we are creating something new, we start with our flavor profile of a cupcake or cake, or look for the texture we are trying to create in a bar or cookie. We work from this principle and then start creating.

We also bake in small batches all day using small mixers. Baking this way ensures that our products will be fresh.

Does Andy Samberg really come by to mack on some cupcakes?

He certainly did! He came by our Bleecker Street location in NYCs West Village to shoot the Lazy Sunday video.

It changes all the time. Currently, I love the pistachio cupcake. Im more of a cookie person, though, and will always go for the lemon shortbread. Its a perfect little melt-in-your-mouth cookie that is so versatile.

What three PBS personalities would you invite to dinner?

Were in the process of opening more stores internationally, so I would love to talk with Rick Steves about his favorite destinations. Id also love to chat with Cookie Monster and get his take on his favorite Magnolia treats! And, though she is sadly not on air anymore, I would absolutely love to dine with Julia Child.

If you could choose any event in the world to cater with Magnolia desserts, what would it be?

Magnolia caters many different types of events, from the Oscars and movie premieres to baby showers, birthday parties and weddings. If I could choose one, we would love to cater the Presidential Inaugural Ball. Internationally, it would be fun to cater Kate and Williams baby shower!

Im one of those odd people that prefer cake to cupcakes. Why? Because I like the cake part more than the icing part. When eating a cupcake I like to break mine in half and flip the icing to the middle.

What advice do you have for aspiring bakers?

Bake, bake and bake some more. The best way to learn is to understand your ingredients and your oven. The more you practice, the more you will understand the variables. 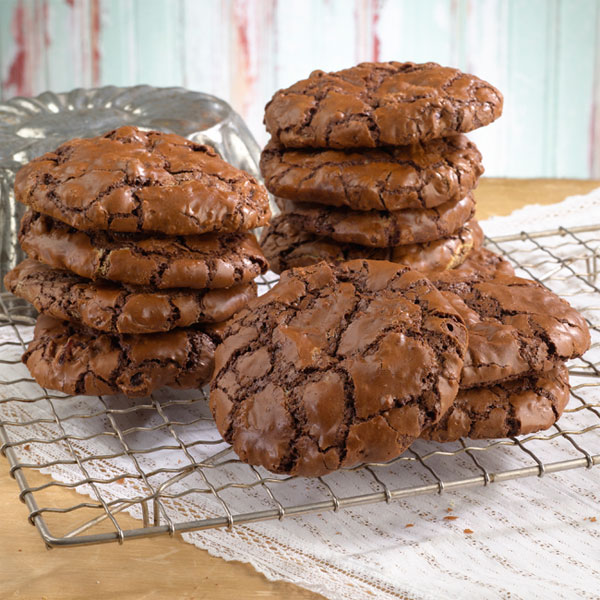 What is your favorite aspect of your job?

I love the team that I get to work with. We have fun every day, even in the face of a demanding schedule. Staying true to our mission and having the opportunity to mentor a new up and coming generation of bakers, managers and people passionate about the food industry keeps me motivated every single day.