Every chef dreams of running a restaurant, Meet Jeffrey Hansell, a Birmingham chef who has ascended to the head of the kitchen at the young age of 28. 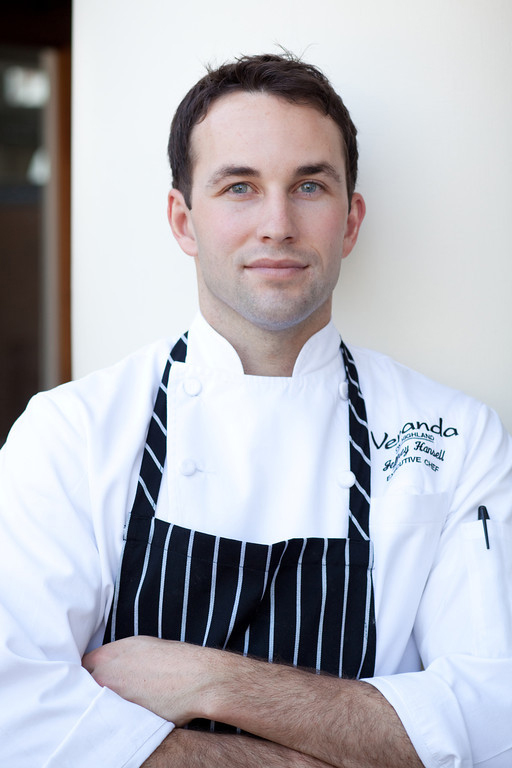 Chef Jeffrey Hansells career is focused on food: fresh, seasonal, local food. And he has a unique personality in the kitchen for an extremely young executive chef finding success within a fiercely competitive culinary scene in Birmingham, Ala. An anomaly to some in the food service industry, Chef Hansell keeps his cool at all times.

Hes a really good guy, and you dont always get to say that about executive chefs, said server Andrew Reamer, who has worked for 2 ½ years at the Veranda on Highland (VOH), Hansells Birmingham restaurant. You always talk about their cooking, but [not] who they are and their personality their makeup as a person, Reamer added. Hansell, 28, brings influences from all over the country to this restaurant, and his menu embraces seasonal shifts and locally grown produce.

Hansell grew up in Waveland, Miss., and the beach lifestyle there helped develop his relaxed aura on the line. The fresh seafood and Creole cuisine in this coastal city, situated next to Bayeux Caddey on the border of Louisiana and Mississippi, have also shown up in Hansells cooking no matter where he has traveled over the years. But then again, he picks up techniques wherever he is lucky enough to learn, and those influences have followed him across the country.

Hansell cooked in his grandmas kitchen, worked on shrimp and oyster boats, got a soccer scholarship and finished culinary school at the University of Southern Mississippi. Now he is succeeding in the same market as some of the best chefs in the Southeast, and in the country, such as Chef Chris Hastings of Hot and Hot Fish Club (right next door to VOH), and Chef Frank Stitt of Highland Bar and Grill (in the Five Points South district, within walking distance of VOH).

Many who visit Birmingham expect simple Southern flair  classic barbeque, patios, beer and football. The beauty that Birminghams restaurant scene offers, and a style that Hansell has embraced, combines this familiar charm with fine dining elegance.

Hansell described his two favorite dishes on the menu at the time that best exemplify this philosophy: Right now, theres a bone-in pork chop that I use the sous-vide technique on. So, I butcher it, season it, and pour bacon fat into a bag, and then it poaches in that bag.

I have a sous-vide pork belly and then I have smoked ham hock that are in the collard greens, and its cornmeal spoonbread in pot liquor. All very Southern, very soulful, very comforting. Comforting is the perfect word, Hansell explained.