Kitchen Careers is a regular feature that goes behind-the-scenes with chefs, bloggers, critics and others in the food industry to get the inside scoop on what it’s like to cook, or eat, for a living.

After spending one year in the glow of his computer monitor studying computer science at Penn State, William Rogers realized that he would rather be writing recipes and menus than HTML code. After a restaurant job at Oriole Park at Camden Yards, his decision was sealed, and he transferred to the Culinary Institute of America to study food.

Though his job now is a change of pace from cooking for guests at the Ritz-Carlton, where he was a chef for eight years, working at a university hasn’t stopped him from serving food at elite events. Rogers has been invited twice to be one of the few chefs chosen to be a restaurant chef at the exclusive Masters Golf Tournament in Augusta, Georgia. Now just 31 years old, he serves as the executive chef for Good Tidings Catering at the University of Maryland. 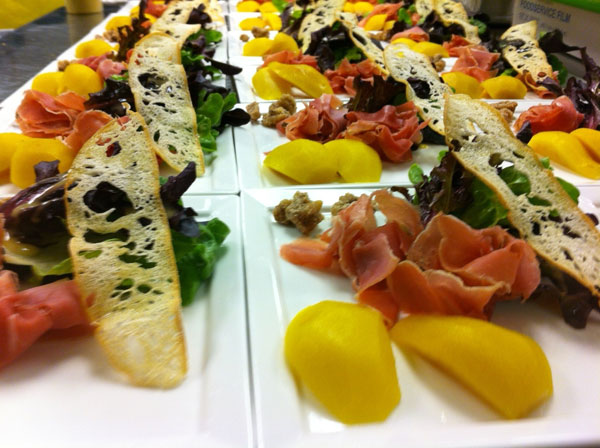 I always wanted to cook as a kid, he said, remembering how he used to help his mom in the kitchen when he was little. After taking a risk by leaving a potentially more stable career as a computer scientist, he can now say proudly, I love what I do.

At Maryland he constantly challenges himself to provide fresh, local food made from scratch.

Were very proud to serve local cheese, mostly from the Maryland, Virginia, New Jersey area, Rogers said. I help the farmers as much as I can. 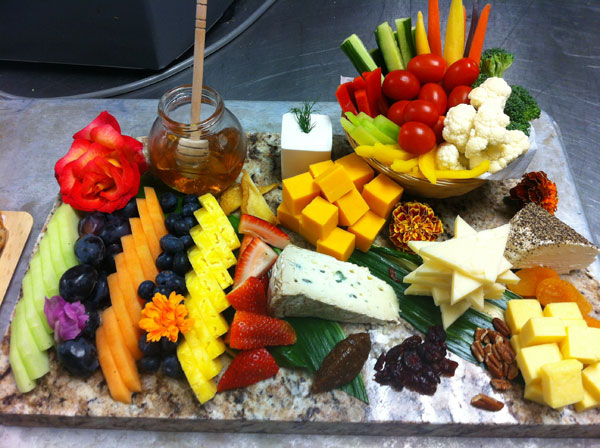 He even plans to utilize an on-campus herb garden that contains about nine herbs, including thyme, basil and mint. He could potentially use these ingredients in any of his four kitchens scattered around campus: one at the university presidents house, the student union, the basketball arena and the football stadium.

After a long day of work, Rogers still cooks dinner, but doesn’t view it as work as long as it takes under an hour to prepare. He even describes his kitchen as a little small, ironically.

As a resident of Washington, D.C., Rogers sometimes picks up techniques to implement in his own cooking when going out for dinner. He says the area is a great place to try out different flavors. In particular, he frequents restaurants owned by respected chefs such as Jose Andres and Richard Sandoval.

I like to go out to eat to be on the other side of the chair, Rogers said. Ill see something that is unique or cool that Ive never seen before, or an old idea thats now new. 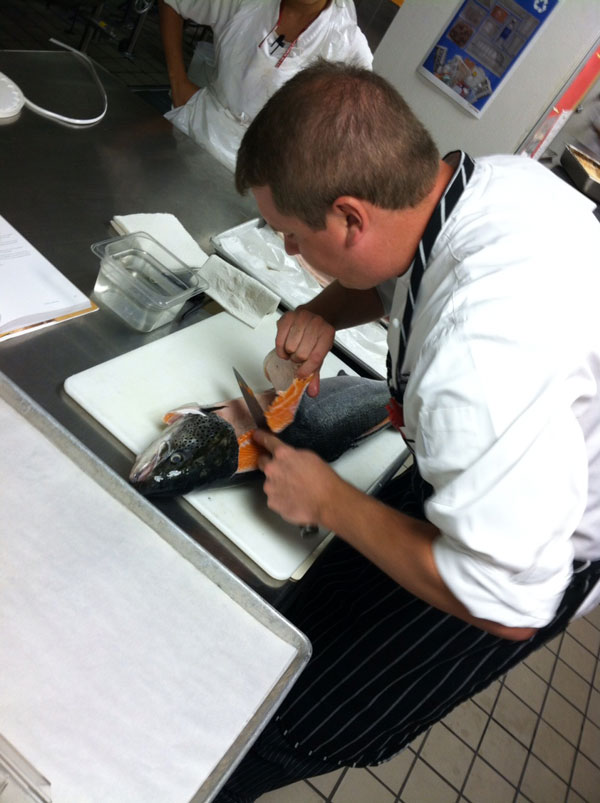 For his next big project at the university, Rogers would like to target meat. Though the university already makes homemade roast beef, salmon and ricotta cheese, Rogers strives to offer homemade cured meats, such as ham and turkey.

One of Rogers favorite events to cater is a Thanksgiving dinner for the international students, many of whom have never tried the traditional meal Americans eat every year. Beyond that, he interacts with students during the annual student affairs lunch and with his student worker who manages social media accounts.

Rogers described how critical planning ahead is when he might have seven events to cater on a day that Maryland has a sporting event. Though he prepares several days in advance, he tries to cook the food as closely to the time of the event as possible to assure quality.

Over half of the events Rogers caters are off site, meaning that he and his team need to transport the food in carts and hotboxes in a truck. His home base is the student union, so often even on-campus events are considered off site.

You see all the linen on the table with the china and the glassware, but it took a lot to get that all there, Rogers said. But its what we do and we love it. 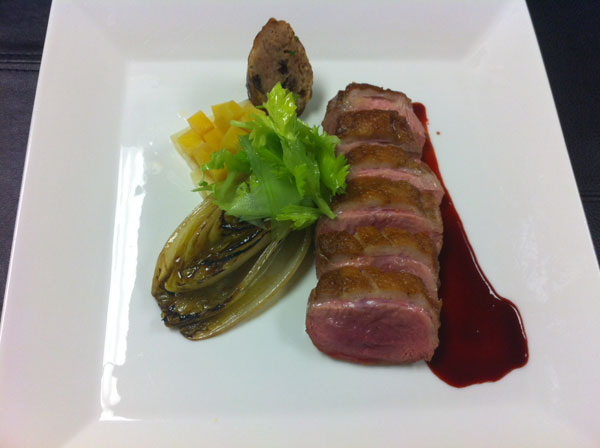 During his nearly two years at the university, Rogers has enjoyed watching his staff grow and seeing how proud they are of their work. Sometimes after finalizing a dish, his cooks will take a picture of their plate with their iPhone, which Rogers described as particularly rewarding.

The biggest takeaway Rogers has discovered from working in the food industry at nearly every levelfrom server, to student, to chefis the importance of creating relationships.

Have relationships with both internal and external guests whether its the pot washer, or another chef or a guest thats important, he said. 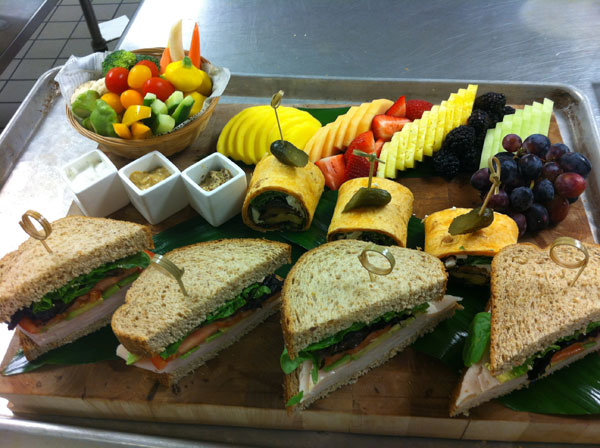