Pati travels from El Paso and Ciudad Juarez to Big Bend National Park. She discovers the people, places, and food that make it unique. Old and new friends help her discover the best places to eat and what makes the culture and economy of the region distinct. She learns how closely America and Mexico are connected through the cattle industry and visits the site where thousands of cattle cross the border every day.

She cruises through downtown El Paso with low-riders, talks to muralists, and watches an all female Mariachi band play a long-awaited comeback public concert. Pati is welcomed into the unexpected communities living at the border experiencing life and sharing their extraordinary food, from burritos known as “Juarez’s gift to the world” to Menudo, BBQ in Marfa, TX, and even Syrian-Lebanese food. Pati follows the age-old tradition of using El Paso and Juarez as a jumping-off point for exploring the region and witnesses the natural beauty of Big Bend National Park. She learns how these two cities, which are almost like an island in the desert, rely on each other in order to thrive. 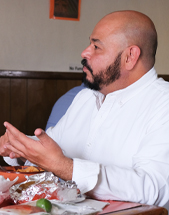 Chef Oscar Herrera who operates restaurants on both sides of the border, Flor de Nogal and Taft-Diaz. His food highlights regional ingredients and marries the culinary traditions of the Borderplex region and he is Pati’s entry into the fascinating food scene at the border. As is a dual Mexican and American citizen, born in Juarez, he deeply understands and lives the collaboration of the border. Oscar introduces Pati to the theory that the US/Mexico border is one of the most unique collisions of cultures in the world, where Mexican, American, and many other cultures coming together, rubbing up against one another and affecting the way people cook and eat. There may be a wall here but the food travels back and forth freely and he knows that first hand. 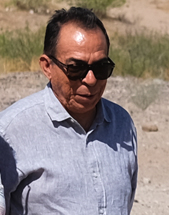 Alfredo Corchado is the Mexico City bureau chief of The Dallas Morning News and he embodies the border. His family’s story of migration to the US, how he ended up at the border, and why he keeps getting pulled back represent an experience of many people who call the border home. Alfredo provides a unique and personal perspective on what it’s like to report at the border, along with historical and political context for the cities. These conversations provide insight into big picture concepts of the border — what America represents for immigrants and what he wishes more people knew about the border.

Alvaro Bustillos is the founding partner of Vaquero Trading, “a livestock procurement and marketing company.” With Alvaro, we follow the cattle trade from ranch to plate and take a look at what the interdependent commerce of the border looks like. Cattle trade is one of the biggest industries in the area and Alvaro knows the industry extremely well, coming from a legacy of ranchers and taking his family traditions into the modern world. 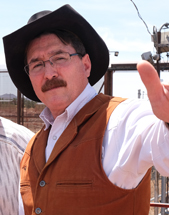 Daniel Manzanares is the director of the Santa Teresa, New Mexico International Export/Import Livestock Crossing. This crossing sees thousands of cattle come into the US from Mexico every single day and operates all week long. Daniel shows Pati the literal door in the border wall that is kept open so that the cattle can actually walk from Mexico, right through the door in the wall to America where they are quickly organized based on weight, breed, and potential value. These Mexican cattle are then sold to ranches all over the US, raised on American grain, and eventually sold to the stores as American beef. This is a 500 to 750 million dollar a year business and a large percentage of that comes right through this one door in the wall. 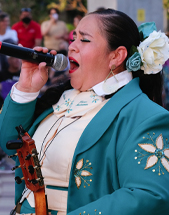 Lilly Sanchez is the director of Mariachi Flores Mexicanas Feminil, an all-female mariachi group. She has been part of the group since its inception and has seen them through ups and downs. In 2019 the group went on tour with Lila Downs and saw enormous success but the COVID-19 pandemic had a profoundly negative impact on her group. Now in 2020, Lilly is basically starting from scratch. Pati joins her and the group for one of their first public performances since 2019 and watches them as they take their first steps towards rebuilding and celebrate their 20 year anniversary. 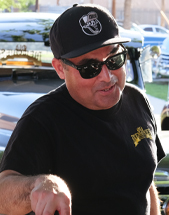 Ed Beckett is an immigration lawyer who is constantly fighting stereotypes. He is a devoted member of the Old Memories Lower-riders group, an international coalition of people who love cars. He’s fighting against negative connotations of low-riders and constantly wants to promote the good people, food, and culture the borderlands have to offer. 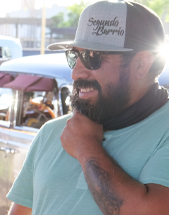 Jesus “Cimi” Alvarado was born in Juarez but was raised his entire life in El Paso, specifically Segundo Barrio. He now paints murals throughout historic Segundo Barrio and beyond but his focus is always telling and elevating Chicanx history, something often overlooked even in local schools. He is dedicated to his community, often collaborating with other artists, sharing studio space, and teaching mural techniques. His work focuses on paying homage to muralists who came before him, collaborating with community organizations and schools, and co-founded Kalavera Culture Shop, an independent art supply store in downtown El Paso as a way to have affordable and accessible supplies for local artists. 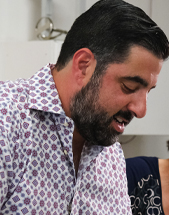 Ed Farah is unexpected in many ways. He’s a big guy with a soft heart and is also Syrian/Lebanese, born and raised in El Paso. He also works every day with his mom, SALMA, and they just opened up a new location on the West Side of El Paso. Ed and his family have a deep love for El Paso and Juarez, as well as a long legacy of family immigration to the region. On top of that, Ed believes strongly that there are actually many more similarities between Syrian/Lebanese and Mexican/Americans than people think. 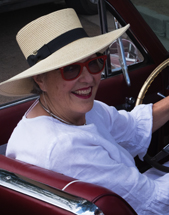 Liz Rogers is an accomplished immigration attorney and resident of Marfa, Texas. And on top of that, she is a huge fan of her home — Marfa, TX, one of the top minimalist arts destinations in the world and is just a few hours from El Paso and smack dab in the middle of the desert. Liz loves to show off all that the town has to offer and knows just about everyone in town too.