In the last century nearly 75% of our agricultural crops have disappeared. Traditionally, farmers would save and share these seeds with each other, but now, most seed production is controlled by just a few companies. Vandana Shiva explains the importance of protecting the culture and biodiversity of seeds. Its what she calls seed sovereignty.

Seed bank
A place where seeds of various crops and wild plants are stored in an effort to maintain agricultural diversity in a particular region.

Seed sovereignty
The farmer’s right to breed and exchange diverse open source seeds which can be saved and which are not patented, genetically modified, owned or controlled by emerging seed giants.

Seed swap
A gathering held by community farmers and gardeners to exchange seeds in order to maintain biodiversity.

Preservationist
Someone who advocates preservation of the diversity of seeds available in regions due to the traditional and ecological values of the plants.

GMO
Genetically modified organisms that are in most of what we eat here in the United States.
– LOCAL: The New Faces of Food and Farming in America, by Douglas Gayeton 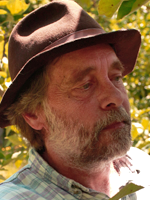 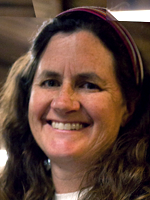 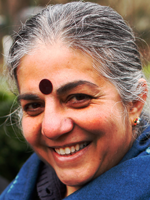 Vandana Shiva
Navdanya (translation: nine seeds)
Delhi, India
Dr. Vandana Shiva is a scientist and environmentalist. She combines resistance to giant corporations seeking to privatize and own seed and water with building alternatives so that the basis of life stays in the commons and supports all life.