What is Terroir? | The Lexicon of Sustainability | PBS Food

Judith Redmond of Californias Full Belly Farm explains that food is more than what you eat. Food carries with it an undeniable sense of place, and the French even have a word for it: its called terroir.

Terroir
The notion that food has specific qualities defined by a sense of place.
– LOCAL: The New Face of Food and Farming in America, by Douglas Gayeton 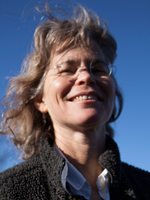 Judith Redmond
Full Belly Farms
Guinda, California
Judith Redmond, a native Californian, has farmed in northern California since 1989 as one of four owners of Full Belly Farm where a diverse assortment of fruits, nuts, vegetables, flowers, and herbs are grown. Sheep and chickens are pastured on the farm.