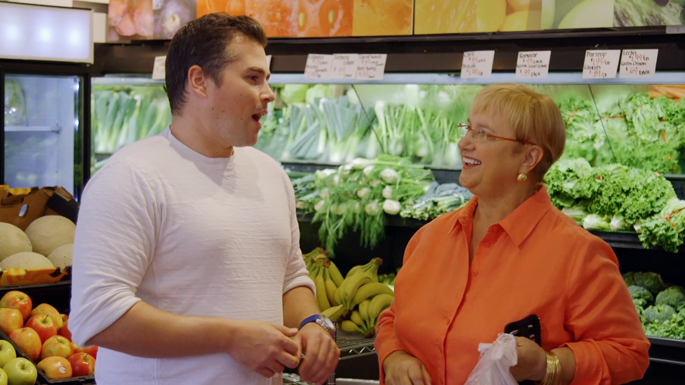 August Dannehl was born to a family that lived and breathed show business. With actors for parents, he spent much of his time backstage in New York and LA  so its no surprise that he has a love for the big screen. But after 9/11, August felt that he had to give back to the city that he loved. Joining the Navy after high school, August became a Nuclear Reactor Electrician, serving out of Naval Station Norfolk. His time in the military was quieter than some of our other featured vets, but he feels it taught him to be the man he is today.

Appreciation for the Navys lessons in responsibility and maturity stayed with him through his post-Navy education. August now works for a company called We Are the Mighty, producing content for military families. In addition to developing and directing for the brand, August also hosts two cooking shows  so we have a lot in common! It was great to visit him in LA, where he took me to the LA Farmers Market, and I got to join him in the kitchen. Together we prepared a meal for three close friends who were also vets: Bryan, Edith and Mike. You can learn more about August and see our feast at Lidia Celebrates America  Holiday for Heroes.

Navy veteran, filmmaker, and a chef August Dannehl helped Lidia prepare a meal to honor some other veterans. Watch Video