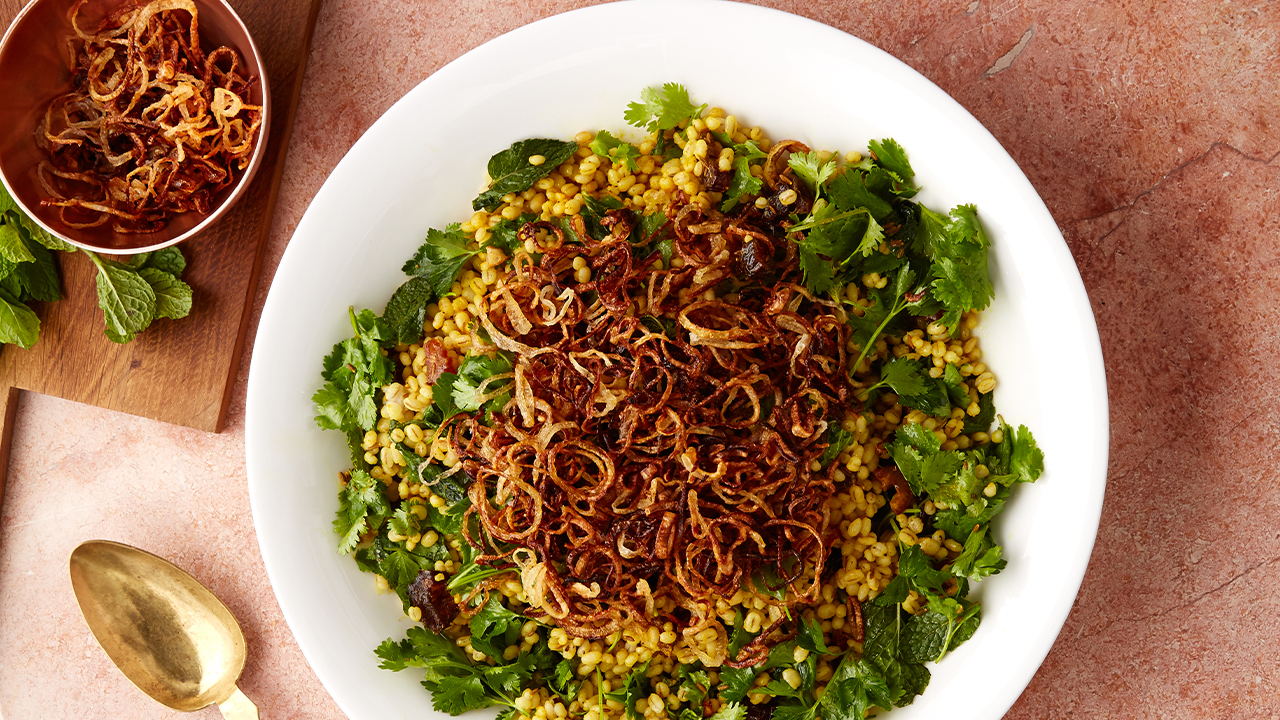 In every episode of Martha Stewarts Cooking School, learn cooking fundamentals following Marthas signature step-by-step, how-to teaching process. Be sure to check your local listings to see when this episode will be airing in your area.

Martha sheds light on the world of grains and recreates a traditional savory porridge while playing with preparations for kamut and roasted vegetables, mixed-grain pilaf with chicken, and herbed barley salad with dates. So, revive your grain game with Marthas inspiration from the Arabian Gulf.

This herbed barley salad with dates recipe appears in the "Cooking with Grains" episode of Martha Stewart's Cooking School.