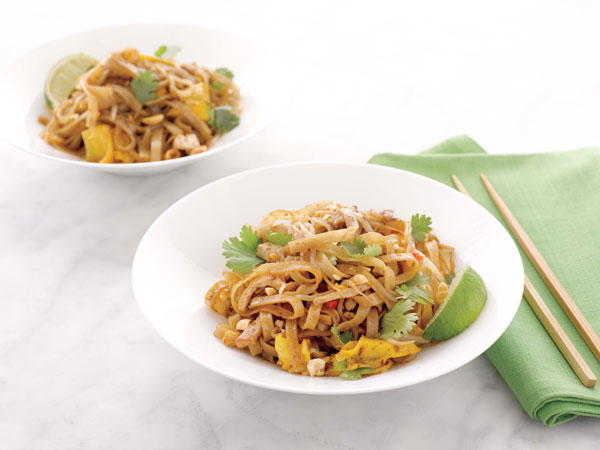 In every episode of Martha Stewart’s Cooking School, learn cooking fundamentals following Martha’s signature step-by-step, how-to teaching process. Be sure to check your local listings to see when this episode will be airing in your area.

Who doesn’t love a big bowl of noodles? In this episode, Martha shows viewers how to make three of her favorites. It’s hard to find another dish that’s more popular than Pad Thai, and Martha’s recipe is so good you won’t be even slightly tempted to call for takeout. Next she’ll cook a One Pan Pasta that calls for just a few fresh ingredients and is on the table in 20 minutes. Then Martha shows the secret to making Pho, one of Asia’s best street foods.

Martha easily slices cherry tomatoes in half using two plastic lids to keep them in place and then cuts across all the tomatoes at once.