The Mind of a Chef: About the Show | PBS Food

The Mind of a Chef: About the Show 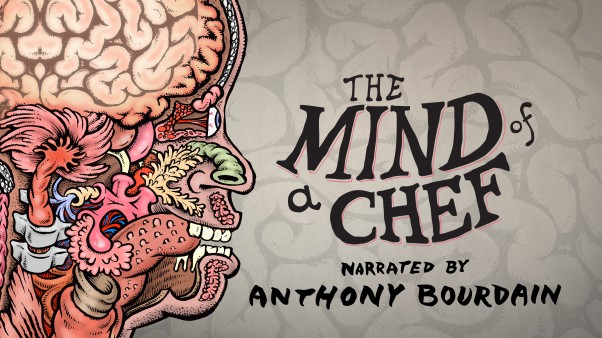 Narrated by Executive Producer Anthony Bourdain, The Mind of a Chef is that rare and beautiful thing: an intelligent show about cooking. Season 5 of the James Beard and Emmy-Award wining series from Zero Point Zero Production and presented by WGBH, enters the mind of Chef Ludo Lefebvre. Along with eight new episodes featuring the world-renowned chef and currently one of the most influential members of the food scene in Los Angeles, Season 5 will include six compilation episodes featuring never-before seen footage of some of the best and brightest culinary minds. The Mind of a Chef combines cooking, travel, history, humor, art and science into a cinematic journey, each episode capturing another glorious flicker from the mind of its subject and focusing on what it truly means to cook, think, create and live in the food-obsessed world that is The Mind of a Chef.

Chef, author, and raconteur Anthony Bourdain is best known for traveling the globe on his stomach, on his TV show Anthony Bourdain: Parts Unknown. Somewhat notoriously, he has established himself as a professional gadfly, bête noir, advocate, social critic, and pork enthusiast, recognized for his caustic sense of humor worldwide. He is as unsparing of those things he hates, as he is evangelical about his passions. The chef-at-large at New Yorks famed Brasserie Les Halles, Bourdain is the author of the bestselling Kitchen Confidential: Adventures in the Culinary Underbelly. His work has appeared in The New Yorker, The New York Times, The Times of London, Bon Appetit, Gourmet, Vanity Fair, Lucky Peach and many other publications.