See how a farm in the middle of the city uses fish, and hydroponics, to grow microgreens. 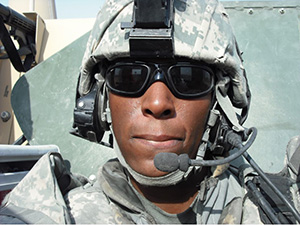 Nate Looney is not your typical farmer. Young, fit, and full of enthusiasm, he bears few similarities with an aging farming population that is dwindling with each new harvest.

“Food is the next great war,” Looney says. “Food security in general, and penetrating food deserts is an all-encompassing battle. We, as veterans, will continue to bear the torch.” 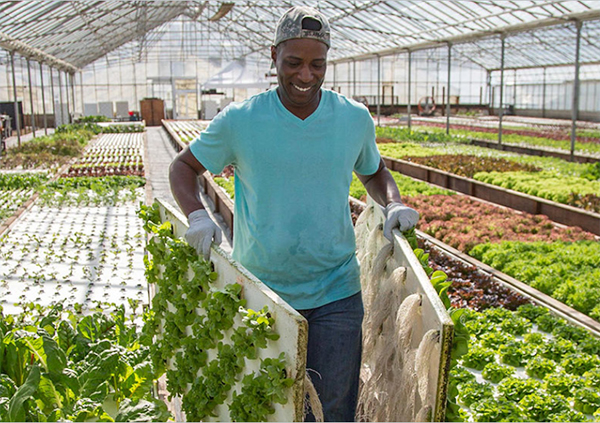 Looney comes from a long line of farmers. His great-great-great grandparents were slaves who, after gaining their freedom, cleared approximately 240 acres in northern Louisiana and established a farm that is still a family operation today.

Today Nate farms microgreens and, for the past several years, has been building his own company, Westside Urban Gardens. He shares space with Edgar Hercila, also a veteran who’s passionate about urban farming and hydroponics. 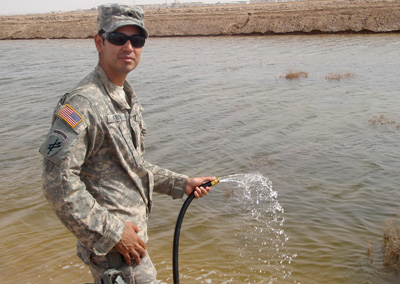 Edgar Hercila is the CEO of Civitas Organics in California.

As a first-generation American and urban farmer, Edgar proudly served his country overseas and has continued to serve through farming.

His journey began when he was deployed to Iraq, where he was tasked with doing a lot of agricultural development and the rebuilding of necessities such as markets and schools. 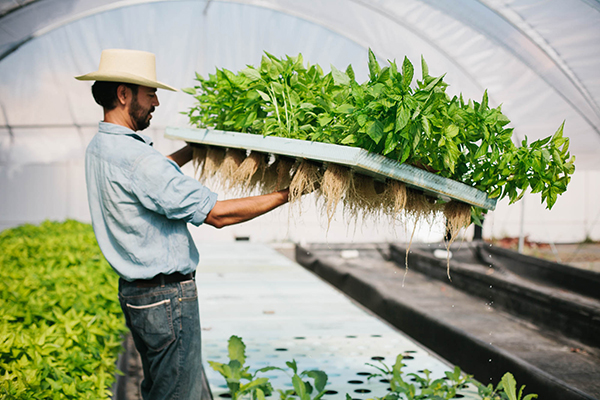 After his deployment, Edgar says it was a natural transition to continue farming.

He lives in the present, he says, and “is an example of someone doing right and doing good.”