Marcus visits the longstanding Mexican community in Chicago — the second largest in the U.S. — to learn about its heritage and traditions. With muralist Juan Angel Chavez, Marcus eats tacos de cecina and grilled nopales, and discusses the important role meat plays in Mexican cooking. Later, master chef Diana Davila shares with Marcus how she combines Chicago’s local ingredients with the traditional techniques of pre-Hispanic Mexican cuisine at her restaurant Mi Tocaya. 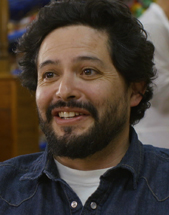 When Juan Angel Chavez’s peers were joining Chicago’s Latin Kings, his mother was enrolling him in art classes and convincing his teachers to push him toward an early-college program at the School of the Art Institute of Chicago. Chavez moved to Chicago via Chihuahua, Mexico, when he was 13 years old, and thanks the Windy City — and his mother — for bringing him his career as an artist. Chavez never graduated from SAIC, but his interactive assemblages, sculptures, and installations are seen around the city’s museums, art centers, and public parks, and at galleries across the globe. 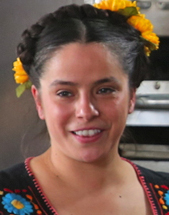 Diana Dávila is the chef and owner of Mi Tocaya Antojería — the Logan Square critical darling that’s praised for reframing Mexican cuisine with dishes like peanut butter and tongue. When Mi Tocaya opened in March 2017, it was Davila’s first foray into solo restaurant ownership; she was the opening chef at Andersonville’s Cantina 1910 but left three months after it opened. (Washington, D.C., locals will know Davila’s name from El Chucho and Jackie’s.) Dávila grew up in Chicago’s South Side and spent her summers visiting family in Mexico — where she says she learned most of her cooking. 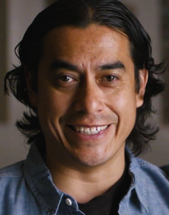 Chef Carlos Gaytan was the first Mexican-born chef to receive a Michelin star (which he did so for two consecutive years) — an accolade attached to his seminal Chicago restaurant Mexique. Earlier in 2018, Gaytan closed the French-inspired Mexican restaurant in West Town on its 10-year anniversary. Now the former Top Chef contestant is focusing on months-old Ha, his restaurant in Mexico’s Riviera Maya. Gaytan, who moved to Chicago in 1991 from Guerrero, Mexico, still plans to return to the Windy City with a series of pop-ups and eventually another brick-and-mortar restaurant.

Where Marcus Visited in Chicago