New Orleans is known for being one of the most vibrant food cities in America, thanks in part to the Vietnamese community’s culinary contributions. With Cindy Nguyen, NOLA’s first Vietnamese councilwoman, Marcus learns about the essentials of the cuisine. Alongside Peter Nguyen and Tung Nguyen, he sees how young chefs are taking culinary traditions and translating them for a new, multicultural generation. Marcus takes in everything, from pho and bánh mì to Vietnamese iced coffee, and hears about the impact the BP oil spill and Hurricane Katrina had on the community. 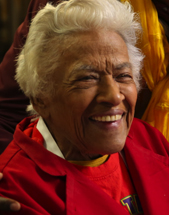 Queen of Creole cuisine Leah Chase maintains her legendary status far past the reaches of New Orleans. For over half of her life, Chase has been a figure of New Orleans’s Dooky Chase — the restaurant she started with her husband, Edgar “Dooky” Chase, in the 1940s as an expansion of a corner stand that sold sandwiches and lottery tickets. In 2016, she received the James Beard Foundation’s Lifetime Achievement Award, and at 95 years old she continues to be celebrated for playing a major role in the civil rights movement, being a champion of African-American art, and transforming the country’s Creole cooking. 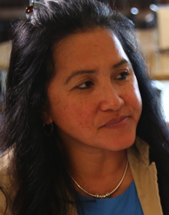 When New Orleans councilwoman Cyndi Nguyen beat out James Gray last fall for the seat representing New Orleans East and the Lower Ninth Ward, she had a nine-point victory. The triumph named her the first Vietnamese-American city council member in New Orleans. Nguyen — who was born in Vietnam — left home with her family at 5 years old, near the tail end of the Vietnam War. The Kellogg Fellow is also the executive director of VIET, a nonprofit she co-founded in 2011 that helps over 600 non-English-speaking families fold into American society. 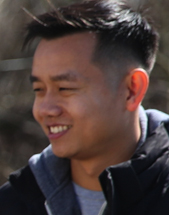 Khai Nguyễn grew up in the Village de L’Est neighborhood of Eastern New Orleans, sometimes referred to as Little Vietnam. Nguyễn graduated from Tulane University with a degree in marketing, which brought him to Veggi — a farmers cooperative comprising local farmers and fisherfolk. Inspired by the effects of the BP oil spill, Veggi is dedicated to providing the highest-quality local produce to the Greater New Orleans area and beyond. At Veggi, Nguyễn coordinates orders from the Vietnamese farmers and also handles public relations and the company’s social media presence.

Where Marcus Visited in Detroit