Marcus Samuelsson goes to the greater Boston area to learn more about Portuguese, Brazilian, and Cape Verdean food traditions. Marcus eats Portuguese chowder with halibut on a fishing boat, visits a Portuguese marketplace where he tries plenty of bacalhau, and later, in a home kitchen, he makes a bacalhau gratin with cheese and potatoes. He also learns the history of Afro-Brazilian martial art capoeira over açaí bowls and Brazilian baked goods, listens to a Cape Verdean singer and tries Cape Verdean specialties like cachupa and jagacida, and, of course, heads to a churrascaria for lots and lots of meat. 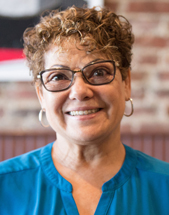 Known as Fafá, Maria de Fatima Langa was born in Espírito Santo, southeast coast of Brazil. Ever since she was a little girl she was always fascinated by cooking and preparing dishes; spending most of her childhood in the kitchen helping her mom prepare meals. Later, she moved to the U.S and worked as a tour guide around New York City and Canada. Eventually her passion for cooking guided her and her husband to open up Muqueca at Inman Square, which at the time was a rather small restaurant. Business picked up and the couple moved to a bigger space one block away. 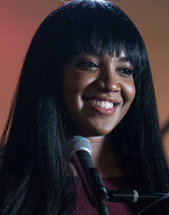 Shauna Barbosa is the author of the poetry collection Cape Verdean Blues (University of Pittsburgh Press, 2018). Her poems have appeared or are forthcoming in The New Yorker, AGNI, The Southeast Review, Virginia Quarterly Review, Tupelo Quarterly, Boulevard, Poetry Society of America, PBS Newshour, Lit Hub, Lenny Letter, and others. She was nominated for PEN America’s 2019 Open Book Award and was a 2018 Disquiet International Luso-American fellow. Shauna received her MFA from Bennington College in Vermont and currently resides in Los Angeles, California where she teaches Creative Writing in the Writers’ Program at UCLA Extension. 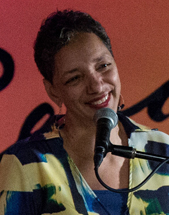 Born and raised in New Bedford, Massachusetts, vocal artist “Candida Rose” captivates her audiences with the golden aura of her radiant presence and stirs them with a uniquely compelling voice that combines the overtones and undertones of jazz, rhythm and blues, and gospel with just the right touch of international spice. Candida Rose’s 10-song debut CD entitled “KabuMerikana: The Sum of Me,” combines her Cape Verdean musical roots with her American influences to bring a fresh new take on world/jazz music which she calls “KabuJazz”. Candida Rose is a recent graduate of the University of Massachusetts, Dartmouth where she graduated “Summa Cum Laude” with a Bachelor of Arts Degree, majoring in Music (African-American/World music) and a minor in African and African/American Studies.

Where Marcus Visited in Boston