Marcus Samuelsson visits Las Vegas to learn more about the city’s long-standing Chinese community and their food traditions. He makes hand-pulled noodles and Peking duck, eats regional favorites from xiao long bar and beef noodle soup to cumin lamb and fish braised in clay pots. Marcus also learns about the traditions of herbal medicine and teas prevalent in the community, and watches Chinese musicians play the drums and dance in a rehearsal before enjoying a home-cooked meal with the dancers and their families. 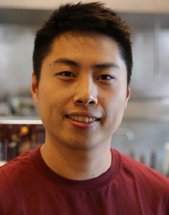 Sam Huang, an entrepreneur with a vision of food and beverage industry in Las Vegas. Sam graduated from The University of Nevada, Las Vegas with a Bachelor’s Degree in Hospitality, Food and Beverage Administration in 2013. Before Sam had decided to start his new journey as an entrepreneur, he interned at China One, Szechuan Restaurant, and Chen’s Chinese. He obtained great insight and management skills in food and beverage management. Sam has also worked as brand ambassador and sales consultant of the famous Italian luxury retail brand Bottega Veneta, assisting with marketing strategies, planning and employee training. In 2016, Sam founded his very first restaurant – Shang Artisan Noodle, a Chinese noodle workshop serving traditional hand-pulled noodles and knife-shaved noodles in a contemporary fashion. After 3 years in business, Shang has become one of the most popular restaurants in Las Vegas. 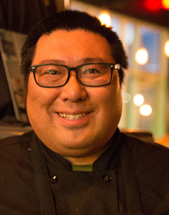 Sheridan Su grew up in Monterey Park, CA. There, he began his culinary upbringing in what is now considered one of the largest culinary playgrounds in the country. He trained at The Culinary Institute of America in Hyde Park and at many prestigious kitchens from NYC, Boston to Los Angeles. In 2005, Sheridan made the move to Las Vegas to join the opening teams of Joel Robuchon, Social House, Wazuzu, and Comme Ca at the Cosmopolitan. Since opening his first independent restaurant, Great Bao in 2011, Chef Sheridan has opened Fat Choy, Flock & Fowl and Flock Downtown. These restaurants have captured the attention Food & Wine, NY Times, LA Times, San Francisco Chronicle, USA Today, Las Vegas Weekly, The Review Journal, NPR, Food Arts and The Food Network. In 2018 and 2019, Sheridan was nominated for “Best Chef: West” by the prestigious James Beard Foundation. 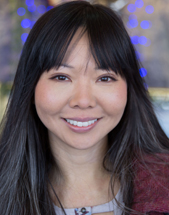 Passionate about music and event planning, Crystal has played in hundreds of weddings both locally and internationally within the 25 years that she has been playing the violin. She is currently a violinist in Celine Dion and Rod Stewart’s Las Vegas productions at the Colosseum in Caesars Palace. She has also had the honor of performing around the world with many amazing artists and shows including Barbra Streisand, Mannheim Steamroller, Beyonce, John Legend, Shakira, Andrea Bocelli, Rascal Flatts, Ronnie Dunn, Taylor Swift, Phantom at the Venetian, Lion King at Mandalay Bay, and many Academy of Country Music Awards and Latin Grammy Awards. You can also catch Crystal playing with Pop Evolution at The Smith Center and BBR’s production of Alice at various venues. When she is not performing, Crystal stays on top of her game by teaching a studio of private violin students. In her free time, she enjoys gardening, cooking and hostessing various events including wedding showers and baby showers.

Where Marcus Visited in Las Vegas