Marcus Samuelsson arrives in sunny Los Angeles to meet with Armenians influencing the city’s food scene. Armenian food is diaspora food — the community is widespread, building homes in countries like Turkey and Syria following the Armenian Genocide. Watch as Marcus gets to know the people retaining and growing the city’s Armenian food culture, from traditional favorites like manti, ponchiki, and lule kabob to next-generation takes including barbecue and even shawarma tacos. 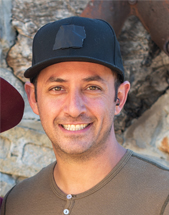 Born and raised in Los Angeles Ara spent most of his younger years skateboarding and snowboarding though he always had his heart in the kitchen. He attended culinary school at Le Cordon Bleu and built a career as an Executive Chef specializing in recipe development and food styling. He has worked with Jaime Oliver Food Revolution, Food Network, ABC, CBS, NBC, Breville, Gelson’s and a range of others. He is a bow hunter, triathlete and fills any available time he has training parkour. He is currently finishing up his cookbook Lavash with coauthors Kate Leahy and John Lee set to be released October 29th 2019. 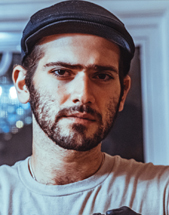 Arthur Grigoryanan is an Armenian chef/pitmaster from Los Angeles, California.His career in cooking started after high school when he moved to France and spent two years studying the cuisine and gastronomy of the country working at Drouant under Chef Antoine Westermann in Paris and Château Siaurac in Bordeaux. Upon returning to his home of Los Angeles, he managed to get a job working for Nancy Silverton at Mozza where he was introduced to a more traditional rustic approach to cooking through Italian cuisine. During a trip to Texas he was introduced to American BBQ; he stood in line at Franklin’s BBQ in Austin for five hours and when he took the first bite of brisket he had an epiphany which led him to change paths in his career from fine dining to BBQ. He now runs an underground Armenian barbecue operation called III Mas BBQ named after the neighborhood his family in Yerevan, Armenia is from. The name III Mas translates to “Third District.” 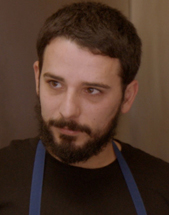 Armen Martirosyan is a chef at Mini Kabob, an Armenian restaurant in Los Angeles. He’s also the founder of Mid East Tacos, a Middle Eastern/Mexican fusion pop-up and food cart, also in L.A. At Mid East Tacos, Martirosyan uses Armenian recipes that were passed down for generations with Egyptian influence and a twist of a Mexican fusion that bring mouthwatering ingredients to create kabob and falafel tacos and kabob burritos.

Where Marcus Visited in Los Angeles