Marcus Samuelsson heads to Philadelphia, where he meets new friends and old, and learns more about the city’s Italian food scene. Italian-Americans have been driving food culture in the U.S. for over a century, and Philadelphia is one of the original hubs for both classic and modern Italian cuisine. From the Di Bruno Brothers shop in the century-old Italian Market to the chefs, who are now trying to bring more regional cooking to the U.S. and showcase their hometown flavors, this episode has everything from pizza to cannolis, with plenty of red sauce, burrata, and hand-made pasta in between. 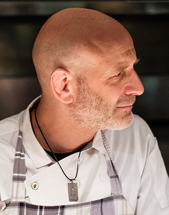 Marc is the chef and founder of Philadelphia’s critically acclaimed Vetri Cucina. A Philadelphia native, Marc opened the storied restaurant in 1998 with his business partner, Jeff Benjamin. Within two years of Vetri Cucina’s debut, Marc was named one of Food & Wine’s “Best New Chefs” and received the Philadelphia Inquirer’s highest restaurant rating. In 2005, Marc received the James Beard Award for “Best Chef Mid-Atlantic.” Following years of accolades at Vetri Cucina, Marc and Jeff opened Osteria, Amis, Pizzeria Vetri, Lo Spiedo and Alla Spina, all of which played integral roles in Philadelphia’s restaurant resurgence. In 2015, Urban Outfitters Inc., a leading lifestyle retail company, joined forces with several of The Vetri Family restaurants. After overseeing a successful transition, Marc decided to rededicate himself to pushing culinary boundaries at Vetri Cucina. Vetri Cucina received renewed acclaim in 2017, maintaining its esteemed “Four Bell” rating with the Philadelphia Inquirer and earning a spot on AAA’s exclusive list of Five Diamond Restaurants. In 2018, Marc continued to expand Vetri Cucina’s horizons with a second location at The Palms Casino Resort in Las Vegas. Featuring sweeping views of the Las Vegas strip and Red Rocks mountains, the restaurant offers an a la carte sampling of the rustic Italian dishes Marc and his team have spent decades crafting in Philadelphia. In addition to his restaurants, Marc is the driving force behind the Vetri Community Partnership, a non-profit dedicated to nutrition education. He is also the author of four award-winning cookbooks. 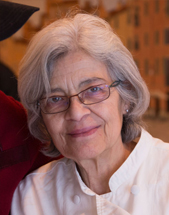 Chef Franca DiRenzo was born in Monteroduni, Isernia (in Molise, Italy, situated in the centrally located Appenini Mountains). Franca emigrated to Philadelphia via ship with her older brother (both young teens at the time) after her parents came to America two years before. Franca wasn’t always a chef. She started working as a seamstress and then followed her dream to work as a stylist in a hair salon, after a few years of working in a posh center city salon she began to develop harsh allergies to the dyes and chemicals and needed to find a new line of work. Coming from Italy, healthy food, fresh ingredients and nutrition were simply part of her everyday lifestyle. Being the youngest sibling, as a child, Franca always stood by and worked alongside her mother who was well known for her own “farm to table.” Her mother was a farmer and catered events and festivals in the small town. Chef Franca took her experiences and knowledge that her mother helped develop with her. Walking down East Passyunk Avenue (back in 1994 which looked very different than it does today) she saw a “For Rent” sign in the window and decided the little spot would be a great place to start her BYO. She opened the first restaurant in a spot where for a little over a decade there were very few restaurant businesses (let alone one owned and operated by a woman) and the rest is history. 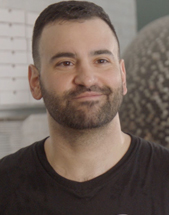 Fourth generation sicilian pizzaiolo from Philadelphia, PA. Even though Carollo makes Neapolitan pizzas, much of his style and influence comes from his Sicilian heritage. His parents are from Carini (Sicily), where food is a way of life. Carollo uses old world techniques to help preserve the art of Italian pizza making.

Where Marcus Visited in Philadelphia