Lidia meets U.S. Army Veteran Jenine Melton, whose brother Jesse died in the line of duty 12 years ago in Afghanistan. On the 12th anniversary of Jesse’s death, Jenine spends the day volunteering with Operation Gratitude. During the COVID-19 pandemic, they send care packages, not only to military personnel but also to Frontline workers in the U.S. Lidia adds her own handwritten letter of thanks to a care package.

Watch as Jenine continues the tradition of volunteering or serving, in her brother Jesse’s memory, by helping out at ‘Operation Gratitude’. 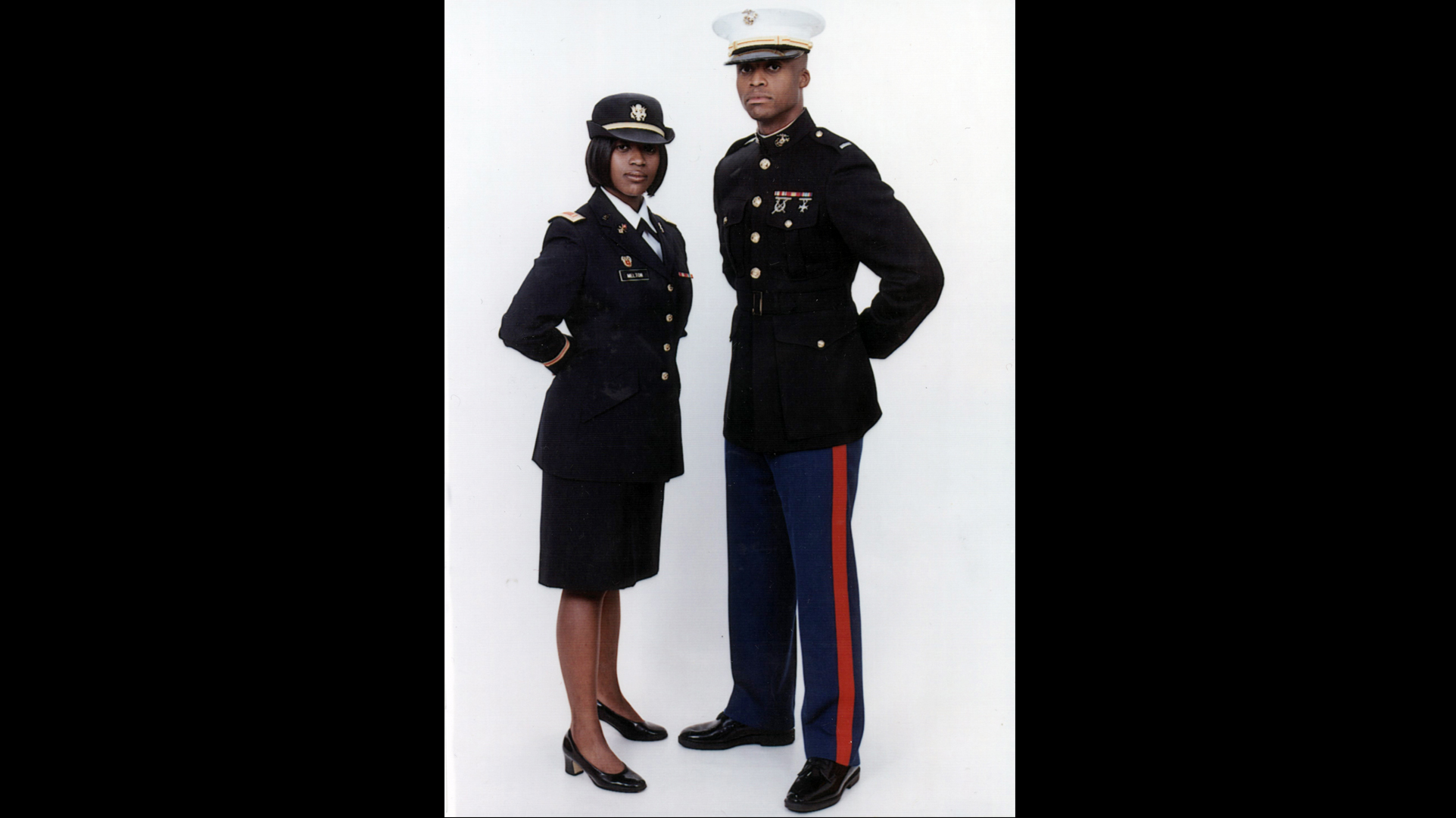 “My father served in the army in Vietnam. My grandfather served in the Navy in World War II, and that inspired my brother and I both to serve. But truly what inspired me is watching my brother. When he made the decision to join the Marine Corps, I literally saw how it changed Jesse. He was truly a servant leader, not only in title but in action. He put others before himself all the time, without a question. Service does run deep in my family. My mother was a nurse. She did over 30 years of service, taking care of patients within the medical field, supporting doctors. She was phenomenal. Nurses, doctors, police officers, and firefighters are essential to the workforce. We could not be able to function within our local communities without their support and service.” – Jenine Melton 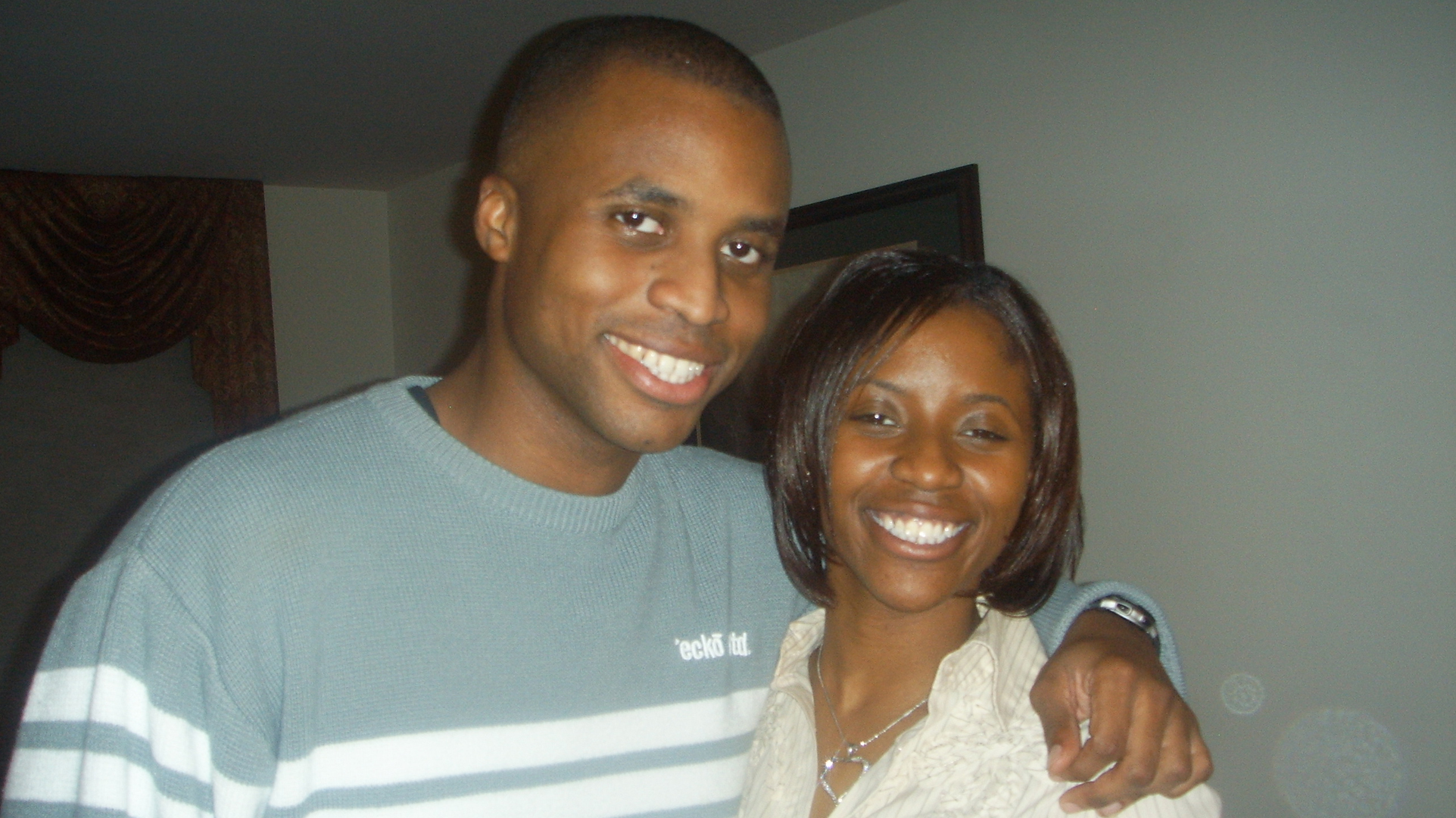 “My brother was 18 months older than myself. We were very close, him and I. It’s the 12-year anniversary of his passing, and it’s still very challenging for me to even talk about him in the past tense. He’s always going to be here in my heart. I think of him every day and, in everything that I try to do, I try to make sure that I’m keeping his memory alive. My mother always emphasized that spending time with family is important because you never know. Having lost my brother, I know that to be true. We need to capitalize and value every moment that we have with our loved ones. And I have so many good memories with my family.” – Jenine Melton 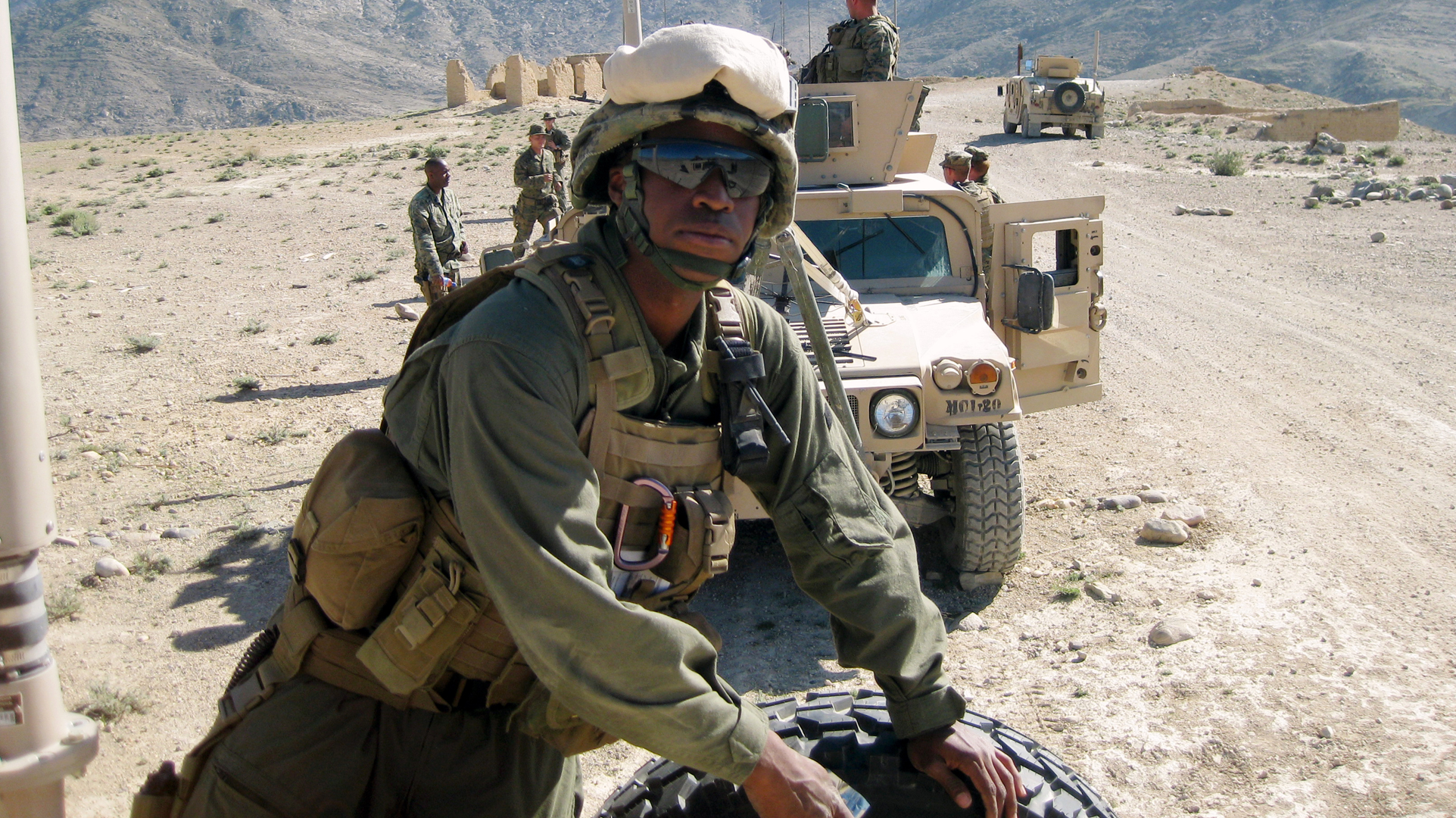 “I was a DOD civilian, working for a Department of the Army. My HR director reached out to me and said, “Jenine, we’re looking for an HR advisor to serve in Afghanistan and Kabul. Do you think that you’d be interested in deploying?” It had only been about two years since my brother had passed and I wanted to do something to honor my brother. My mother wasn’t sure, but I told her, “Jesse was not able to finish his tour in Afghanistan, but I can. And while I’m over there, I’ll make sure that every service member, every DOD civilian, contractor, anyone walking around there knows about Jesse, what he did, and how proud we are of him. I want to be able to deploy in his honor.” – Jenine Melton 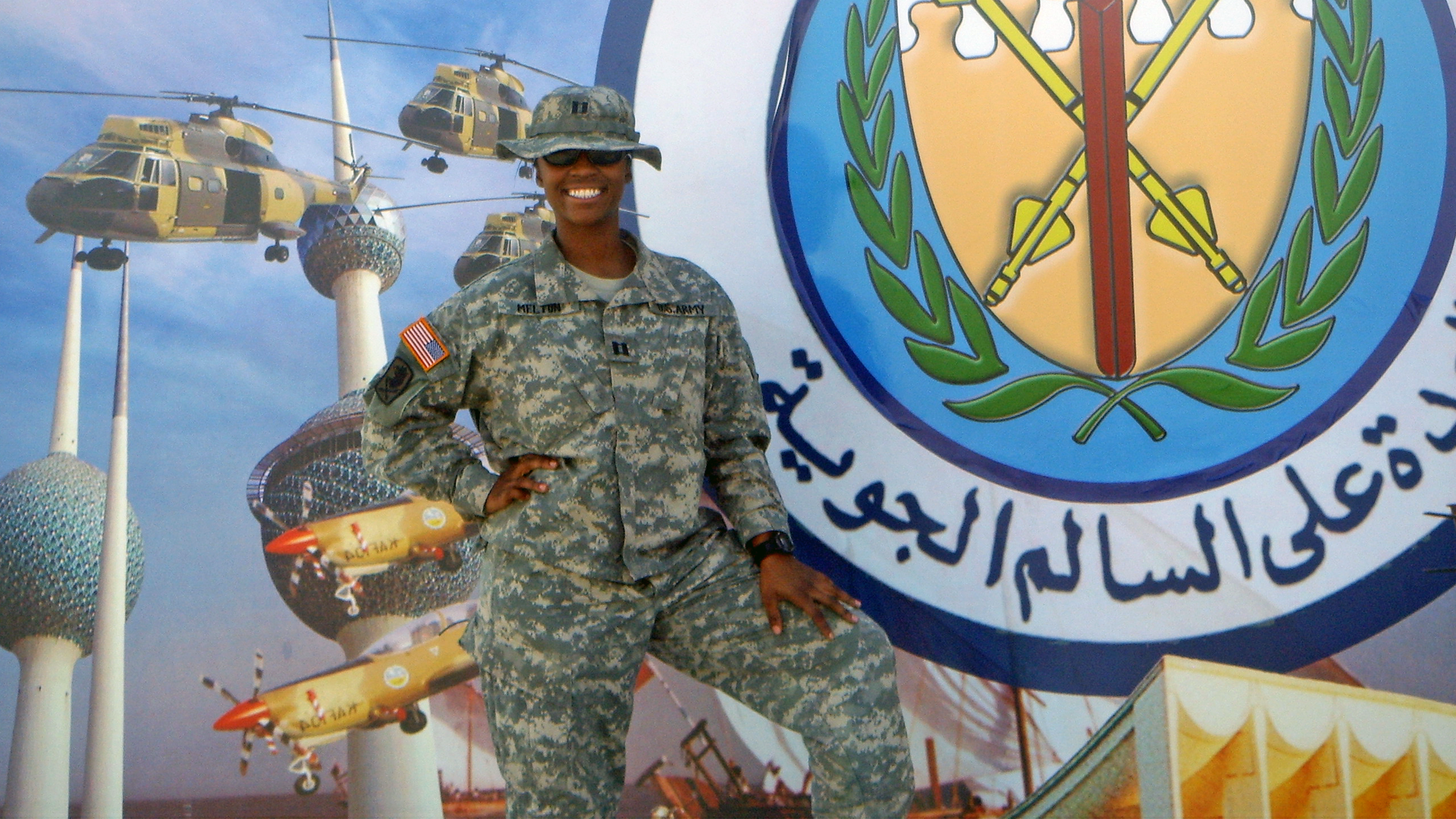 “I wanted to join the armed services to be a change agent. I wanted to make a difference. I wanted to motivate and inspire the future leaders of the military armed forces. And during the time that I served, I feel like I did that. I cared for my soldiers. I talked with my soldiers. If they were out there working late at night, I didn’t go home and go to bed. I was out there working late at night with them because we are a team. And it was a family. And it was important that they knew wherever they are, if they’re walking in the dark, I’m walking in the dark with them. – Jenine Melton 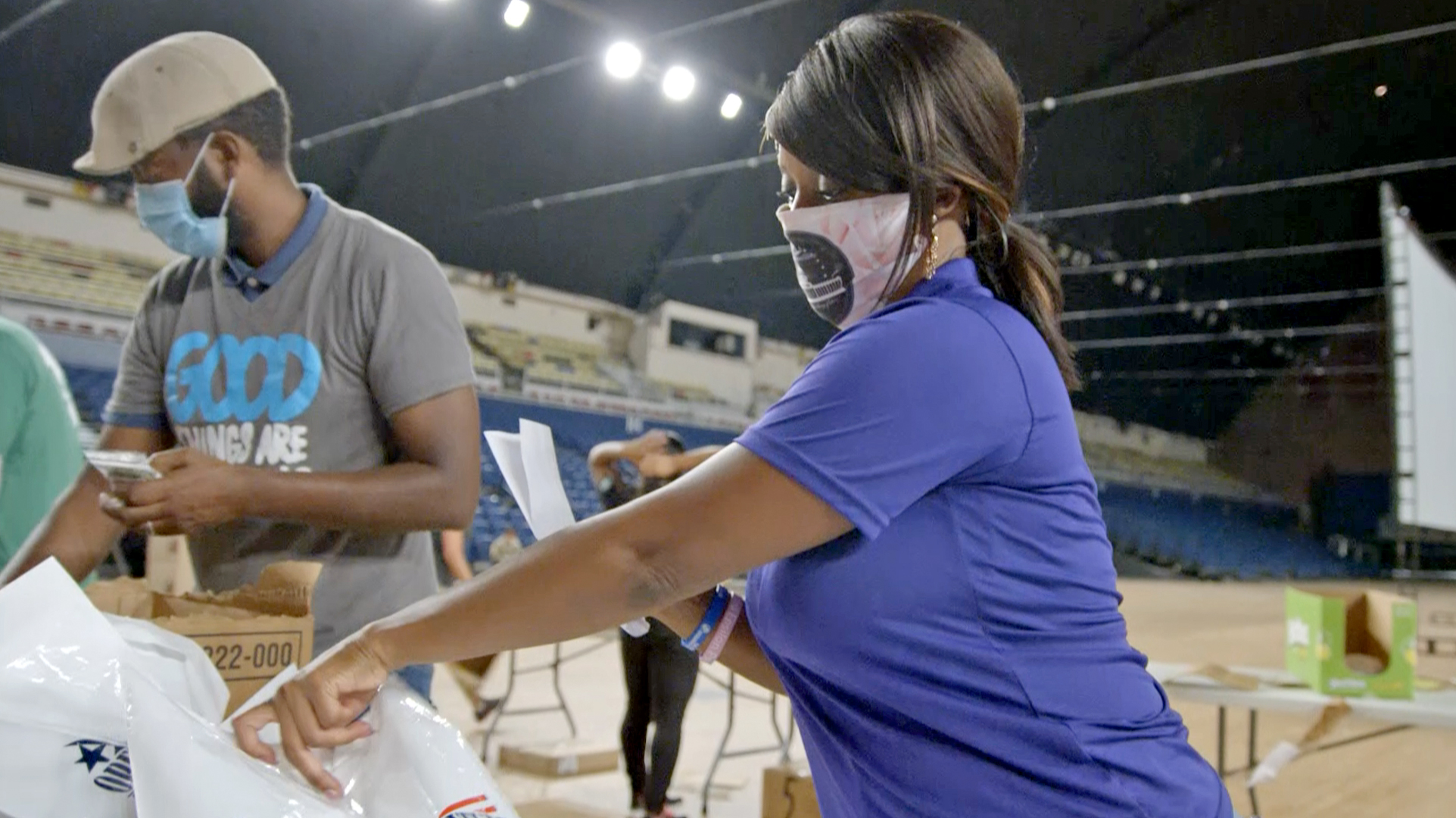 Jenine volunteering with ‘Operation Gratitude’ in 2020.

“Back in 2003, during my first deployment in Iraq, we moved around the battlefield a lot. However, when packages were able to come through, it meant so much. At the time we had limited resources, we really did not have a lot of supplies. So, getting those care packages, whether it was a packet of Gatorade, a stick of gum, a tuna packet, some crackers; it gave you a little bit of back-home feel. And I remember there were times we would get letters from students just saying, “Thank you.” And that meant so much. Every year since my brother’s passing, I try to find different ways, wherever I can, to volunteer. I volunteer with the Red Cross Organization, with Charlotte Hall Veterans Home, where I live in Southern Maryland, with the VA Medical Center.” – Jenine Melton