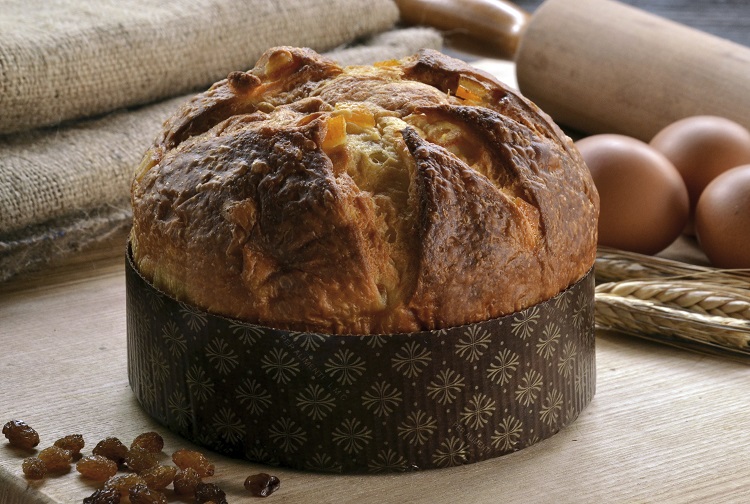 Italian holiday gatherings always include panettone as my friend Carlo Ponti Jr mentioned during the holiday special. Even though we had a very full house during the holidays, I still have panettone! This particular recipe is a favorite one of mine, and I plan to make it this weekend.

Panettone and Chocolate Parfait Ingredients Directions Put the 1/2 cup heavy cream in a bowl set over a pan of hot, but not boiling water. Heat for a few minutes, add the chopped chocolate and then stir slowly until the chocolate is melted and completely smooth. Add the dark rum and stir again until smooth. Keep it warm, over the water, off the heat. Meanwhile, whip the cream until soft peaks form. To assemble: To finish, dollop another layer of whipped cream, using it all up and sprinkle the remaining almonds and drizzle remaining melted chocolate on top of each parfait.
Presented by: